“Ultimately, it may be that the differences are just too wide," Obama said of reaching a deal with Republicans 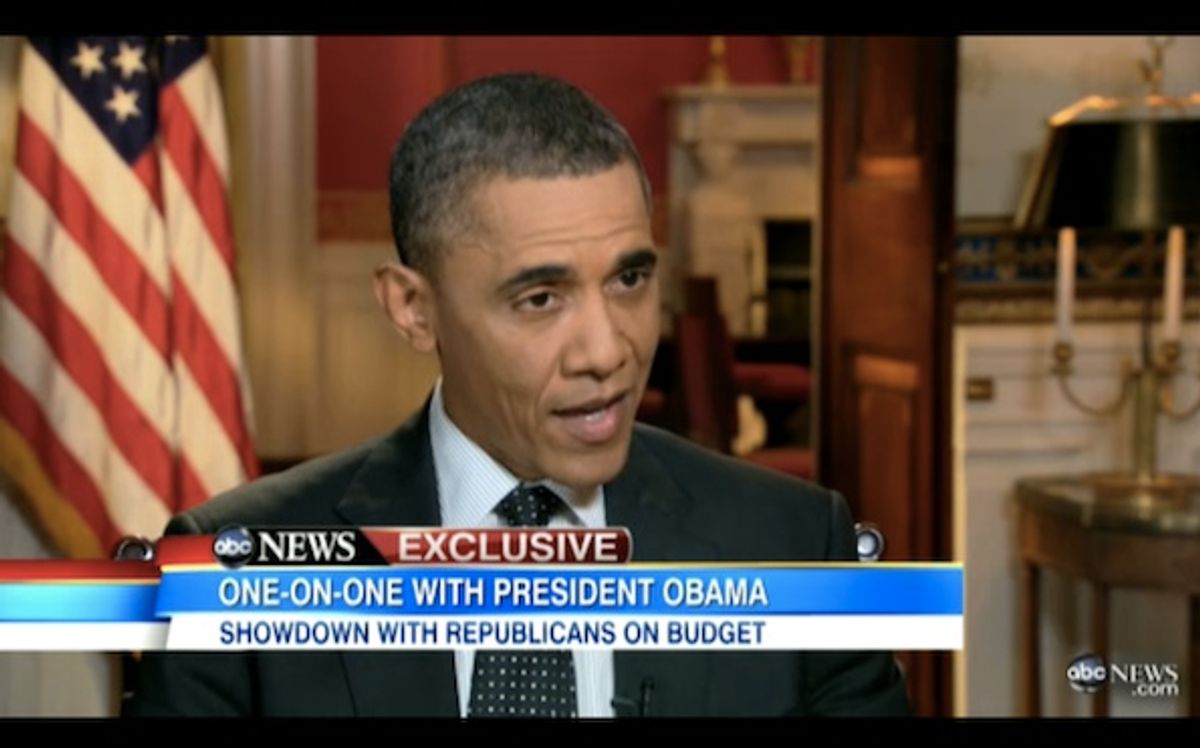 President Obama rejected Paul Ryan's austere budget plan, saying that "my goal is not to chase a balanced budget just for the sake of balance."

Ryan's plan, released on Tuesday, would slow spending, repeal Obamacare and make deep cuts to Medicare and Medicaid. In an interview with George Stephanopoulos of ABC News, Obama said he, once again, does not accept Ryan's plan. "We're not going to balance the budget in 10 years because if you look at what Paul Ryan does to balance the budget it means that you have to voucherize Medicare, you have to slash deeply into programs like Medicaid," but "my goal is not to chase a balanced budget just for the sake of balance," he said.

Obama continued: "If we’ve controlled spending and we’ve got a smart entitlement package, then potentially what you have is balance. But it’s not balance on the backs of, you know, the poor, the elderly, students who need student loans, families who’ve got disabled kids."

When asked about reaching a budget deal with Republicans, the President said that “Ultimately, it may be that the differences are just too wide.  It may be that, ideologically, if their position is, ‘We can’t do any revenue,’ or, ‘We can only do revenue if we gut Medicare or gut Social Security or gut Medicaid,’ if that’s the position, then we’re probably not going to be able to get a deal."