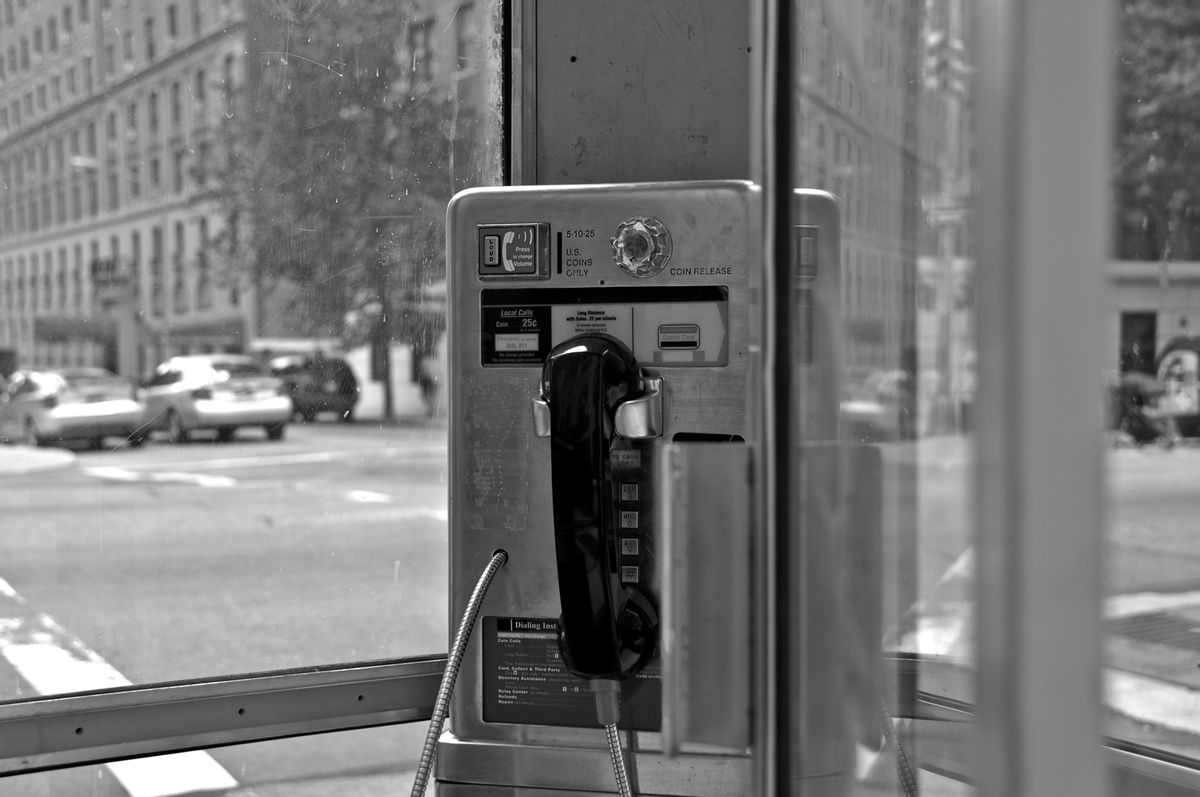 The winners of a city-sponsored contest to redesign New York’s payphones have been announced, and it looks like the clunky yet iconic — and these days, often broken — booths of decades past will soon be replaced by slim, digital screens offering wifi, summaries of weather conditions, a chance to pay your parking tickets, and much more.

From more than 100 submissions, a panel of judges selected six winners in the categories of connectivity, creativity, visual design, functionality, and community impact (two-way tie). The designs vary in terms of their physical look and the specifics of what the kiosks can do, but the overall aesthetic is definitely sleek and minimal. Smart Sidewalks, for instance, the winner for Best Functionality, is a half-foot-wide strip “that folds up from the sidewalk,” according to the designers. It features a touchscreen above ground that would let users send emails, get subway directions, and more — “a location tethered smart-phone,” they say — and a below-the-sidewalk component that would include a sensor to read weather data and a system to collect and filter storm runoff.

Windchimes, one of the winners for Best Community Impact, picks up on this idea of weather sensors, ostensibly “providing real-time and hyper-local records of the city’s rain levels, pollution and other environmental conditions” through a spare, wooden, folded booth. The other community impact winner, The Responsive City, also echoes the form of the old-school phone booth with a curved exterior shell. That design offers to let you pay or dispute your parking tickets or call a cab right from where you stand.

Windchimes’s design for a phone booth

The winner of the Best Visual Design is Beacon, a slim, two-part tower that offers the city ad space on top and gives users access to community message boards, among other functions, on bottom. This one’s solely voice- and gesture-controlled, though, which seems like a disaster waiting to happen in New York City, even if the creators promise “directional microphones and noise canceling speakers …, and an array of sensors to track gestures.” One cool feature is that the screens would adapt for big city events, like becoming mileage markers for the NYC marathon, and would also offer helpful info in case of emergencies, such as directions to nearby shelters (the creations promise “uninterruptible power supply … on a regular and consistent basis, even during a blackout”).

Despite the Best Visual Design win, the Beacon, I think, leaves something to be aesthetically desired: the upper and lower halves of the tower are set in a perpendicular twist — a functional but, in my opinion, sort of dull and unimaginative look. Same with the winner for Best Connectivity, NYFi, which is just a tall, glowing rectangular slab. NYFi does two different heights, though, depending on whether the kiosk is in a residential or commercial district, and it promises to be “a hub for free wireless internet access” as well as a catch-all for buying MetroCards, paying for parking, and other amenities. My favorite design, hands down, is the Loop, winner of the Creativity Award, which features a scalable loop emerging from the ground that encases the user in a stylish mini-phone booth — a bit of privacy, plus a nod to its predecessor.

The city will award a special Popular Choice award to one of these six winners, so you can vote for the one you like best through tomorrow at 5 pm on the City of New York’s Facebook page. After that, the next step will be for the city to solicit a Request for Proposals from companies interested in working on and building the new payphones … all 11,000 of them.