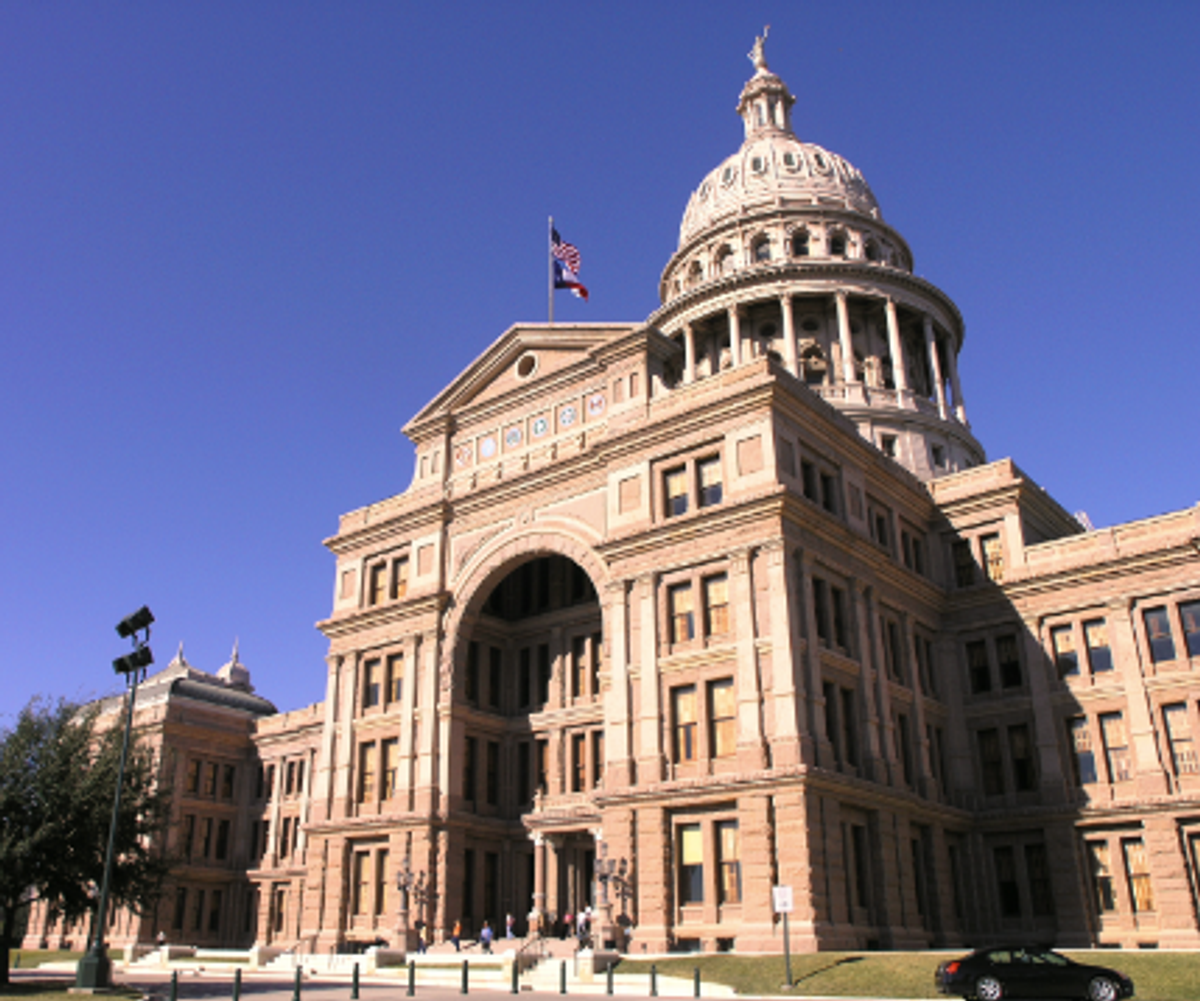 Clergy from across Texas have gathered at the Capitol building in Austin to publicly call on legislators to stop their ongoing attacks on reproductive rights and abortion access. Representatives from Christian and Jewish denominations, non-denominational gospel and Bible churches, Catholic organizations and Unitarian Universalist groups gathered to pray together for a "beloved community" that requires that "all women have access to safe, affordable healthcare,” prayed the Rev. Valda Jean Combs of St. James United Methodist Church in Waco.

The presence of progressive religious leaders at the Capitol stands in stark contrast to a years-long attack on women's reproductive rights in the state. During the 2011 legislative session, Texas lawmakers cut $73 million from family planning programs, followed by a 2012 decision by Gov. Rick Perry to dissolve the state’s partnership with the federal Women’s Health Program, forfeiting millions in Medicaid funding for low-income women’s healthcare.

Leading the charge to change the dialogue around contraception and faith in the state is the Texas Freedom Network, a non-profit religious freedom organization which released a study this month that found that most Texans, even born-again Christians and Catholics, “support government taking action to ensure that Texas women can make their own decisions about family planning, including providing state funding for family planning and birth control programs in the state.” [...]

While conservative lawmakers seem to believe they have the force of God, the Bible and the public behind them when they gut family planning programs, it seems that in reality, a largely silent majority of Texans do not believe that having faith means eschewing contraception. And their faith leaders are speaking out on their behalf, with 371 religious leaders signing a public petition in support of reproductive health care.

“One thing that’s kept me a United Methodist is that Methodism allows me to think for myself,” said Rev. Richard Bates, a retired minister who says his faith “allows me to make my own choices as I see them.” That sense of God-given personal responsibility is what he says drives him to support publicly funded access to contraception so that Texans are empowered to control their own fertility.

“I should have no say-so in any woman’s pregnancy, to choose or not to choose,” he said. “Each case is unique, it’s theirs. I should not impose myself on them.”