A "Capturing the Friedmans" subject -- who served 13 years -- could be vindicated, thanks, in part, to the director 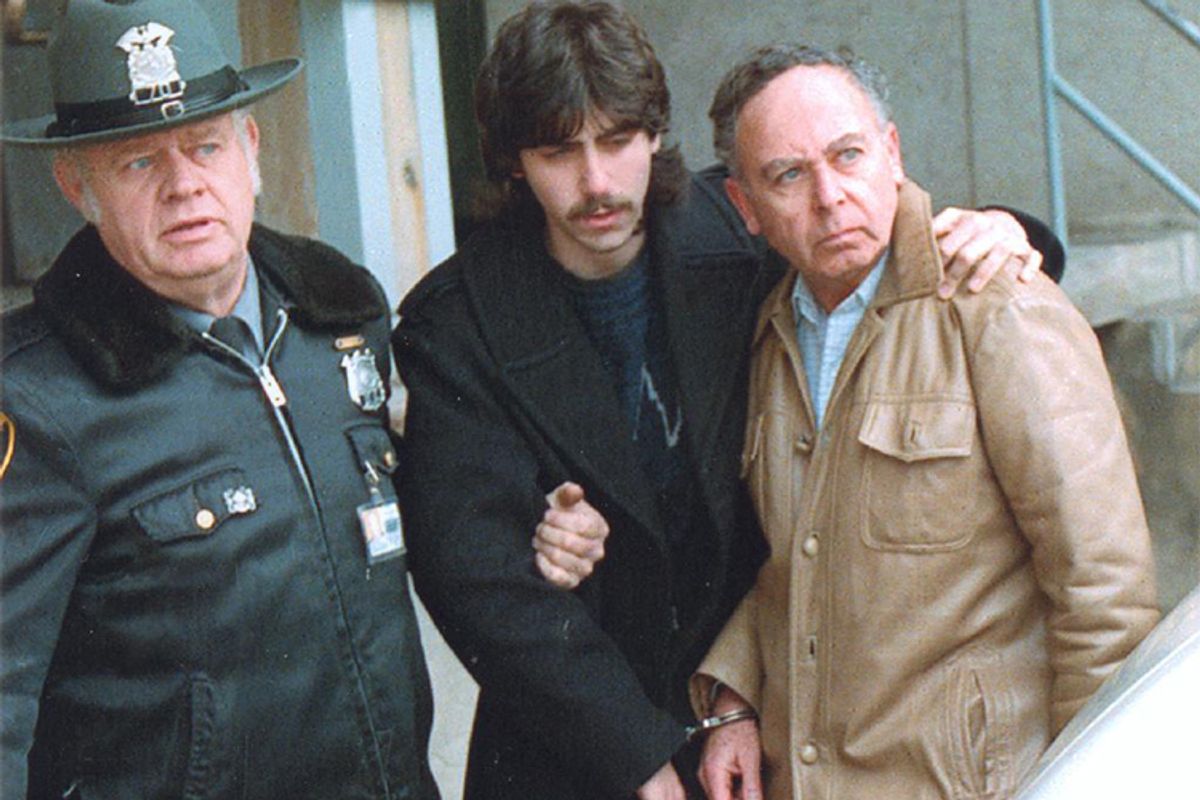 "Capturing the Friedmans," Andrew Jarecki's documentary about a Long Island family caught in a firestorm of sexual abuse allegations, came out in 2003, and the intervening years have not been kind to one of its subjects.

"I spent five years on parole," said Jesse Friedman, who pleaded guilty to charges of sexual abuse of minors in order to avoid a life sentence for crimes he says he did not commit. He told Salon: "Parole was living life every day with the threat of being sent back to prison." He had served 13 years, beginning at age 19, and had not been able to find steady employment since his 2001 release, working for a time as an electrician's apprentice. He now supports himself by selling books online, and writes in a statement  that his sex-offender status has made it difficult to find a home for him and his wife (Friedman married in 2007),  and impossible to imagine having a child. Megan's Law, he writes, "is social exile."

Friedman's conviction could very well be overturned -- and very soon, some observers believe. And if it is, it may be largely because of the work of Jarecki, who has helped Friedman's defense team with critical new information, including original accusers' recanting their earlier claims. And it has been motivated in part, he says, by the impression left by his film.

"Because the film had some level of ambiguity, part of my obsession with staying engaged is about correcting the record," he said.

Friedman's case was reopened in 2010, when the U.S. 2nd Circuit Court of Appeals asked Nassau County District Attorney Kathleen Rice to investigate potential misconduct because of what it called "moral panic" -- and concerns about the partiality of  the judge, who told Jarecki's cameras in "Capturing the Friedmans" that there "was never a doubt in my mind" about Jesse Friedman's guilt. The 2nd Circuit saw "'a reasonable likelihood' that Jesse Friedman was wrongfully convicted."

Indeed, it was the documentary's very existence that allowed Jesse Friedman to build a case for an appeal to the 2nd Circuit Court. "I had hired three different private investigators, from prison, to go out and try to talk to people and appeal to their empathy to correct the injustice," Friedman said. "Those efforts were futile. The filmmakers were able to come along as impartial outsiders and with some journalistic privilege and they were able to talk to people that a private investigator or attorney hired on my behalf could not."

Friedman rejects, though, the notion that Jarecki originally had been his ally in seeking exoneration. "They were extremely independent while they were making the film. I was still incarcerated when they started working on the film," he said. "But when we were promoting the film together, one thing led to another."

The film focused on Jesse Friedman and his father, computer teacher Arnold Friedman, and the questionable police sting and investigation that led to their arrests. As Salon film critic Charles Taylor wrote at the time: "I don’t see how any reasonable person could watch 'Capturing the Friedmans' and not see it as a tale of mass hysteria and the American judicial system gone amok." But Arnold Friedman, who died while serving out his sentence in prison in 1995, and the main target of the abuse allegations, was caught with child pornography, and admitted to having molested two young boys, and, once, his brother. (A court has not revisited the case against Arnold Friedman.)

Critics and audiences raved about the film and Jarecki's scrupulously fair presentation of the case; it was marketed with the tag line "Who do you believe?" Now, having learned more about the case in the decade-plus since it was released, Jarecki is less ambivalent.

"But my thinking, with respect to Jesse, has evolved. My sense of responsibility to him has increased. My sense of the relevance of the film has decreased."

Since the film came out, Jarecki has had a busy career with other projects -- which include producing "Catfish" (both the documentary and the MTV series), and directing the film "All Good Things," starring Ryan Gosling and Kirsten Dunst. But information about Jesse Friedman's case continued to find its way to him. "Once you make a movie about something, especially if it's a kind of obscure subject that people have an emotional investment in," said Jarecki, "there's no other place for them to go with their information. The people have come to us, especially in the last two and a half years."

Jarecki began sharing information with Jesse's pro bono defense team in 2003, shortly after the film's release, he said: "I tried to keep them abreast of any big developments in our investigation as we went. I didn't think there were big areas off-limits."

Jarecki eventually managed to track down 10 of the 14 original complainants in the Friedman case. Of those 10, four have recanted the accusations on tape, and another five would or could not affirm their earlier accusations. Only one still stood by his original accusations -- accusations, he says, he only remembered through memory-recovery techniques like hypnosis. Furthermore, 11 more of the complainants' classmates have provided affidavits or recorded statements saying  the abuse, which was supposed to have happened in the open and during Arnold Friedman's computer class, never happened in their presence. (Jarecki published snippets of the evidence assembled in the past 10 years online.)

But Jarecki isn't concerned solely with the welfare of Friedman: "I'm equally concerned about the hundreds of people who were told by the police, falsely, that their children were attacked and falsely molested."

"That perverts your outlook on life," he said.

As for how and why Friedman ended up in prison, Jarecki blames the coercion of young witnesses and the judge's certitude before having seen any evidence.

Asked to describe his level of confidence that Friedman's name would be cleared, Jarecki said: "I try to be guardedly optimistic. The D.A. has to recognize that this case was prosecuted using techniques that should be among the top 10 things you don't do in a sexual abuse case with young victims."

For his part, Friedman is slightly less cautious in his optimism, saying: "In the past few weeks, the outcome has been moving from the realm of 'When pigs fly,' to 'We might actually win this thing.'" But he's nervous about what would lie beyond that. "It was 25 years of my life; I could have had a whole second life. I could have had a whole career, a wife, kids, everything! Twenty-five years is a lifetime of accomplishments. At 43, I'm still waiting to start my life. I'm waiting to start a career, a family, build community contacts and lifelong friends."

He paraphrased something his wife had told him: "I don't really know what it's like to be an adult and have true freedom."

He's unlikely to be the subject of another film, said Jarecki, who's working on a documentary about the wealthy real estate scion Robert Durst (the inspiration of "All Good Things"). He says he began gathering information, and videotaping interviews, purely out of a sense of justice. "But if the district attorney doesn't see fit to do the right thing, maybe all bets are off. If that's what's required, I might have to start thinking about a new film."