The Russian president demonstrates a fondness for Soviet-era physical education 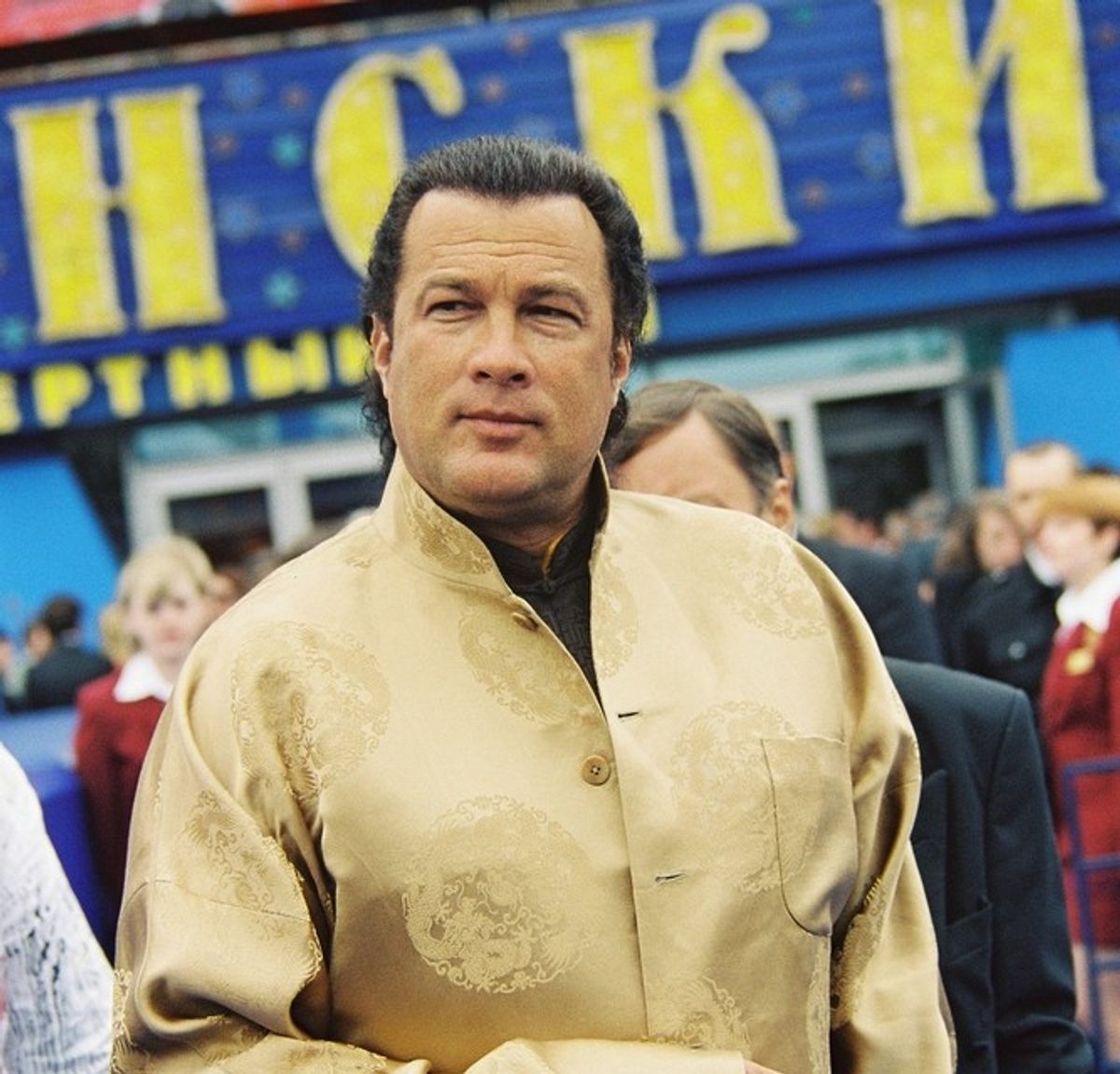 At a martial arts school outside of Moscow, he said, "I think it would be quite appropriate to recall the positive experience of past decades when the so-called GTO, Ready for Labour and Defence, was in use in our country," referring to a program from the 1930s, founded under Joseph Stalin. "The revival of this system – in a new, modern format – could bring major benefits."

The Guardian reports on Seagal's role at the event:

"Seagal's action films are popular in Russia and he has met the president several times. In what seemed to be a choreographed incident, Seagal rushed into a crowd of children trying to pose with Putin and pulled him out, as if acting as his bodyguard."

Neither Putin, who has a black belt in Judo, nor Seagal sparred -- instead, they watched from the sidelines.