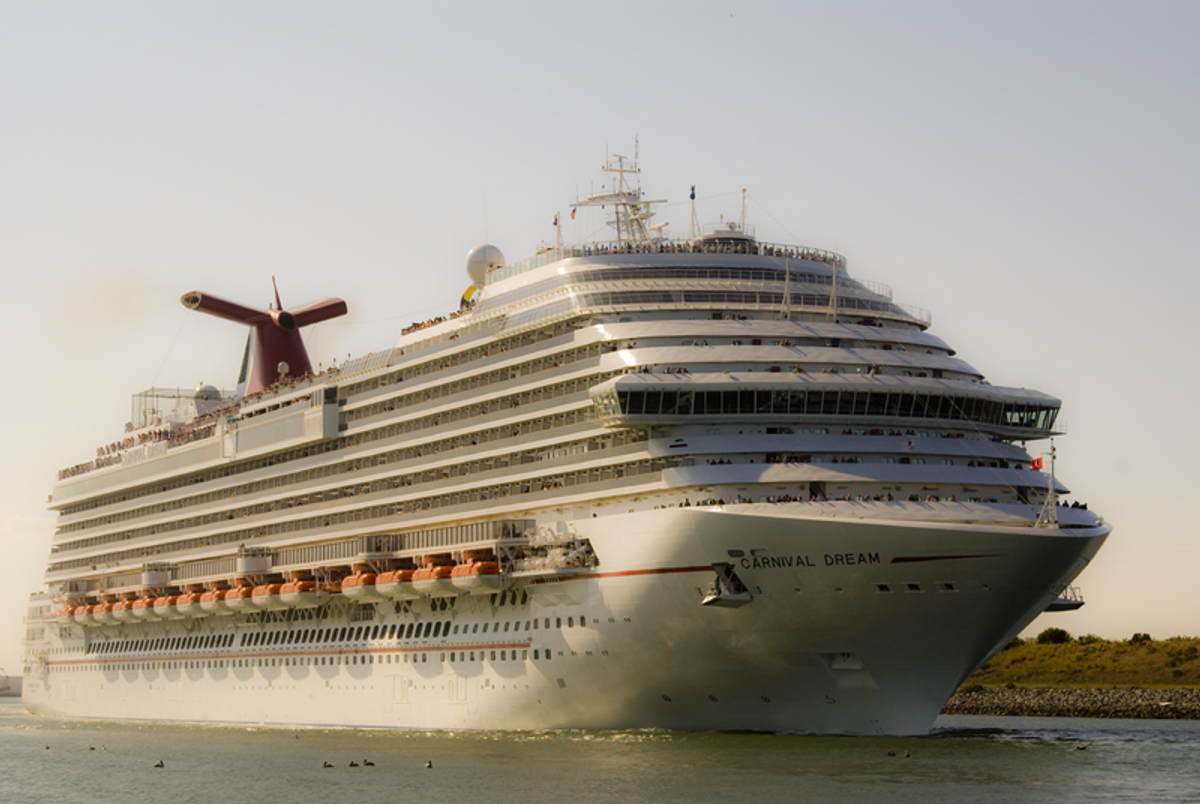 Passengers on another Carnival Cruise were reportedly again stuck with no power and overflowing toilets. The cruise line is already facing a class action lawsuit for an incident last month in which an engine room fire left their Carnival Triumph vessel adrift in the Gulf of Mexico with more than 4,200 people aboard for days with scarce food and no air conditioning. According to reports Thursday, the Carnival Dream docked in St. Maarten temporarily lost power and passengers were not permitted to leave the ship:

Carnival Cruise Lines is working to fly all passengers on one of its cruises back to Florida after the ship suffered a generator failure while docked in the Caribbean.

The experience on the Carnival Dream became something of a nightmare for passengers Wednesday when power went off, toilets stopped working, and no one was allowed to leave -- despite the fact that the ship was docked at Philipsburg, St. Maarten, in the eastern Caribbean.

Although power was restored and facilities were functioning again, the ship still can't leave its port.

... On Tuesday, Carnival announced it was conducting "a comprehensive review" of all of its 23 ships following a fire last month crippled one of its ships in the Gulf of Mexico.