A user's guide to the weirdest, craziest stuff at the carnival that is CPAC 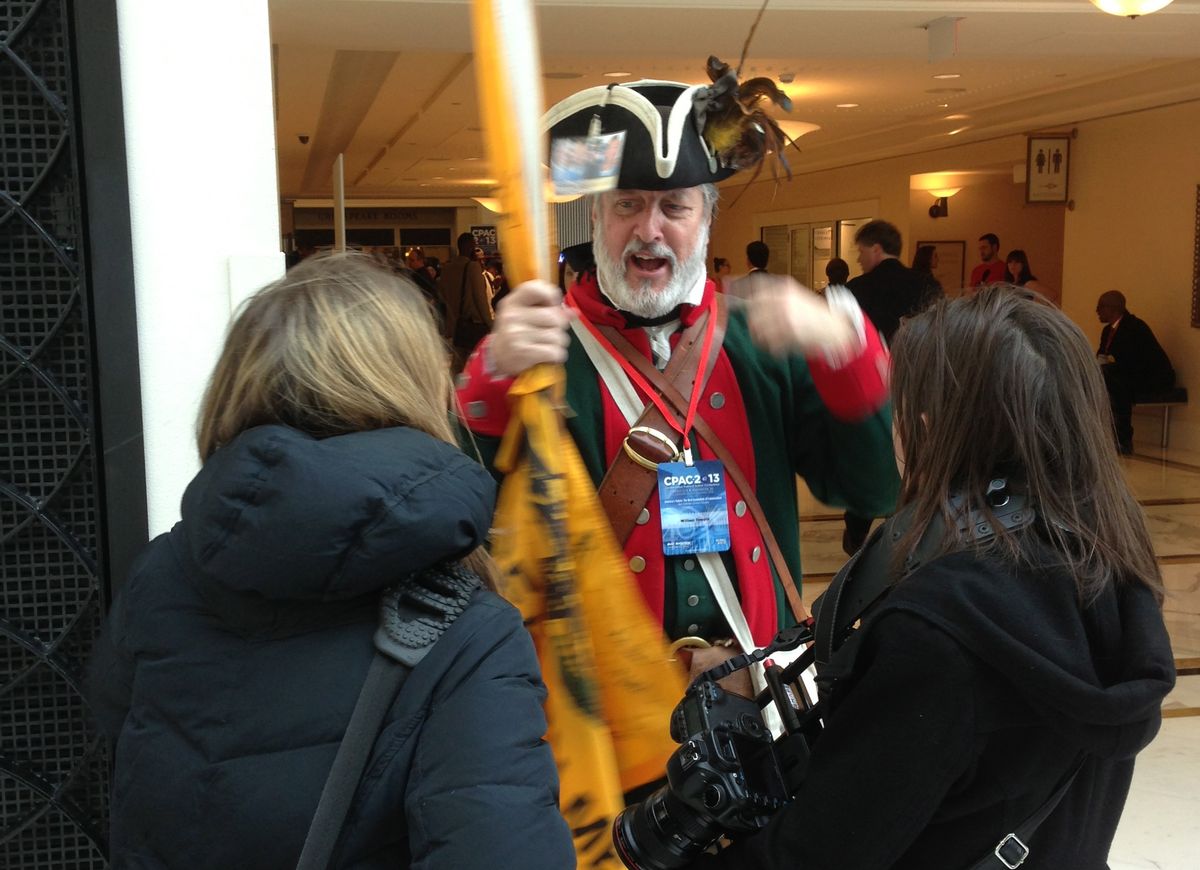 Sure, CPAC is a place for conservative leaders to share big ideas about rebuilding the movement, and for ambitious politicians to cut their teeth and earn the loyalty of committed conservative activists. But it is also basically one big carnival where, for example, you can play basketball for freedom.

And that doesn't even start to describe the merchandise that's available here: T-shirts, beer cozies, aprons, bumper stickers, and pins emblazoned with images of Ronald Reagan or messages like "I <3 Hyek." Even Optimus Prime makes a cameo.

Here's your guide to the best of the best CPAC weirdness (click on pictures for bigger images):

Apparel for freedom: Eberle & Associates, a GOP-affiliated direct mail firm, is handing out free tees with messages like, “Keep Calm and Fight Socialsim” in the style of the British WWII poster, and “Viva la Reagan Revolution” in the style of Che Guevara. All you have to do is tweet the hashtag “#fightsocialism” or like them on Facebook. Another booth offers “customized apparel for fraternities, sororities, and honor groups” (groups that tend to lean right), while another offers patriotic-themed clothing — all made in America, of course. And Marco Rubio’s PAC is selling $25 water bottles (get it?). Minigolf for fiscal responsibility: The National Taxpayers Union is encouraging participants to play minigolf with goals like "repeal Obamacare" and "cut congressional pay." Basketball for freedom: Generation Opportunity brought in arcade-style basketball games to appeal to young people, though people seem more interested in shooting hoops than listening to their pitch.Read books for liberty: If you're lucky enough to be visited by a man in a rubber Reagan mask passing out flyers, you can head down to the Charles Koch Foundation booth for a free coffee table book with picture of iconic conservative president. Meanwhile, you can pose with a cardboard cutout of Karl Rove at Edmund Wright's booth promoting his new anti-Rove book."