The new pontiff is being hailed as a fresh choice, but there's nothing new about his opposition to gay rights 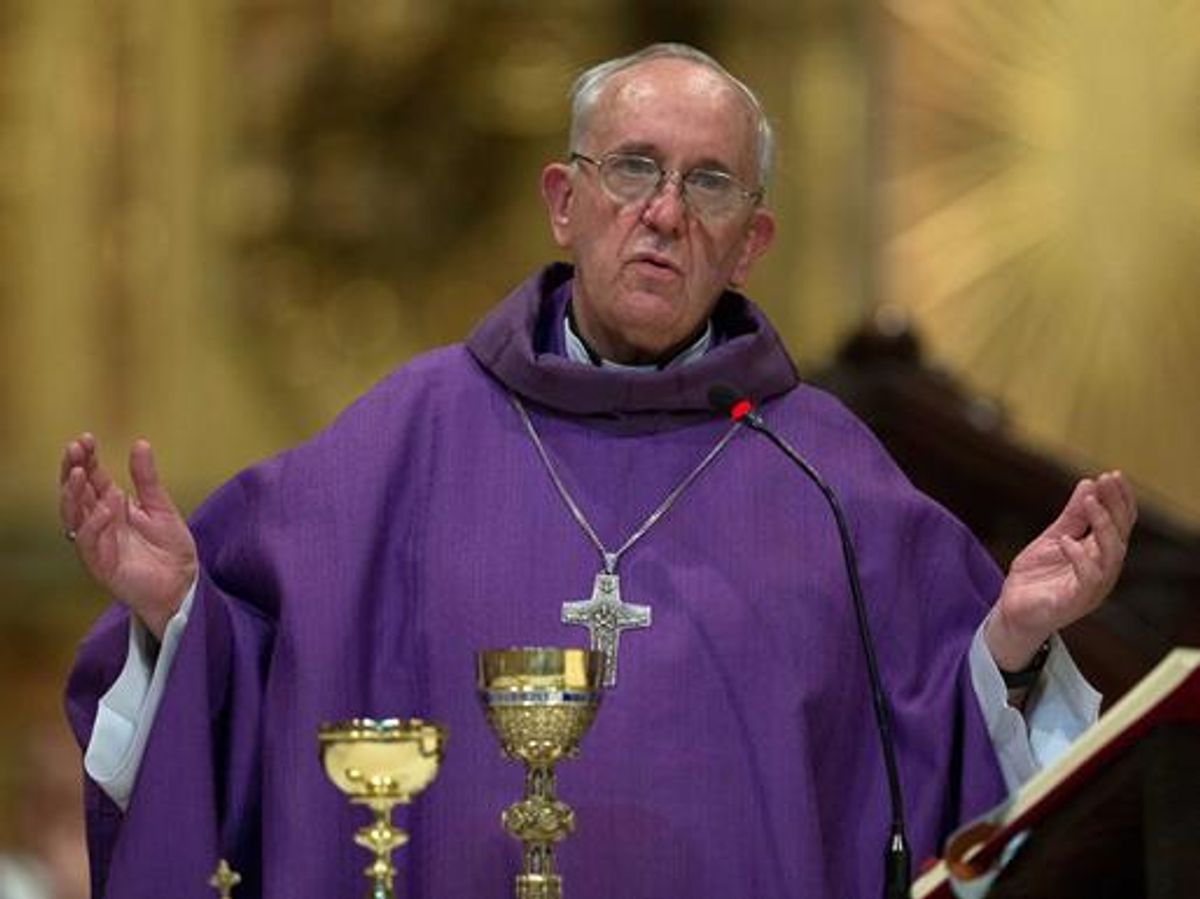 Pope Francis has been praised for his humility (he picks up his own luggage!), his acceptance of other faiths (he won't insult the Prophet Mohammed in public addresses!) and his "precedent shattering" name choice (more humility!).

But the pontiff who is being hailed as a "new direction" for the Catholic Church is the same-old brand of theological conservative who opposes the ordination of women, abortion and the fundamental rights of gays and lesbians.

In fact, then-Cardinal Jose Bergoglio was a major force against the 2010 move to legalize same-sex marriage in his native Argentina. Though he ultimately failed, Bergoglio used the full weight of the church to crush the measure.

Here, a collection of his very worst quotes on the issue.

1. A Senate vote on gay marriage is a destructive pretension against the plan of God

From a letter to the Carmelite Sisters of Buenos Aires on the perils of marriage equality:

2. Gay marriage will destroy the family

More from the same letter to the four monasteries of Argentina:

“The Argentine people will face a situation whose outcome can seriously harm the family... At stake is the identity and survival of the family: father, mother and children.

3. Gay parenting is a rejection of God's law engraved in our hearts

"At stake are the lives of many children who will be discriminated against in advance, and deprived of their human development given by a father and a mother and willed by God. At stake is the total rejection of God’s law engraved in our hearts.”

4. The political struggle against marriage equality is war

"The bill will be discussed in the Senate after July 13. Look at San Jose, Maria, Child and ask them [to] fervently defend Argentina's family at this time. [Be reminded] what God told his people in a time of great anguish: 'This war is not yours but God's.' May they succor, defend and join God in this war."

5. Gay adoption is discrimination against children

According to the National Catholic Reporter, Francis called gay adoption a form of “discrimination against children.” A comment that resulted in a public rebuke from Argentine President Cristina Fernández de Kirchner, who said that Francis’ remarks suggested “medieval times and the Inquisition.”