Rubio at CPAC: Liberals are "freeloaders"

In a rousing CPAC speech, Rubio mocks climate change, says life begins at conception, and declares he's not a bigot 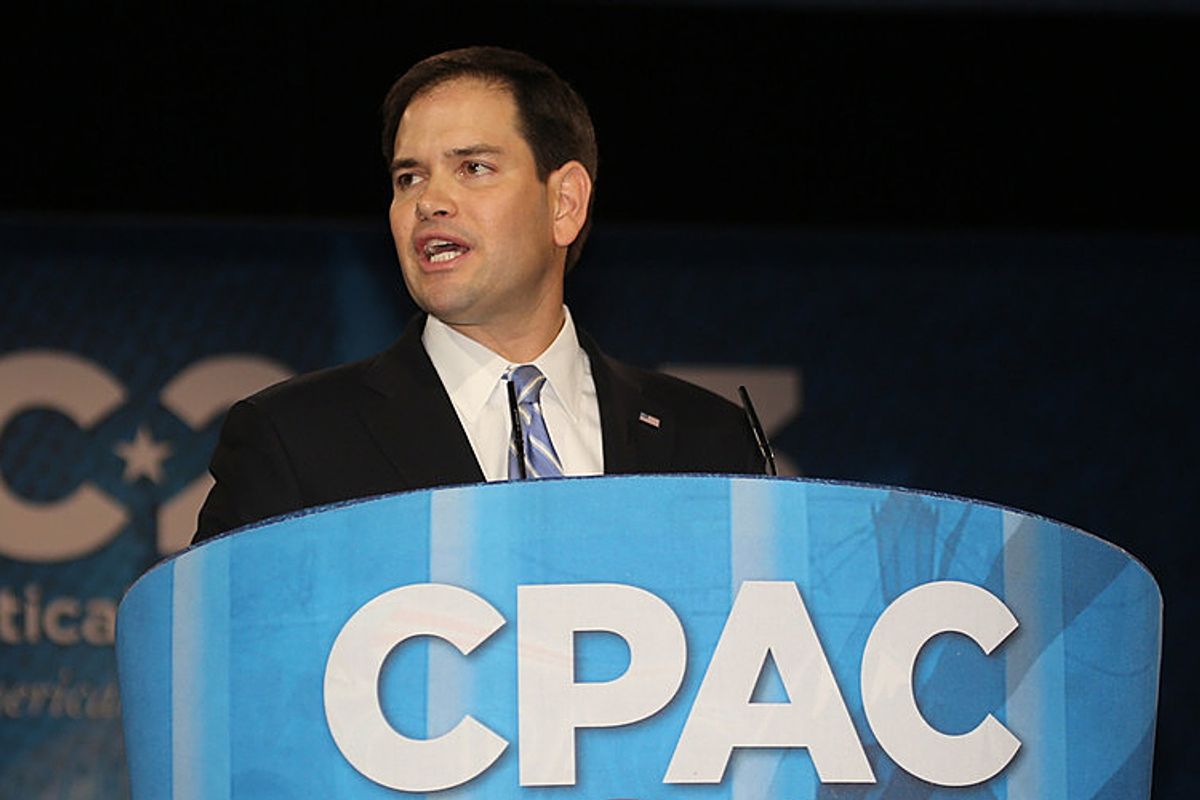 Sen. Marco Rubio, R-Fla., offered up a serving of red meat to the audience at CPAC, reiterating his support for "traditional marriage," calling liberals "freeloaders," and stating his opposition to tax increases and abortion. "Science has proven that life begins at conception," he told the cheering crowd.

"The people who are closed-minded in our society are the ones who love to preach about climate science" but ignore that "science has proven that life begins at conception."

Though he did not mention immigration reform, Rubio did throw in a plug against Obamacare ("we need a healthcare reform that empowers Americans") and tax increases ("there is no tax increase in the world that will solve our long-term debt problem"), before telling an anecdote about a family that just wants a better life for their children: "They're not freeloaders. They're not liberals," he added.

Before he ended, Rubio got in a (third) reference to the famous "water drinking moment" from his rebuttal to the State of the Union. "I'll tell you what the criticism from the left [of the speech] is going to be. Number one: 'That he drank too much water.' Number two: 'That he didn't offer up new ideas.' We don't need new ideas. The idea is called America, and it still works."