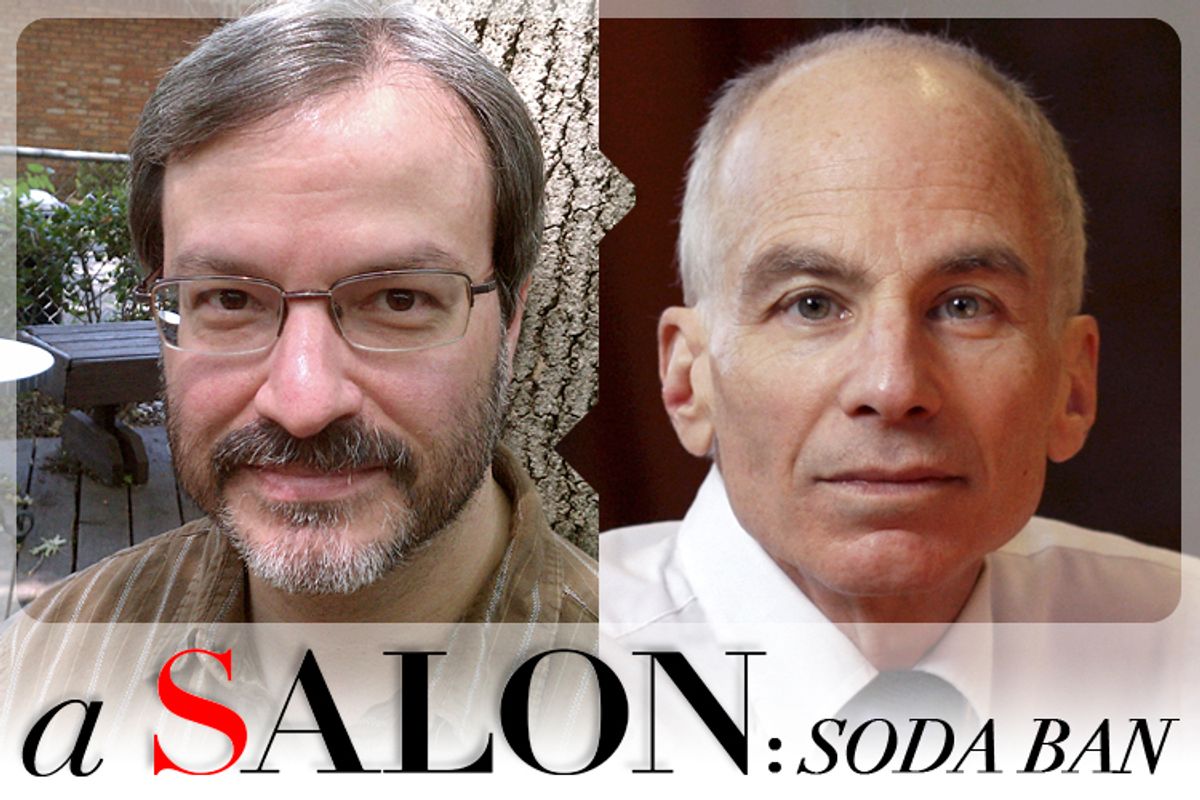 Earlier this week a judge nixed New York City Mayor Michael Bloomberg’s proposed ban on sugary drinks larger than 16 ounces. Bloomberg is arguably the most influential advocate for public health in the country. His 2003 ban on smoking in bars has been widely copied. More recently, his staunch advocacy for gun control and his bottomless pockets suggest he could take on the NRA. His soda ban, however, has even some supporters scratching their heads. Will it help to fight obesity? Why 16 ounces? Is it just too intrusive?

Jacob Sullum, who’ll be arguing against the ban, is a senior editor for Reason magazine and a nationally syndicated columnist. Lawrence Gostin, who's a supporter of the rule, is a professor of global health law at Georgetown University Law Center and director of the O'Neill Institute for National and Global Health Law. The dialogue will get underway today at 2:30 p.m. ET. Readers can submit questions in the comments section and we’ll do our best to include them in the dialogue.