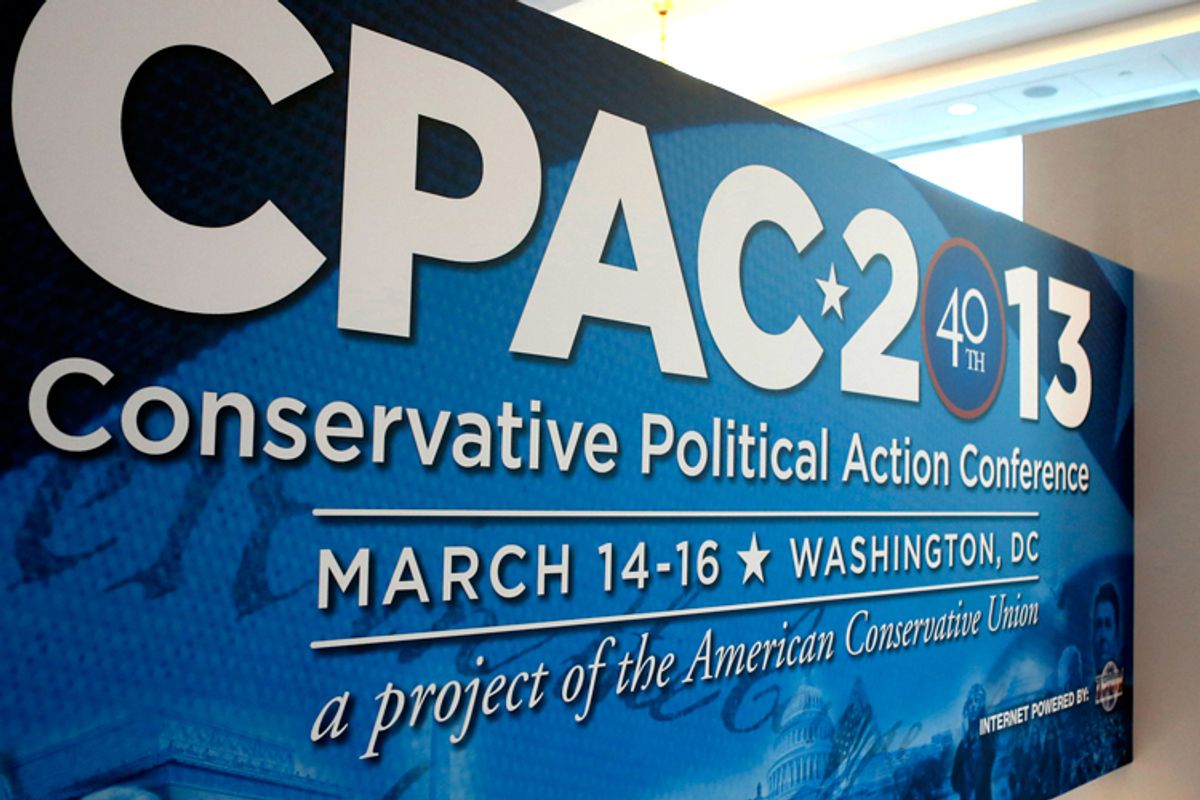 A panel hosted by the Tea Party Patriots, intended to teach CPAC attendees how to fight back against charges that they are racist, devolved quickly into the crowd shouting down a liberal black woman who repeatedly tried to ask questions.

The panel was run by K. Carl Smith, of the Frederick Douglass Republicans, who mostly advised the predominantly white audience that if they're "sick and tired of being called a racist and a sellout" they should join the Frederick Douglass Republicans. You "can't play the race card on him, you can't play the class warfare card on him," Smith said of Douglass.

One audience member, Scott Terry, a self-professed white Southerner,  asked why members of "my demographic are systematically disenfranchised," and why it's "anathema" to be proud of Southern heritage. When Smith told him that Douglass forgave his slavemaster, Terry replied: “For giving him shelter? And food?”

As Benjy Sarlin from TPM reported, Terry was at the panel with Matthew Heimbach, who founded the White Students Union at Towson University and who the Southern Poverty Law Center describes as a "white nationalist."

The question was not answered, as the panel quickly began to devolve when another member of the crowd, a black liberal woman, took offense to Terry's question, and was then repeatedly shouted down after saying Smith was being "disingenuous" for saying that the Democrats started the KKK and were the ones pushing to keep slavery in place.  (Another female member of the audience twice dismissed her questions with a pointed reference to "women's studies.")

It got even worse when the woman tried to ask why Republicans won't push back on racist comments and campaign ads made in the 2012 campaign, like one racially charged ad put out by Pete Hoekstra. The crowd got rowdy, saying things like, "We don't want your question," and "We don't want to hear it." A man dressed in a Revolutionary-era costume, a mainstay at most conservative conferences and rallies, repeatedly shouted at her and then somewhat dramatically stormed out, right before the panel ended.