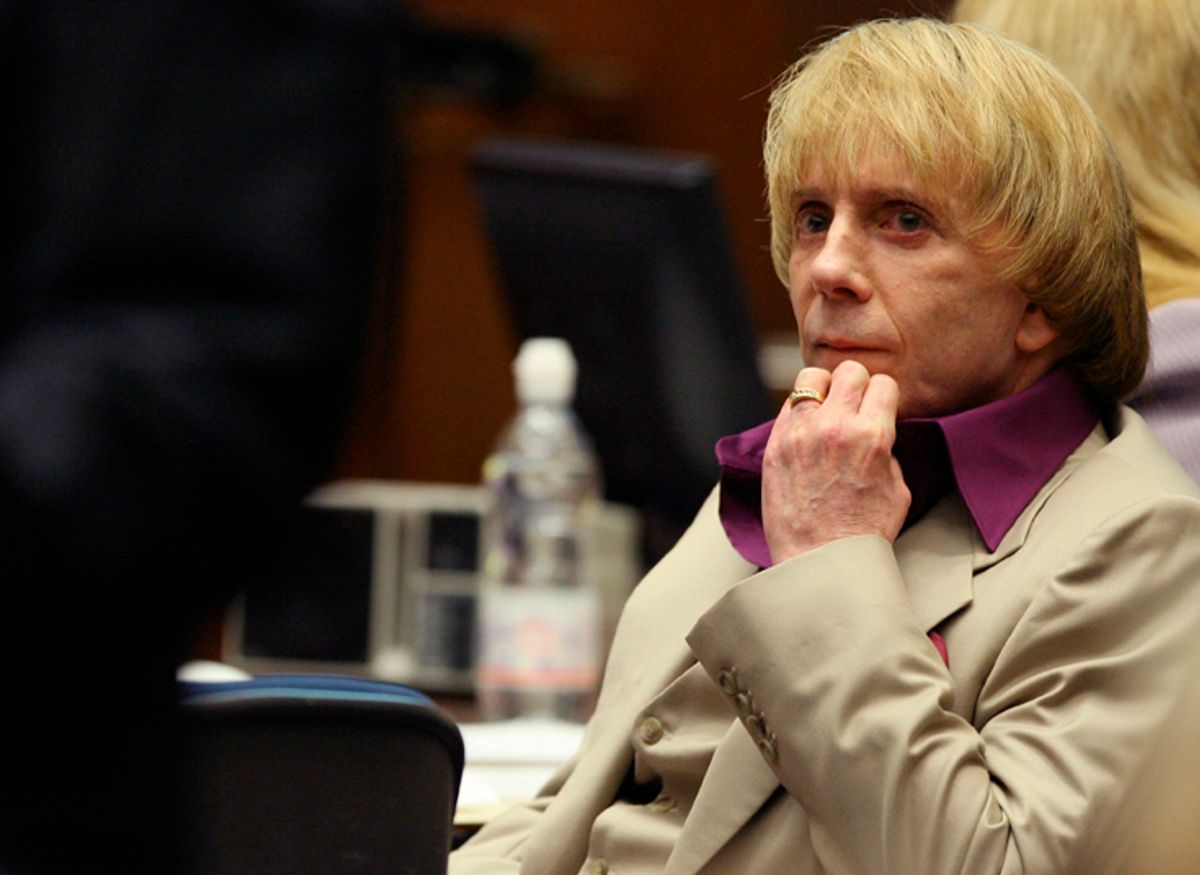 On February 3, 2003, fashion model and sci-fi movie actress Lana Clarkson was fatally shot in the mansion of famed music producer Phil Spector, who at his prime was connected to acts like The Beatles and Tina Turner. Clarkson was 40 years old.

During the first trial, in 2007, Spector argued that Clarkson's death was an "accidental suicide," saying that she "kissed the gun." However, a jury found Spector guilty of murder in 2009 and he was sentenced to 19 years in prison.

Director David Mamet, who in 2011 suggested that Spector might be innocent, has taken the tragic story to television in an HBO film, "Phil Spector," set to debut on Sunday, March 24. CBS describes the TV movie, which stars Al Pacino and Helen Mirren, as "one of the more memorable TV events of the year."

But the Hollywood Reporter reports that Clarkson's friends, including publicist Edward Lozzi, are protesting the film. Lozzi picketed the screening with a sign that read "HBO’s ‘Phil Spector’ murders the truth. No Emmy for the film that hurts people alive today." THR reports:

"The true-crime biopic from writer-director David Mamet stars Pacino as Spector and HelenMirren as defense attorney Linda Kenney Baden. Lozzi, who says he has seen the film, claims it focuses too strongly on Spector’s defense, which centered on the assertion that the actress ended her own life. According to Lozzi, the film strongly suggests Clarkson killed herself because she was depressed that she had turned 40."

"To see that this film was going to be made was a slap in the face," Lozzi told THR. "We were so happy Phil Spector was in prison."

But while detractors argue that the movie doesn't go far enough, supporters say it goes too far. Spector and his wife have issues with the film, claiming that it portrays him as a megalomaniac. Rachelle Spector told Entertainment Tonight:"It literally brought tears to my eyes. … They have him as a foul-mouthed megalomaniac and they depict him as a minotaur -- like he draws people into his labyrinth and he locks them in and won’t let them out."

THR's Tim Goodman summarized the issues with Mamet's fictionalized account, conceding that although the "the movie is loaded with enough to satisfy those who believe Spector did it," "the film seems eager to suggest Spector was found guilty mostly of being a freak."

"That have-it-both-ways storytelling doesn’t make 'Phil Spector' a great legal movie, but it allows two exceptional actors and a talented writer a chance to play with reality," he explained.