It makes nice with 38 states -- paying a $7 million fine. Then turns around and targets privacy laws and a key app 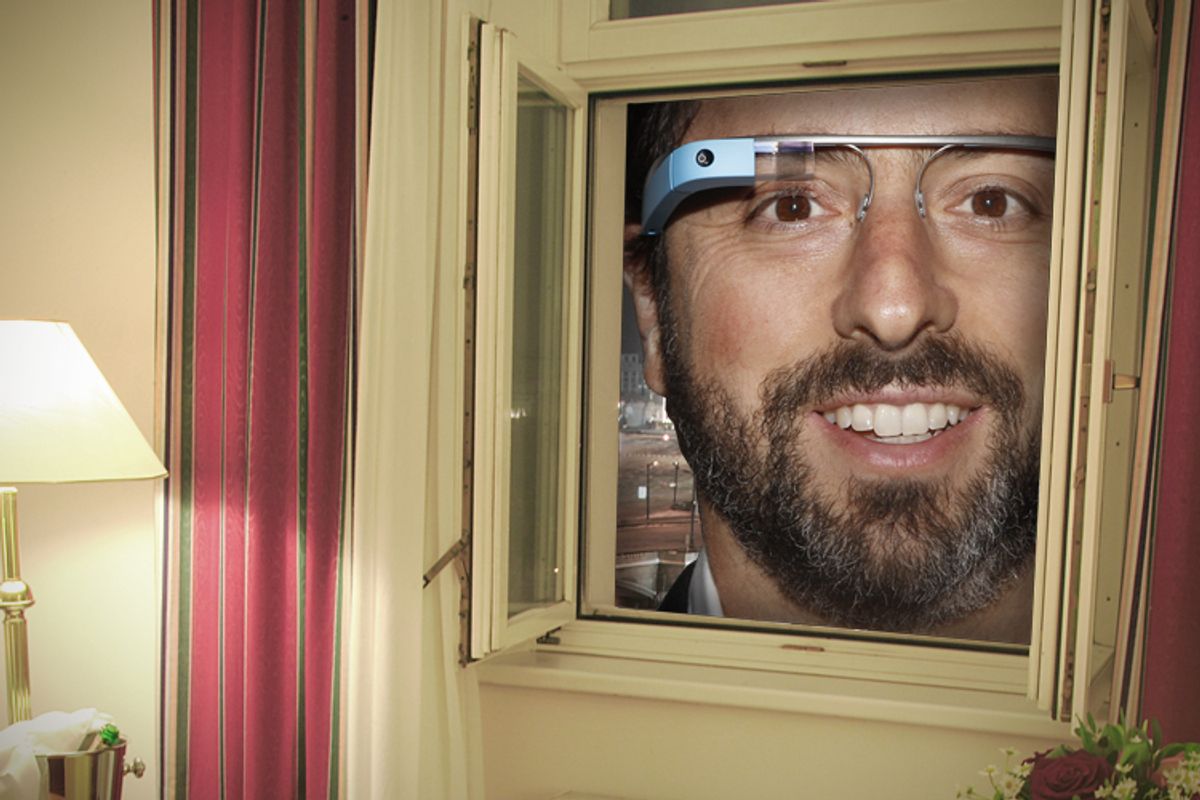 On Tuesday, Google agreed to pay a $7 million fine as part of the settlement of a case arising from massive privacy violations incurred during the rollout of its Street View mapping project. The announcement generated a wave of approving press.

"This is the industry giant," he said. "It is committing to change its corporate culture to encourage sensitivity to issues of personal data privacy."

But less than 24 hours later, Google kicked Adblock Plus, a popular app that blocks ads and prevents third-party tracking, right out of its Google Play app store. There are obviously some clear limits to Google's privacy sensitivity, particularly when it comes to protecting advertising revenue on mobile devices.

Google's $7 million fine is barely a rounding error for a company worth $270 billion. It's also less than half of what Google spent on lobbying in 2012. And therein lies another story. While Google has been saying mea culpa over its egregious Street View privacy violations, the company is one of a handful of powerful Internet technology giants desperately attempting to disembowel a major effort in the European Union to significantly strengthen online privacy safeguards.

Officials in Brussels want to give consumers the same thing, by law, that Adblock Plus' developers deliver via technology: the ability to control your own information. This is something that consumers care deeply about. The question of whether third parties can track your online activities and target ads to you based on your behavior is the most hotly contested battleground in online privacy today. This fight to define our privacy rights is especially critical in the realm of mobile devices, which are able to provide advertisers with far more detailed information concerning your activities and proclivities than any previous technology.

Through its lobbying efforts and its sudden change of policy with respect to what is available in the Google Play store, Google has proven that it is not committed to personal data privacy. It's opposed to it.

With more than 200 million downloads to date, AdBlock has long been one of the most popular browser extensions for the Firefox, Chrome and Opera browsers, according to AdBlock co-founder Till Falda. The AdBlock Plus product was a relatively new app for Android phones that already boasted 900,000 users, said Falda.

Falda says that Google did not approach his company directly when it removed AdBlock Plus, along with a group of other ad-blocking apps, from Google Play, but "it is safe to say that business reasons are behind the move. This is what is so concerning: Google largely controls what kind of information and products people have access to on the Internet. If people accept that Google's business interests decide over the accessibility of products and information, who knows how far this will be going?"

Google, as per the company's usual policy, declined to comment on a specific app removal, releasing only the statement that "We remove apps from Google Play that violate our policies.” But according to letters received by ad-blocking app developers, the reason for the removals was "interference with another service or product in an unauthorized manner."

There seems to be little question that AdBlock was in fact interfering with other services, though not in any technically illegal sense. Virtually all of the third-party apps on your smartphone are sending information -- location data, in-app activity, unique device IDs -- to mobile advertising platforms and analytics companies. Some apps send the same data to as many as six different third parties. AdBlock Plus blocked both the transmission of that information, which enabled comprehensive tracking of user behavior, as well as the advertisements delivered by those third parties.

Google certainly has critical business reasons for frowning on ad-blocking technology. For Google to maximize the search-ad revenue that its own apps generate on smartphones, it needs to have a large and diverse ecology of third-party apps to attract users to its phones. If those apps can't make money through their own advertising, Google ultimately will suffer. The entire episode proves, once again, that those of us who use Google and Facebook and other free Web services shouldn't really be considered consumers at all. We're the product. The advertisers are the consumers.

This is exactly why Google and all the other big online companies are terrified that the European Union will go ahead and pass the strictest privacy laws on the planet -- including provisions that will allow users to decide for themselves whether or not they can be tracked. Tech company lobbyists and privacy lawyers claim that such regulation will "restrict innovation" (Google privacy counsel Peter Fleischer wrote a post characterizing Europe in the role of the well-meaning but incompetent Don Quixote), but what they are really scared of is the possibility that new laws will crimp their profits. They'd prefer the U.S. status quo, in which, at least up to this point, the tech companies have managed to prevent any serious privacy legislation from gaining momentum at the federal level. (The Obama administration, incidentally, which claims to support a Consumer Bill of Privacy Rights, has backed the tech industry's position on the European Union privacy initiatives.)

What makes the AdBlock Plus story so important, says ACLU privacy expert Chris Soghoian, is that while desktop computer users have an abundance of tools that allow ad-blocking and tracking prevention, "on mobile, consumer options are limited. Chrome has a do-not-track feature, but Google has not supported do-not-track to Android browsers, and even it did, there's still nothing for the apps. Up until now, the only real effective option has been AdBlock Plus."

"On the same day that Google has committed to being better on privacy [on Street View]," said Soghoian, "it has taken away users' ability to protect their privacy on the dominant mobile platform."

As the world's population continues on its blindingly fast transition to a mobile connected lifestyle, the question of how much power users will have to control their own information will become only more critical. By ruling an entire class of ad-blocking and privacy control software out-of-bounds, Google is effectively saying to us all that we will have less autonomy and control in the mobile world of the future. We're going from the open ecosystem of the Web to the controlled terrarium of mobile. Developers and lobbyists will write the rules, and we'll just have to accept them.