My Amazon bestseller made me nothing

My novel shot to the top of the site's bestseller list last summer. You won't believe how little I got paid 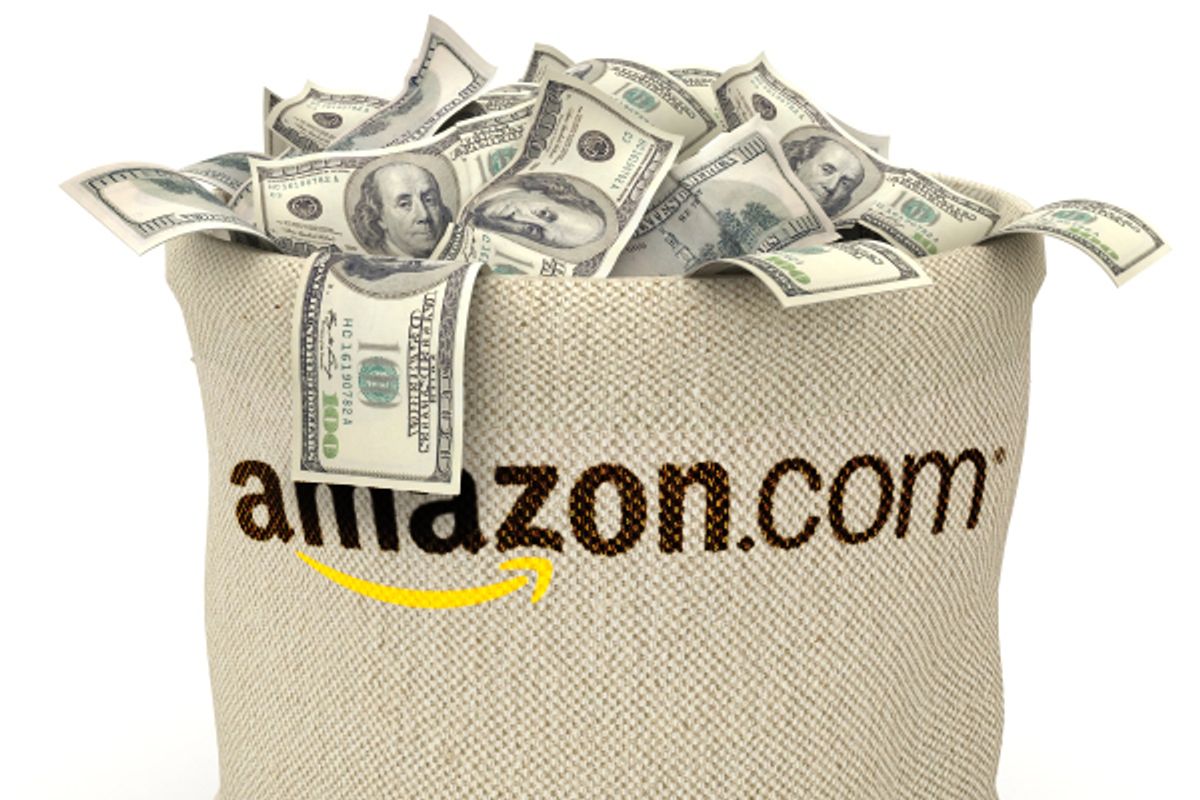 In one more week I was going to be a millionaire.

At least, that was the rumor circulating around my wife’s family. One more week on Amazon’s best-seller list and I would have seven figures in the bank, easily. Her cousin had looked this fact up on the Internet, so it had to be true.

“Please tell them that is nowhere near true,” I said. “But don’t tell them how much money I’m actually going to make.”

I didn’t have a good answer. Secrecy seemed like the practical, professional response in times of success.

It made me wonder where this writerly knee-jerk reaction comes from. It wasn’t that people would think I made too much money. The opposite, actually.

This past summer, my novel, "Broken Piano for President," shot to the top of the best-seller lists for a week. After Jack Daniel’s sent me a ridiculously polite cease and desist letter, the story went viral and was featured in places like Forbes, Time magazine and NPR’s Weekend Edition. The New Yorker wrote one whole, entire, punctuated-and-everything sentence about me! My book was the No. 6 bestselling title in America for a while, right behind all the different "50 Shades of Grey" and "Gone Girl." It was selling more copies than "Hunger Games" and "Bossypants." So, I can sort of see why people thought I was going to start wearing monogrammed silk pajamas and smoking a pipe.

Even when there’s money in writing, there’s not much money.

I was reminded of a single page in "A Heartbreaking Work of Staggering Genius"; specifically, the section where Dave Eggers breaks down his $100,000 advance on sales from his publisher. He then lists all his expenses. In the end the author banked a little less than half. It wasn’t bad money — just not the “I bet Dave Eggers totally owns a Jaguar”-type of income I expected. I mean, his name was on the cover of a book! He must be rich.

That honesty was refreshing and voyeuristic. I always said if I ever had a chance, I’d make a similar gesture. As a person learning about writing and publishing, there was something helpful about Eggers’ transparency. So here is my stab at similar honesty: the sugar bowls full of cocaine, bathtubs full of whiskey, semi-nude bookstore employees scattered throughout my bedroom tale of bestseller riches.

This is what it’s like, financially, to have the indie book publicity story of the year and be near the top of the bestseller list.

I just started getting my royalty checks from July the other day (the publishing industry is slow like that). From what I can tell so far, I made about $12,000 from "Broken Piano" sales. That comes directly to me without all those pesky taxes taken out yet (the IRS is helpful like that).

Don’t get me wrong; as a guy with a couple of books out on an independent publisher I never thought I’d see that kind of money. Previously, my largest royalty check was about $153. I’m thrilled and very proud to say I earned any money as a writer. That’s a miracle. It’s just not the jewel-encrusted miracle most people think bestseller bank accounts are made from.

The book sold plus or minus 4,000 copies. (The publishing industry is hazy like that. What with sales in fishy-sounding third-world countries like Germany and England.) Being on an indie press I receive a more generous royalty split than most: 50 percent after expenses were deducted.

You can do the math. I’m clearly not buying a mansion. Hell, my measly dreams of constructing a Roald Dahl-style writing cottage in the backyard are even shelved. Twelve-thousand bucks is amazing, but it’s not life-changing money. Unless, of course, I need one of those clearance sale $11,999 kidneys.

In the end, I bought my wife a pretty dress to say thank you for putting up with me and my fiscally idiotic quest to write books. I also did the most rock star thing imaginable for a stay-at-home-dad/recipient-of-a-famous-cease-and-desist: I used the money to send my kid to daycare two days a week so I can have more time to write.

Now that I have some quiet time around the house, I’ve started wondering: Why didn’t I just tell my wife’s family the truth to begin with? Why don’t most authors talk about money?

My theory: because it’s embarrassing.

Sure, there’s a headline-grabbing thrill when Lena Dunham snags a yacht-load of money for writing about stuff only her gynecologist should know. But when a friend of mine, who is a terrific writer, told me he was offered $5,000 for his latest book, which came out on a major publisher, it left me kind of flat. It left me even more silent when it became clear that’s a pretty normal deal. This financial underwhelming hush is the same feeling I was left with after reading Eggers’ fiscal rundown. It’s something people whispered about back when I was dreaming of having a book with my name on the cover and maybe being in the cross hairs of a legal shit storm involving whiskey.