The problem with food banks

They may compound the very problems they should be solving 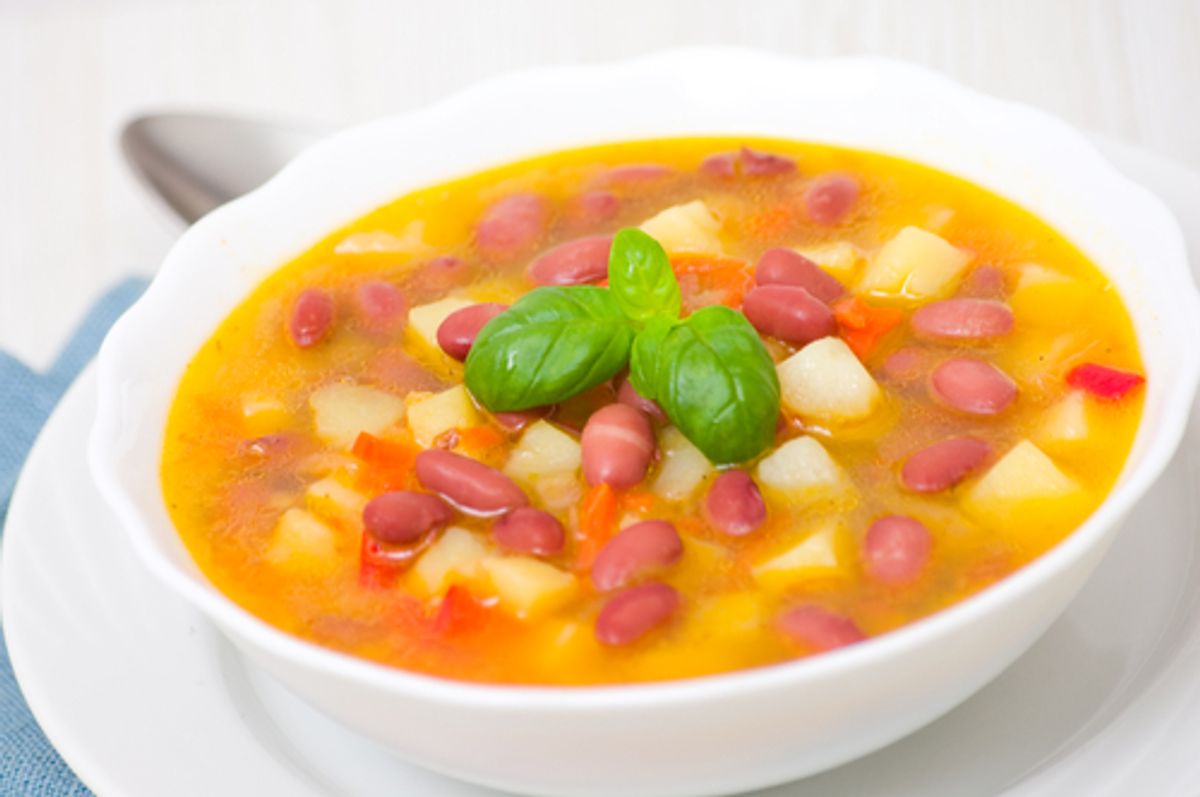 This article originally appeared on The Walrus.

Picture a vast warehouse the size of a football field. Forklifts stand loaded with wooden pallets and cardboard boxes tightly secured with heavy-duty plastic wrap. In aisle upon aisle, boxes sit on metal shelves that reach all the way to the ceiling. It might be an IKEA store or any modern commodity warehouse. But this is a food bank or, more accurately, a food bank distribution warehouse. Every major Canadian city has one. The largest send out nearly 8 million kilograms of food a year to the hungry people lining up at community-based food banks.

The scale and sophistication of these operations are impressive. There are hundreds of employees and volunteers who handle thousands of donated food items, trucks and boxes, cans and bags. There is also a large fridge and freezer section for storing all manner of perishables.

Yet each time I visit such warehouses, I find myself alternating between hope and despair. Hope born of the understanding that all of this is motivated by the human urge to help others with that most basic of needs: food. Despair because this effort, and that of food banks all over Canada, has not solved the problem of hunger. On the contrary, I believe food banking makes it worse.

Most Canadians assume that food banks have always been with us, but they only began to pop up across the country in the ’80s, in response to the economic downturn. They were meant to be temporary. Among the first was the Stop Community Food Centre in Toronto. By the time I took over as its executive director in the late ’90s, the Stop was already a tiny, broken-down place handing out donated cans and boxes of cheap, highly processed food to broken-down people. Even then, we knew we were doing little to stem the tide of hunger and poverty among the most vulnerable in our Davenport West community. But it was also clear that thousands of recipients, many of them children, relied on these handouts to survive. They had nowhere else to go.

Funded almost entirely by individual and corporate donations, food banks have become an unquestioned part of our social fabric, and our primary response to hunger. From the outside—hell, even from inside those warehouses—they seem to be doing a good job of it. There are walkathons and barbecues, a food drive at almost every school during the “hunger seasons” around Christmas and Easter. CBC collects hundreds of thousands of dollars and thousands of kilograms of food during its Sounds of the Season holiday broadcast. The big food corporations have established close ties with large distribution centres, donating surplus packaged goods, making financial contributions, and getting employees to pitch in on sorting days. Churches, law firms, youth groups, and many, many committed individuals generously support the cause every day with their money, food, and time.

These people are doing such a good job that it can look as if the problem has been solved. Our elected officials feel no political heat to tackle the issue, because feeding the hungry is already checked off our collective to-do list. But even while food banks have proliferated, hunger has increased. Certainly, they can serve as a valuable support in emergencies, but too many users are forced to rely on them regularly. Nearly 900,000 Canadians (38 percent of them children) turned to food banks each month last year—a 31 percent rise overall since before the recession began in 2008. And these figures do not even take into account the hundreds of thousands who need assistance but don’t seek it, in part because of the associated stigma. Many who do use food banks routinely go hungry. Futhermore, the poor—who receive mostly cheap processed items in their hampers—are disproportionately affected by such diet-related illnesses as diabetes, obesity, and heart disease.

Food banks, with all of their collecting and sorting and distributing and thanking, are meeting the needs of everyone except the people they were set up to help: the poor and hungry. This emergency handout approach divides us as citizens, breaking down our society into us and them, givers and takers. The former feel generous and kind, while the latter feel ashamed, their agency, their health, and their dignity diminished.

We not only can do better, we must do better. We need to stop cheering on an approach that has already failed, and instead focus on the root of the problem: people are hungry because they are poor. They do not have enough money for food because of inadequate income supports, minimum wages that do not cover the bills, and the lack of affordable housing and child care. Instead of further entrenching food banks that let governments—and all of us—off the hook, we need to build organizations that foster the political will to tackle poverty and establish social programs, employment strategies, and supports that give all Canadians access to affordable, healthy meals. In the end, the costs of inequality and poor health are borne by all of us, straining our health care system, and compromising the safety of our neighbourhoods and the productivity of our nation.

Food can be a powerful tool, and in the past decade we have seen a surge in school gardens, farmers’ markets, and community supported agriculture. At the Stop, we have utilized this new energy and thinking to help establish programs where low-income people are offered more than mere handouts; rather, they are given opportunities to grow, cook, eat, and learn about the healthy food we all need. Such programs build hope, skills, and self-worth among our community members, who may then become powerful advocates for change—to both the food system and the political one. This model has radically altered our neighbourhood and generated enough interest to galvanize a network of Community Food Centres across the country.

The towers of cans and boxes, the forklifts, and the volunteers in this warehouse and others demonstrate the compassion we feel for one another, and the desire among Canadians to tackle hunger. But it is time to have a frank conversation about the limitations of this approach and start harnessing that caring and the engagement with food issues into a new political force. We need to ask ourselves and our elected representatives how we can make real, lasting change, and ensure that everyone finds health and dignity at our nation’s table.—With Andrea Curtis