Michael Mukasey bear hugs Breitbart.com and warns that the U.S is not taking the Islamist threat seriously 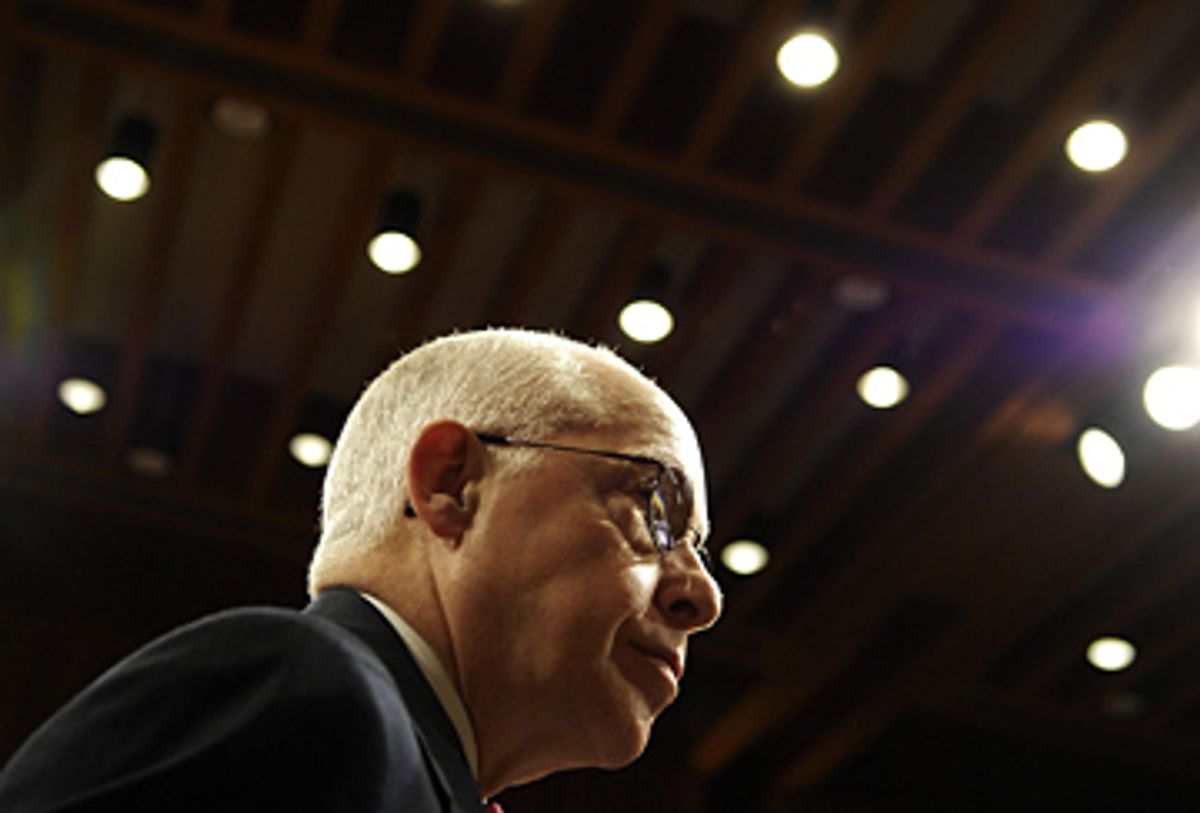 "You may not be interested in Islamism, but Islamism is interested in you," warned former Attorney General Michael Mukasey at a Saturday CPAC panel of activists so fringy that they were not technically invited to the conference.

The "Uninvited" panel, organized by Breitbart media, brought together anti-Muslim activists like Pam Geller and Robert Spencer, and Mukasey fit right in.

"The vast majority of the world's 1.4 billion Muslims adhere to a view of their religion that agrees on the need to impose Sharia, or Islamic law, on the world," he said.

Mukasey criticized the Obama administration for being too soft on radical Islam, saying there's been a "systematic purging" in the government of the notion that radical Islam is dangerous. Why? Because of pressure from civil society groups like the Council on American-Islamic Relations (CAIR) and Islamic Society of North America (ISNA) -- "both of them a branch of the Muslim Brotherhood,” he said.

But it didn't start under Obama, Mukasey acknowledged, noting that his administration was too soft on Islamists as well. He noted disapprovingly that George W. Bush called Islam "a religion of peace,” and that another senior official called it a "religion of peace and love." The crowd laughed at that.

Outside, as I sat at a table to file this report, Mukasey held court with admirers. A reporter from Breitbart media asked Mukasey to repeat his endorsement of the conservative media empire into a camera, which he did with gusto, expounding extemporaneously about the value of the conservative news site. He told another fan that he reads Washington Post blogger Jennifer Rubin "all the time."

In a bizarre "only at CPAC" moment, Brandon Darby came to introduce himself to Mukasey. Darby was a radical leftist activist who became an FBI informant under Mukasey and now works for Breitbart. He thanked the former for all the help the Department of Justice provided to him as an informant.

UPDATE: Evan McMorris-Santoro notes that Mukasey also floated the idea of an investigation to look into Al Jazeera's merger with Current TV.