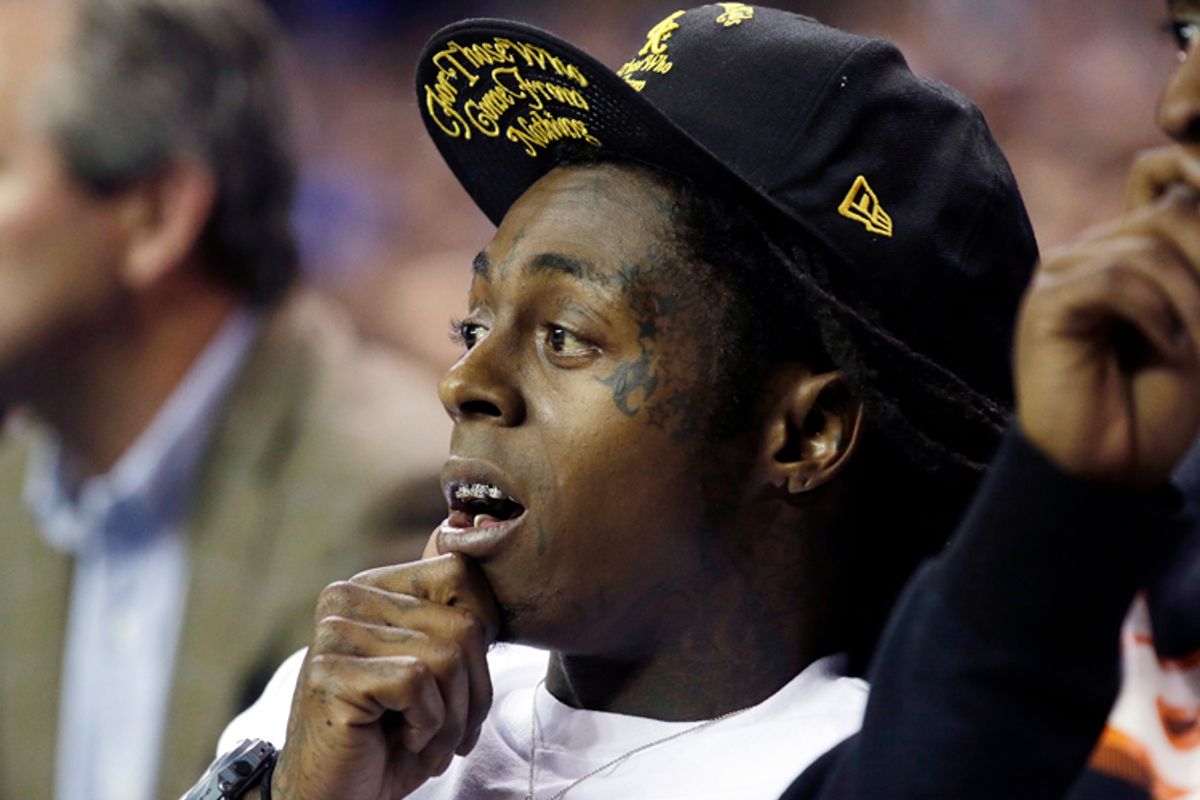 Celebrity "news" site TMZ sent the Twittersphere into convulsions Friday evening when it reported that rapper Lil Wayne was fighting for his life in the ICU of Cedars-Sinai Hospital in Los Angeles after suffering the latest in a series of seizures. "We're told several people are at Wayne's bedside crying, and a number of rap artists and family members are on the way," the outlet noted. "Sources say the scene is violent as Wayne shakes uncontrollably."

TMZ also reported that Wayne had been rushed to the hospital Tuesday night under similar circumstances, and that his bodyguard had found him face down and unconscious shortly after he was discharged Wednesday. The seizures were allegedly brought on by an excess consumption of sizzurp or purple drank, a codein-based drug popular in southern rap circles.

It's unclear how much of this initial report is true or false, but Weezy appears to be on the mend, tweeting the following Friday night:

As of 10:15 PM EST, his message had been retweeted over 100,000 times. Meanwhile, fellow Young Money rapper Mack Maine gave a shoutout to TMZ: