The woman who was shouted down by the crowd was "intentionally disruptive and coercive," a statement says 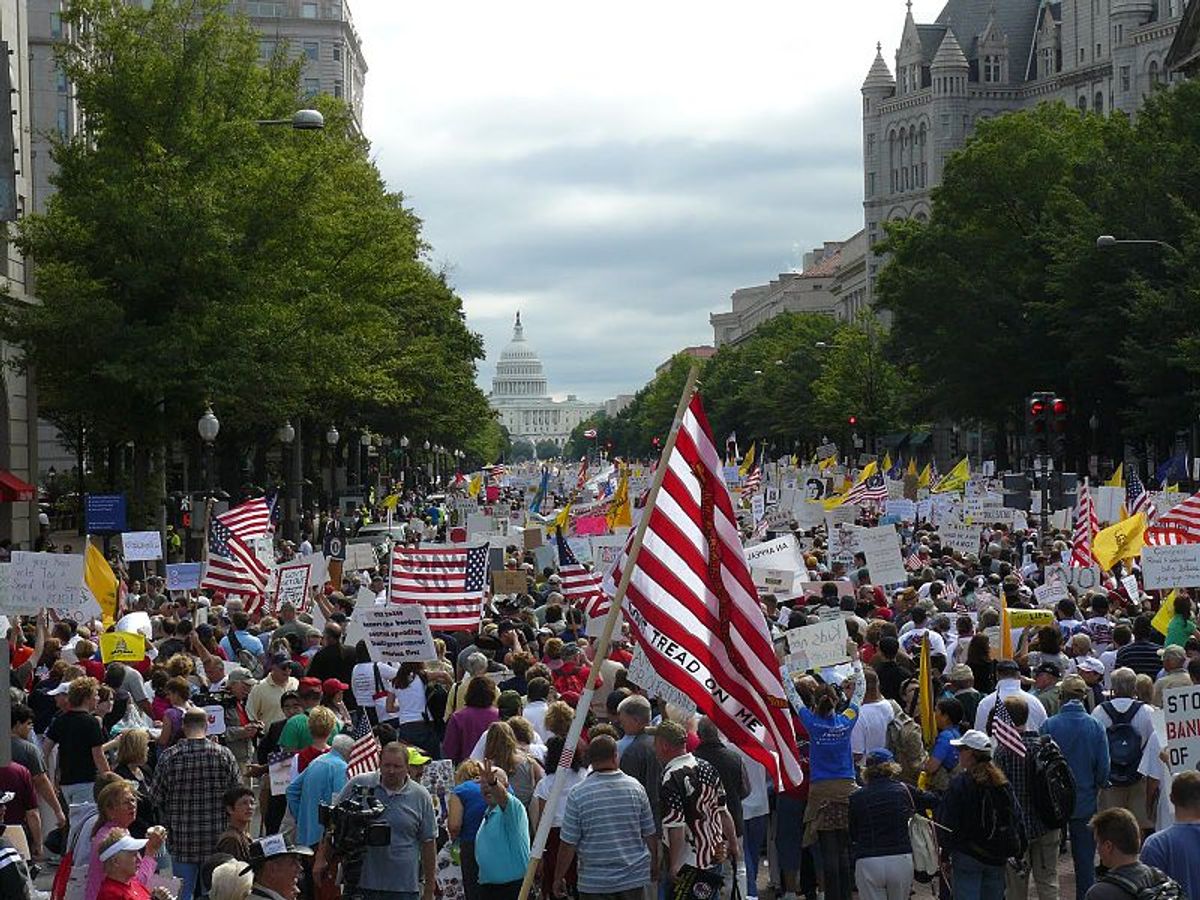 K. Carl Smith, the speaker at the Tea Party Patriots' CPAC panel on how conservatives can defend themselves against charges of racism, responded to the way the panel devolved to become rather racist.

The panel, which took place Friday afternoon, broke down when a liberal black woman, a reporter for Voice of Russia, was shouted down and told that she's "not welcome here" when she objected to Smith's portrayal of Democrats as the ones who started the KKK and pushed to keep slavery in place. Another audience member, Scott Terry, bemoaned the "disenfranchised" white Southern demographic, and implied that slaves should not have to forgive slaveowners, as they were provided with "shelter and food."

In a statement put out through TPP, Smith called the woman "disruptive and coercive" and said she "rudely interrupted" his remarks.

Smith did allow that Terry, "made some racially insensitive comments," but noted that in the end Smith "further explained to him the Frederick Douglass Republican Message which [Terry] embraced, bought a book, and we left as friends."

I was invited by the Tea Party Patriots to conduct a breakout session entitled: “Trump The Race Card” and share the Frederick Douglass Republican Message.  In the middle of my delivery, while discussing the 1848 “Women’s Rights Convention,” I was rudely interrupted by a woman working for the Voice of Russia. She abruptly asked me: “How many black women were there?”  This question was intentionally disruptive and coercive with no way of creating a positive dialogue.

In addition, a young man who wasn’t a Tea Party Patriot, made some racially insensitive comments, he said: “Blacks should be happy that the slave master gave them shelter, clothing, and food.” At the conclusion of the breakout session, I further explained to him the Frederick Douglass Republican Message which he embraced, bought a book, and we left as friends.