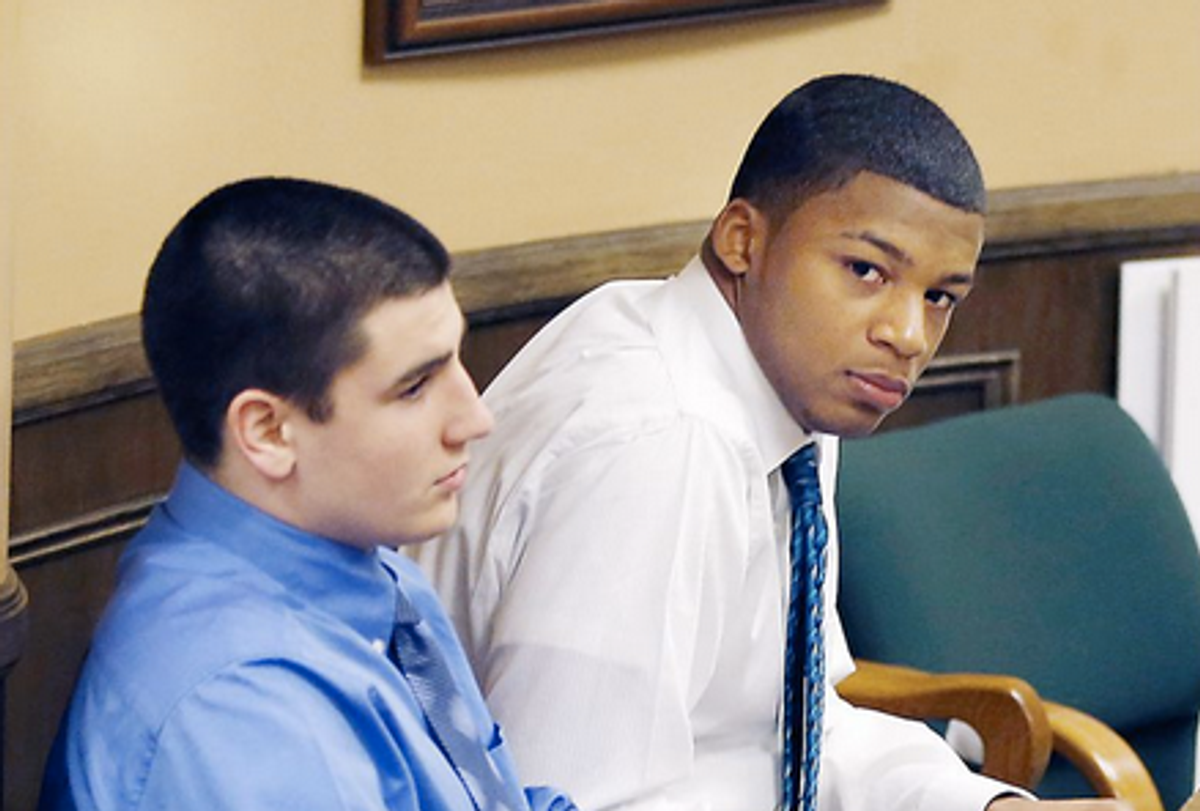 Both boys must register as juvenile sex offenders, and were ordered to stay away from the victim until they turn 21.

Judge Thomas Lipps announced his verdict in the Steubenville rape case Sunday morning, finding Trent Mays and Ma'lik Richmond guilty of rape and delinquent in all three counts as charged. The ruling is the juvenile court equivalent of a guilty verdict.

Judge Lipps read his ruling while Mays, Richmond and their families audibly wept.

Lawyers for the defense are now asking the court for leniency in sentencing the two boys.