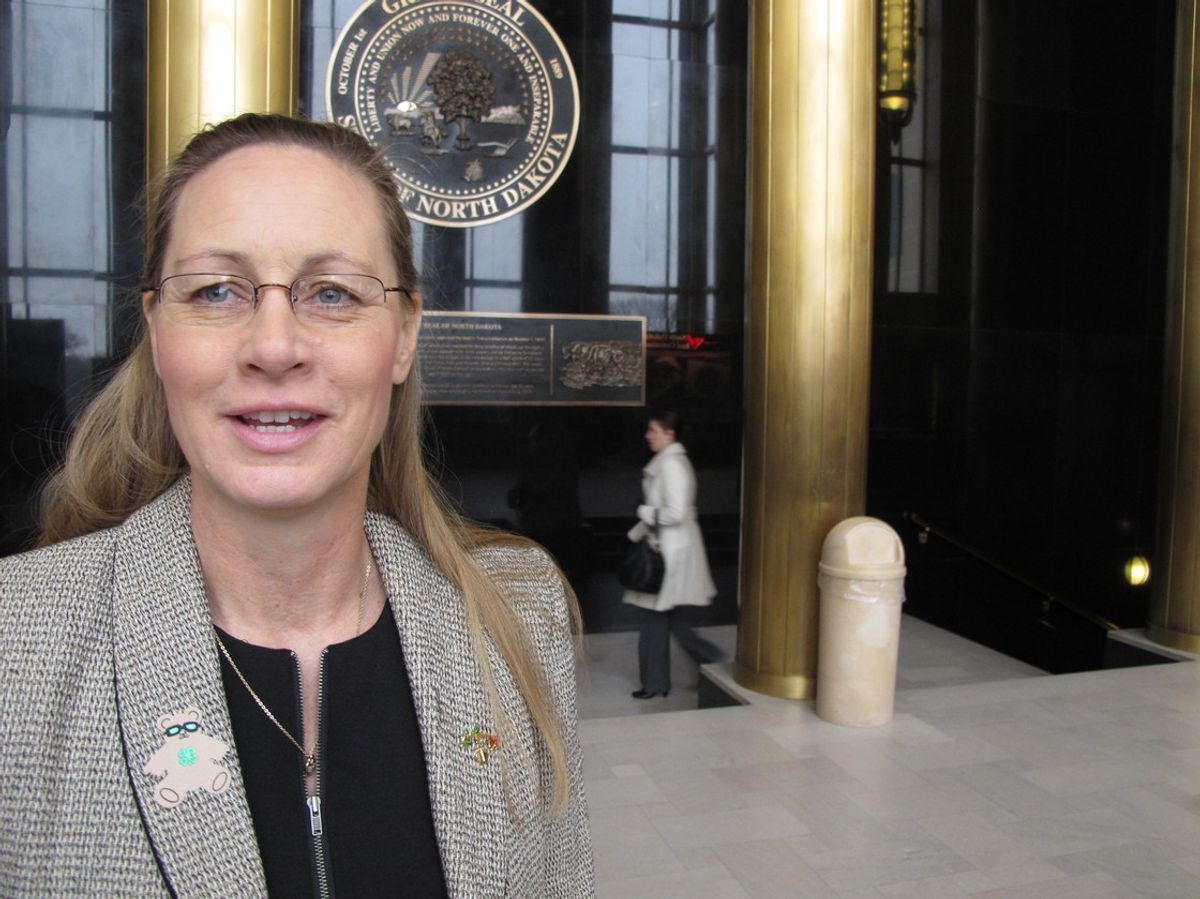 Fast on the heels of Arkansas' 12-week abortion ban, the North Dakota state legislature has sent a measure criminalizing abortion at six weeks to Republican Gov. Jack Dalrymple for approval. If signed into law, it would become the latest most extreme anti-abortion measure in the country.

Dalrymple may break with his fellow Republicans to veto the unconstitutional measure, but the bill has enough support to pass without him. The Republican-controlled legislature has said the goal of the ban is to challenge Roe v. Wade, the U.S. Supreme Court ruling that defines fetal viability between 22 to 24 weeks.

Although it was overridden, Arkansas Gov. Mike Beebe explained his veto on the state's 12-week abortion ban citing how it would prove “very costly to the taxpayers” given that “lawsuits challenging unconstitutional laws also result in the losing party — in this case, the state — being ordered to pay the costs and attorneys’ fees incurred by the litigants who successfully challenge the law. Those costs and fees can be significant.”

But conservative lawmakers in oil-rich North Dakota remain undeterred. Republican Rep. Bette Grande, a "fiscal conservative" who introduced the measure, told the Associated Press that she "didn't look at [the measure] from the financial side of things" but from the "life side of things." Grande went on to tell lawmakers that "fears about a legal challenge" shouldn't prevent them from pushing forward with similar unconstitutional bans on abortion.

Grande is a signatory of the "Contract from America" (not to be confused with Grover Norquist's "Contract with America"), a Tea Party document that, among other pledges, calls on lawmakers to identify "waste and ineffectiveness" in government and to end "runaway government spending."

Except, that is, when it comes to abortion. Then Grande is willing to bet the (tax payer-funded) house.

But Democratic State Sen. Mac Schneider, an attorney from Grand Forks, is urging his colleagues in the state legislature to not waste tax payer dollars on "expensive and potentially protracted abortion litigation." Schneider told ABC News that "there hasn't been near enough attention given to the costs as we've debated these issues," warning that legislators "need to be honest with taxpayer funds and that is: We will be spending money on attorneys."

The ban would charge doctors who knowingly perform abortions after six weeks with a felony that carries a five-year prison sentence. The measure makes exceptions for abortion to "save the life of the mother" but not for cases of rape or incest.

Sen. Dwight Cook, a Republican from Mandan who chairs the Senate Finance and Taxation Committee, speculated on Saturday that the governor was likely to sign the unconstitutional ban, telling the Associated Press: “He’s as pro-life as I am, and to what degree he looks at cost, I don’t know. If I had to bet, I’d bet he signs them.”