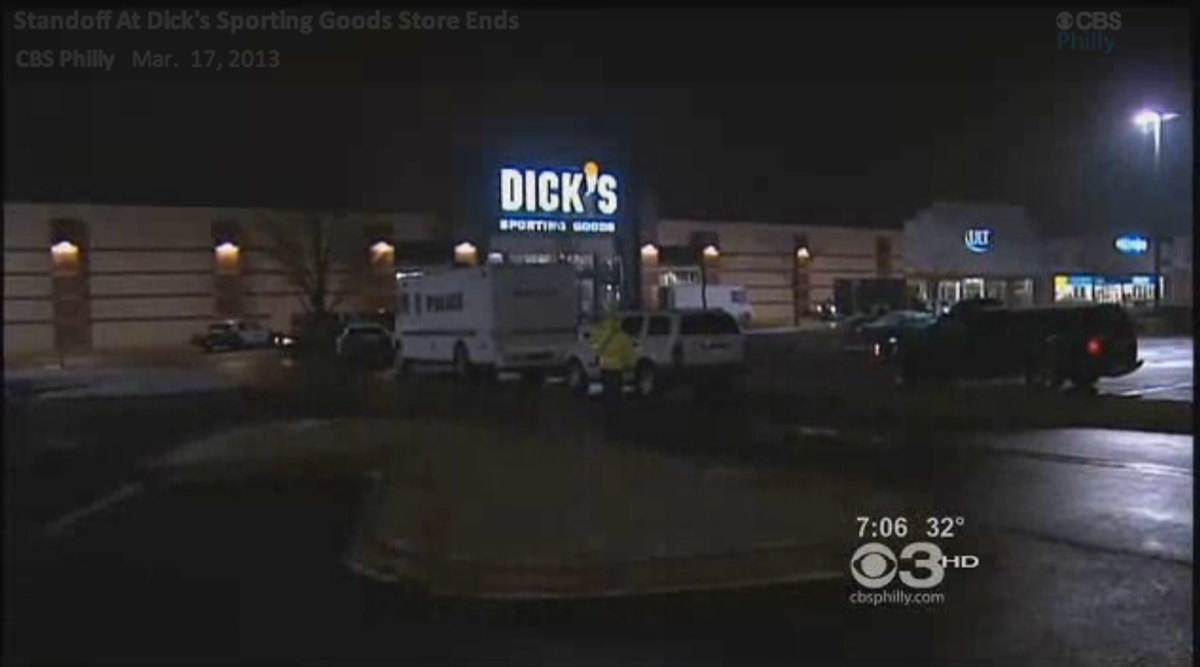 FAIRLESS HILLS, Pa. — Police say an armed man barricaded himself inside an eastern Pennsylvania sports store bathroom and killed himself.

Police say the man entered Dick's Sporting Goods in Fairless Hills on Saturday night and asked to see a shotgun and ammunition. Once the clerk handed those over, the man pulled out a handgun and ordered the worker to undo the shotgun's gun lock.

Police say the man then barricaded himself inside a bathroom in the Bucks County store. He didn't take any hostages.

The store and nearby businesses were evacuated during the four-hour-long standoff.

Police say the gunman died of a self-inflicted gunshot wound. His name wasn't immediately released. No one else was hurt.

Lt. Henry Ward says the man had been involved in a standoff with Middletown officers in 2002.