Vows to never put a baby in it 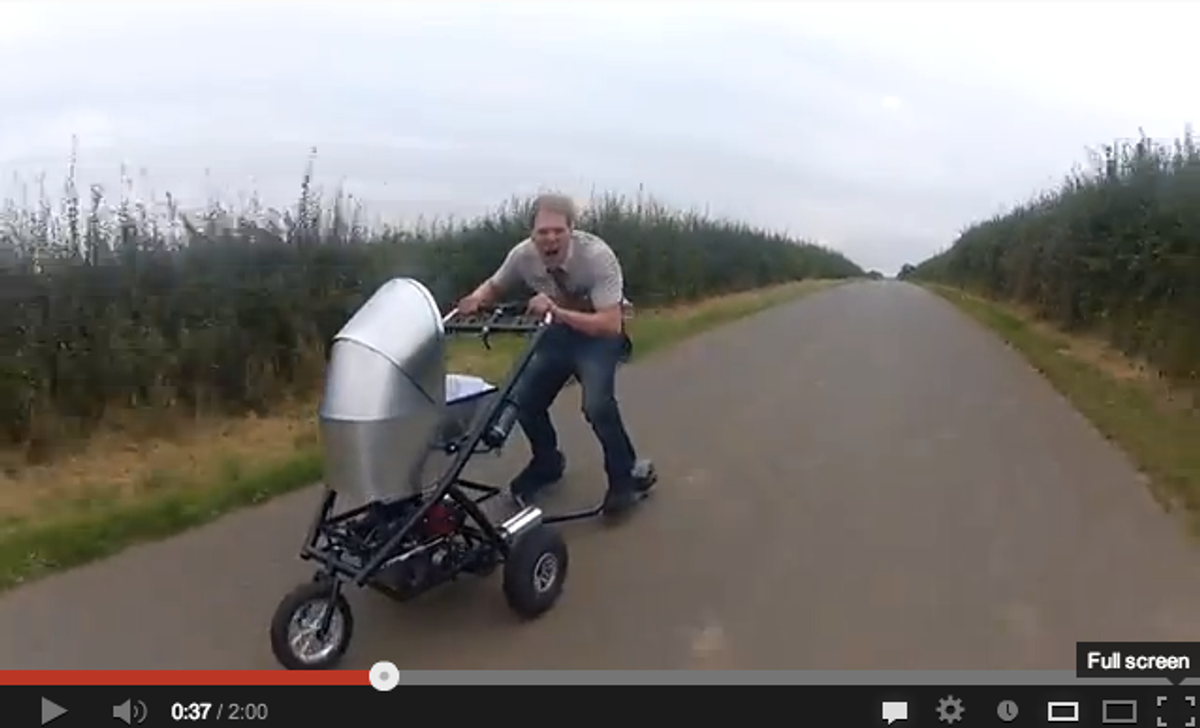 So this is a real thing that happened.

Faced with impending fatherhood, a 33-year-old plumber in Stamford, England decided to build the world’s fastest baby stroller. The gas-powered "mega-pram" can clear 53 miles an hour, setting a new world record and striking fear in the hearts of parents the world over.

But don't fret too much, no babies were harmed in the making of this stunt.

New dad Colin Furze has no plans to put his infant son in the tricked-out baby carriage, but confesses to using a lifelike decoy babydoll to mess with curious onlookers.

See it in action: