The high-rated miniseries "The Bible" features an Obama look-alike as Beelzebub; the right sees the resemblance! 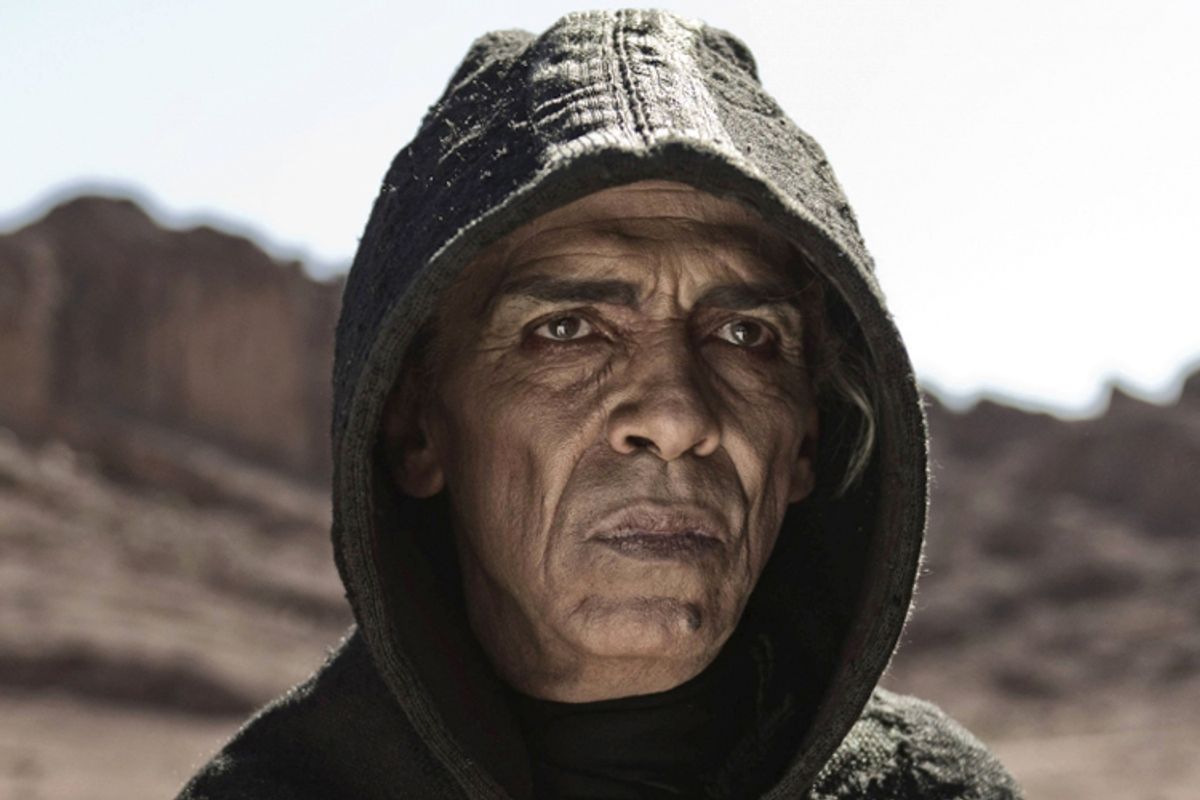 The History Channel has had a smash hit with "The Bible," a miniseries dramatizing the Good Book -- the premiere episode garnered 13.10 million viewers. That audience, last night, got their first peek at the Devil -- played by Mohamen Mehdi Ouazanni, an actor with a strong resemblance to President Barack Obama.

Glenn Beck was among the first to pick up the resemblance:

The hashtag #ObamaSatan has taken off among conservative Twitter users:

The idea of the president -- any president -- being a biblical force for evil is not a new one: WorldNetDaily called Bill Clinton "the Antichrist" in 2001, urging readers: "Reject him. Reject the mark of the beast." It's part and parcel of the swirling conspiracy theories that surround anyone in a position of power.

And yet with Obama, the speculation has been more open, and the "Bible" character has ignited a long-simmering meme: as far back as 2008, the authors of the post-Rapture novel "Left Behind" felt compelled to issue a statement: "I tell everyone that I don't think the Antichrist will come out of politics, especially American politics." Last year, a Texan pastor preached that Obama's re-election would lead to the Antichrist's takeover. The resemblance would be far less jarring had Obama not already been believed to be Satanic by some portion of the viewership.

Tucker Carlson's website the Daily Caller has started a caption contest regarding the side-by-side of Obama and the actor playing Satan; captions include "I offer free unlimited White House tours to all who will bow down and worship me"; "'president barak hussein obama' also spells 'I am Satan's Pinko Rehabbed User'"; and "This guy looks like he's up to no good … he looks black."

While "The Bible" is multicultural, Satan is played by Ouazanni, while the actors playing Jesus, Mary, Moses, John, and other heroic figures are all anachronistically light-skinned.

Update: The History Channel has told BuzzFeed: "HISTORY channel has the highest respect for President Obama. The series was produced with an international and diverse cast of respected actors. It's unfortunate that anyone made this false connection."

Executive producer Roma Downey added: "Both Mark and I have nothing but respect and love our President, who is a fellow Christian. False statements such as these are just designed as a foolish distraction to try and discredit the beauty of the story of The Bible."