If she runs against Mark Sanford, Colbert said he'll still mock "the former governor of the Appalachian Trail" 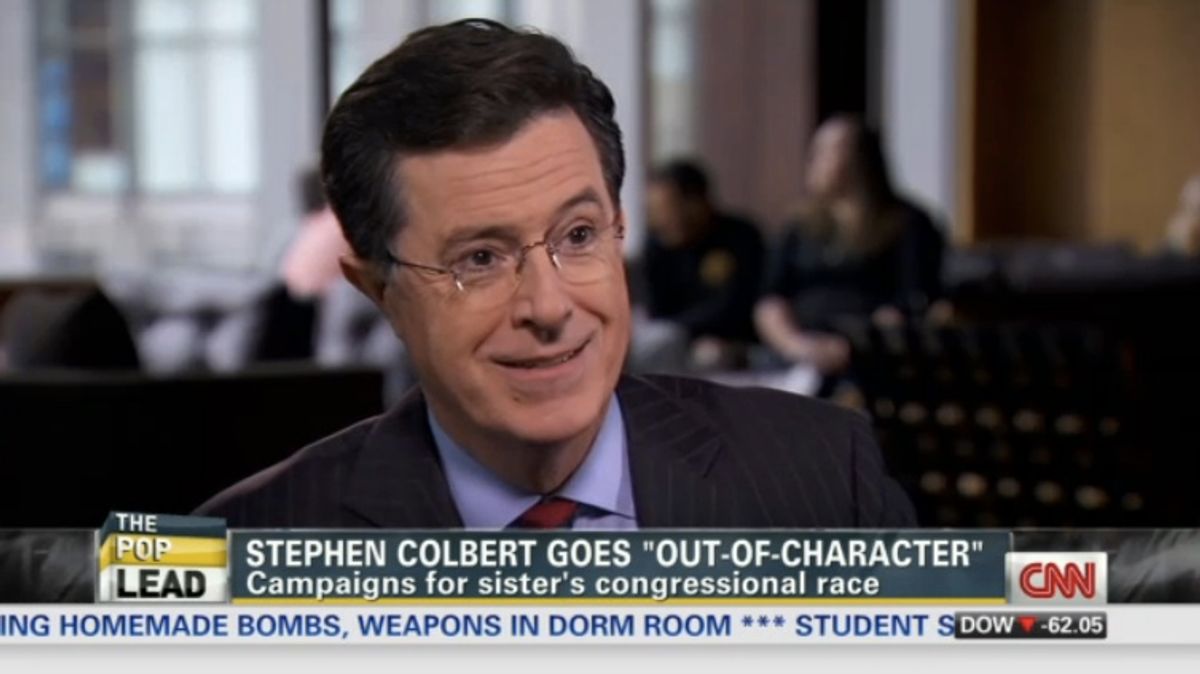 Stephen Colbert broke character to chat with CNN's Jake Tapper about his sister's bid for Congress in South Carolina, which will hold its primaries on Tuesday.

Elizabeth Colbert-Busch is running against two other Democrats in the primary, and if she wins she will likely face off with favored Republican candidate, former Gov. Mark Sanford.

Colbert said that "this is the first" time he's actually gotten involved in an election, and that he has been breaking character to help his sister campaign. "She's my sister, and I'm willing to break the jewel of my own creation to try to do something for her. I'm not worried about what it'll do to my show."

He added, "I don't care" if people object to his involvement.