As the country reels from news of another brutal gang rape, men come out against sexual violence in India 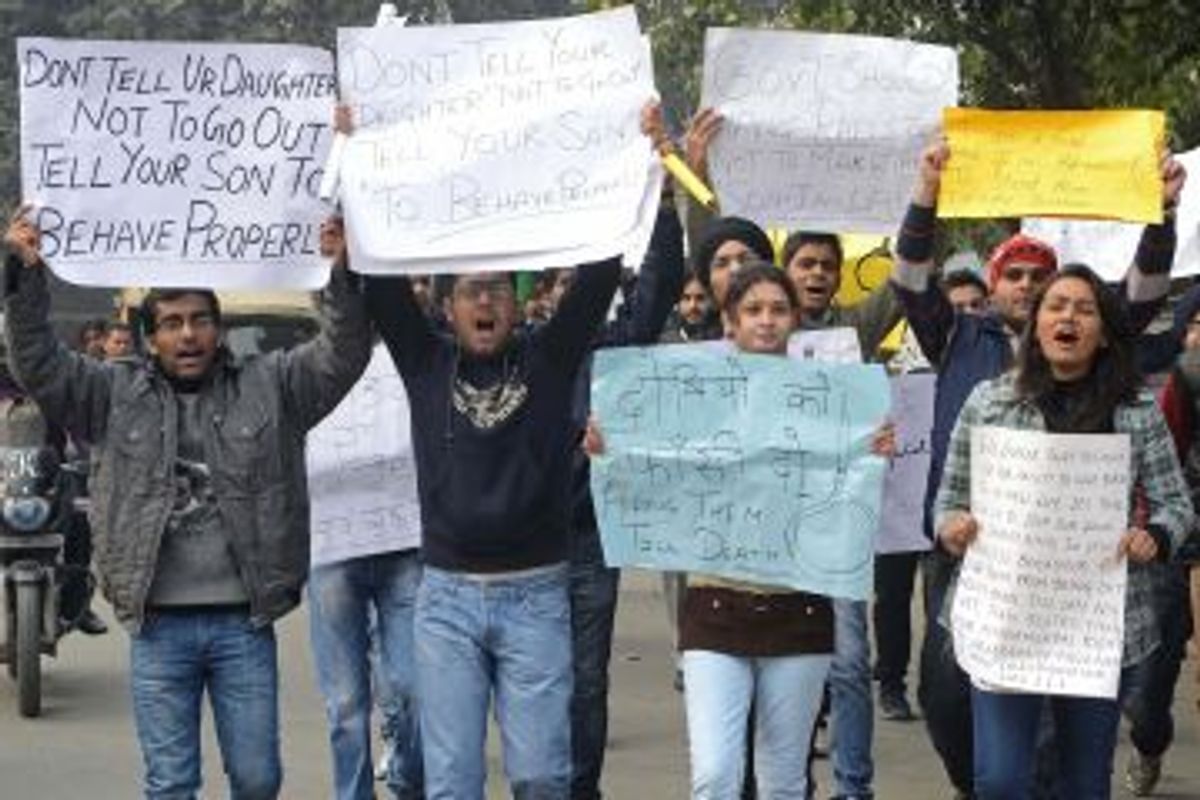 The brutal gang rape and murder of a 23-year-old medical student on a moving Delhi bus last December sparked a wave of protests across India, and inspired a newly-strengthened set of laws on rape, street harassment and other forms of violence against women. But ongoing reports of sexual violence, and news of yet another gang rape in the central state of Madhya Pradesh, is proof that -- in India and everywhere else -- there is no silver bullet for sexual violence.

Indian feminists have long argued that in addition to stronger laws, cultural attitudes towards women, sex and consent -- and views about the role of men in stopping violence against women -- need to change. And while the country reels from another brutal rape case, a group of men in Delhi are trying to start the shift.

As Joanna Sugden at The Wall Street Journal reports:

India For Integrity... met this weekend along with Delhi Bikers, local motorbike enthusiasts, to offer what they called “a public apology from Delhi men to Delhi women” and to commit to change men’s attitudes towards females.

“In the protests after the Delhi gang rape everyone was talking about punishment for the perpetrators but no one was asking ‘How can I change and make Delhi better and respect women more?’” said Jonathan Abraham, 30, one of the founders of India For Integrity.

The group was set up by friends in the wake of the anti-corruption movement in India in 2011.

“The idea of this event is to get men to think more introspectively and to take responsibility,” added Mr. Abraham who is a corporate trainer in the city.

A Saturday protest had a lower turnout than organizers had hoped for, but their very presence on the streets was a critical step toward raising the profile of male allies against sexual violence, advocates say. And Geom Abraham, a healthcare NGO worker who attended the protest, told the Journal that he was not disheartened by the group's small numbers. The movement is young, after all. “The ripple will not end here,” he said. “People will hear about it on the Internet and the conversation will continue.”

It's a ripple that caught the attention of Sanjay Kumar, a newspaper distributor, who decided to join the demonstration after he came across them on the street. “I saw the topic and thought there had been so many protests but this one was different. Instead of pointing the finger at each other you have to look at yourself and it’s really important for men to start by saying sorry.”