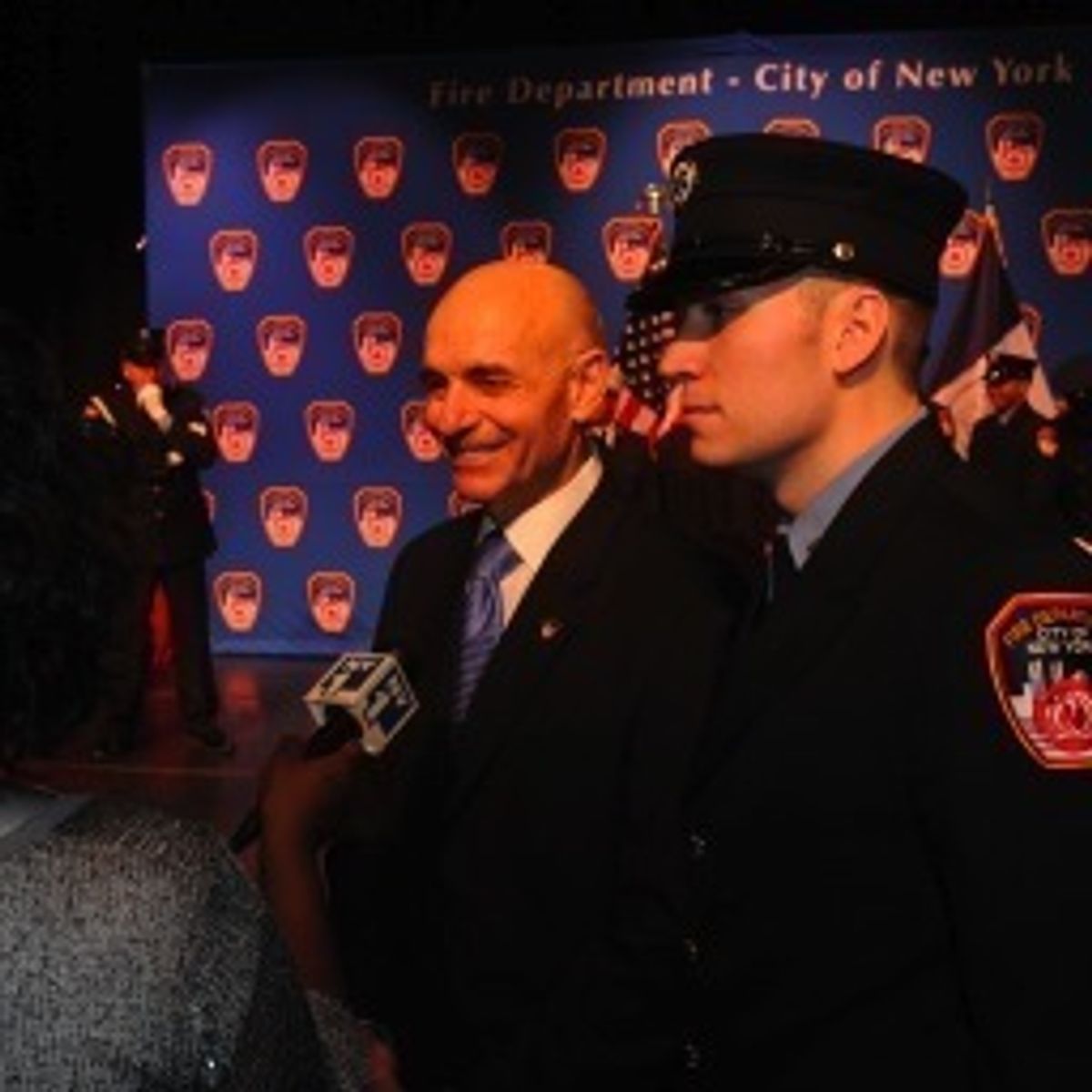 Joe Cassano, right, with his father, Salvatore (via Twitter)
--

Twenty-three-year-old Joe Cassano was set to follow in the footsteps of his father, New York Fire Department commissioner Salvatore Cassano. That was until the young Cassano sent out a number of racist slurs on Twitter. As the New York Times reported, the FDNY EMT resigned on Monday when the offensive content of his Twitter feed (now deactivated) came to light.

Here's a few of his choice tweets, as reported by the Times and New York magazine:

"I like jews about as much as hitler #toofar? NOPE."

“MLK could go kick rocks for all I care, but thanks for the time and a half today.” [Sent on Martin Luther King Jr. Day]

"News flash to half of the island, ur white! Stop talking like ur a shwoog." [Check Urban Dictionary, should you need to].

The Times noted that at a news conference on Monday, Mayor Bloomberg said that he “found the messages offensive," adding, “It is my understanding that he has chosen to resign from the Fire Department and I think that’s the appropriate thing and I’ll leave it there,” the mayor added.