A Democratic president controversially seeks to reduce benefits, and Republicans shrug. Why? A GOP insider explains 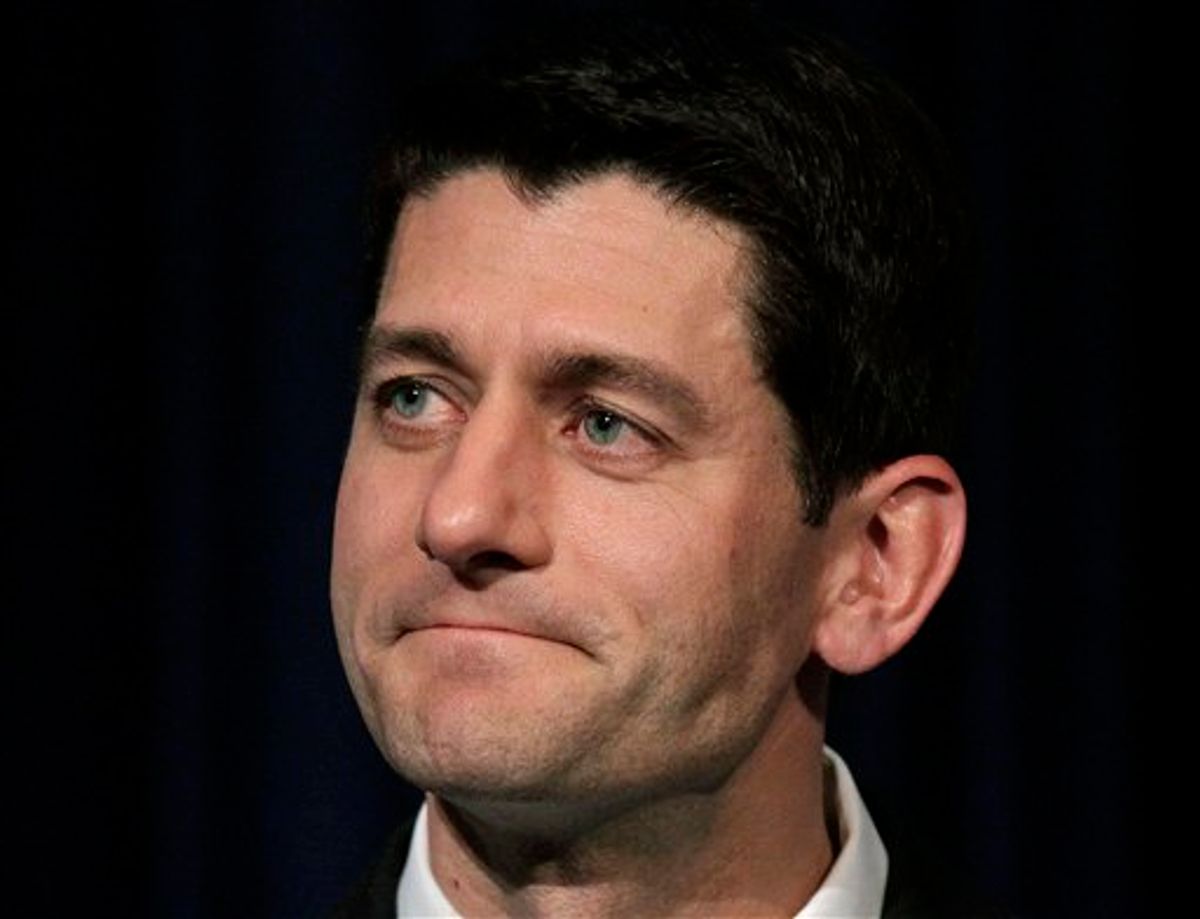 Democrats surprised or angered by President Obama’s apparent willingness to reduce Social Security benefits may wonder why his entreaty has elicited mostly a snooze from Republicans, who speak often of their interest in "entitlement reform." I worked on Capitol Hill as an economist for several Republican lawmakers, so let me explain.

The first point to consider is that in reality, Obama and his fellow Democrats would only be persuaded to sign off on changes to Social Security as a part of a grand bargain, in which the Republicans gave up something major in return, like significant additional tax revenues. While suggestions by House leadership this weekend that the party would never accept additional revenue under any circumstances is just posturing, in my view, it's obviously still something conservatives have little reflexive enthusiasm for, having just swallowed them in January.

Now, Democrats might argue that, by agreeing to reduce Social Security benefits, they’re also giving up something that would violate core principles. The problem is, Republicans view Obama’s chained CPI proposal to Social Security -- a modification in the cost of living index that would slightly revise benefits downward -- to be a minor concession that does little to improve the program’s long run shortfall.

As a result, even though it may seem like a big personal sacrifice for Obama, its relatively minimal effect on the problem, as we see it, means we’re willing to give up little in return.

The political problem for the president is that he has agreed to a change in indexation, but it happens to be the one that Republicans don’t really care about. Social Security has two different indexation issues: Not only do existing benefits for all recipients have to be adjusted every year to reflect changing prices (which the chained CPI proposal would address), but inflation must also be taken into account when calculating the initial benefits of new retirees. And this is where Republicans would be more willing to make a deal with the president.

Indeed, if he proposed a change to the latter indexation formula, he might find Republicans amenable to protecting lower-income recipients — and possibly even making concessions on the tax side (never mind what they said on the Sunday shows).

A bit of history is important to understand how Republicans see the issue. The party, of course, tried to reform Social Security in 2005, initially by diverting a portion of payroll taxes into personal retirement accounts. When that went nowhere, a plan B emerged that involved changing how the program indexes initial benefits for the wealthy and using personal accounts as a supplement to the regular program. The pivot was greeted with derision from the far right, who continued to insist that personal carve-out accounts would by themselves propel the Social Security system into solvency. Caught between right-wing obstinacy and a suddenly united Democratic front, the Bush White House dithered until Hurricane Katrina eliminated any possibility of reform. The Democratic sweep of 2006 cemented it.

While political fortunes eliminated any chance of changes to Social Security, the Great Recession hastened the retirement of millions of Americans who would otherwise have been working and paying payroll taxes. And longevity for those who reach their senior years accelerated in the 2000s, thanks to lower smoking rates for males, the ubiquity of statins, and progress in cancer treatment.

Republican budget mavens, like Paul Ryan and his acolytes, have pushed congressional leadership to address this set of circumstances, first by ending the payroll tax cuts as well as by addressing what they believe to be a long-run structural shortfall.

A key challenge with Social Security is that the system indexes initial benefits for new retirees to wage growth and, historically, wages go up with economic growth (although, to be fair, since 2009 this has not been the case). This means that economic growth will not necessarily reduce the system's shortfall: higher growth frequently results in higher wages and, thus, higher benefits down the road.

Republican budget wonks want to delink wage growth from Social Security benefits for upper-income households, under the belief that this would help solvency but also help economic growth (were it to return to something approaching the long-run norm) to reduce the long-term deficit as well.

They've made this pitch to Obama in various negotiations, to which he's countered by suggesting he could live with changing the measure of inflation that the program uses to index ongoing benefits for current retirees to inflation. Conservatives believe that the current measure overstates true inflation, and fixing that would reduce the long-term shortfall, but the savings from this change would be much less than would be saved by addressing the linkage between benefits, wage growth and economic growth. The conservative view is that depending on when it began and precisely how it is structured, changing how we index initial Social Security benefits could reduce roughly half of the nearly $4 trillion projected shortfall Social Security currently faces while leaving low-income households unaffected.

Obama’s proposed compromise is one that pleases no one on either side. While that’s Beltway pundits’ idea of a perfect solution, the reality is that if neither side is excited about what they’re getting, they’re not going to surrender something they actually prize. If conservatives have to even think of hundreds of billions of dollars more in tax increases, they don't want to do it to fix 10 percent of the Social Security shortfall -- they want to get as close to 100 percent as possible. Similarly, many Democrats aren't going to go for a cut in benefits, in exchange for a moderate increase in tax revenues.

In other words, if a deal happens, it will need to be something other than what’s on the table now. So, if Republicans aren’t jumping for joy at Obama’s chained CPI proposal, that’s the reason why.

Ike Brannon is a senior fellow and director of research at the R Street Institute, a think tank in Washington DC. He has previously served as an economist on the Senate Finance committee and Joint Economic Committee, as well as on the presidential campaign of John McCain.