Hockney's 23-year-old friend and personal assistant fell ill at the artist's home, and died at a nearby hospital 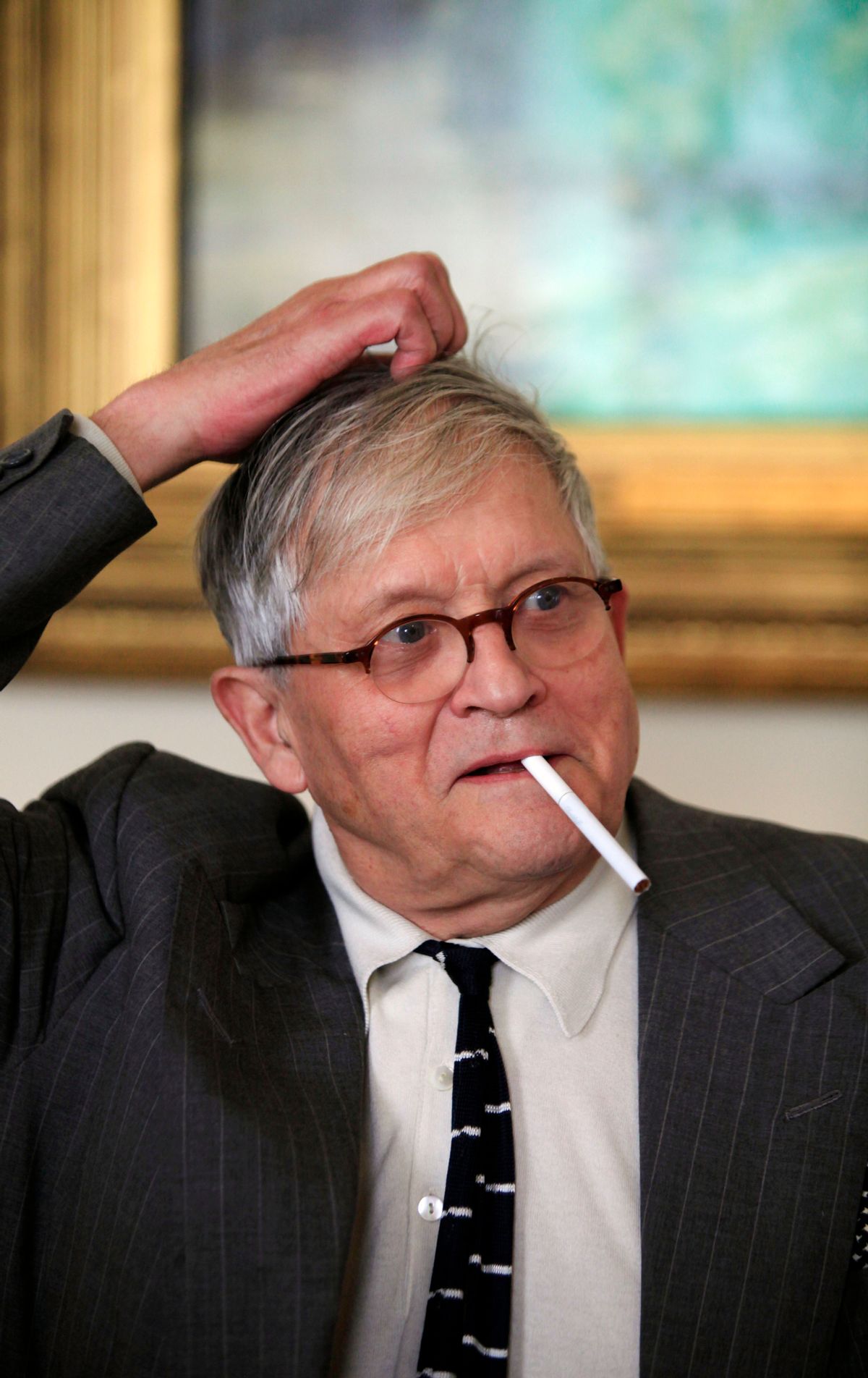 Dominic Elliott, the 23-year-old personal assistant of the renowned British painter David Hockney has died, after after turning up at the artist's home in Bridlington gravely ill, reports the London Evening Standard. Elliott was rushed to Scarborough Hospital in North Yorkshire at around 6 a.m. yesterday by a friend, and listed in “serious condition,” after being found unwell at the artist’s house in Bridlington — he was pronounced dead shortly after arrival.

Though police say they are investigating the circumstances of his death, they say there were no signs of foul play, and are treating the death as “unexplained,” though there is evidence that Elliott, whom the 75-year-old artist considered a close friend, had been drinking. A post mortem to establish cause of death will be held tomorrow.

Elliott, a rugby player who lived nearby, had worked for Hockney for several years. He had posed for the artists — there is a portrait of him sitting in a chair, from 2008 — and he likely helped him with his famous series of landscape paintings set in the surrounding countryside. The painter was in town at the time of his death though it isn't yet clear if he was in the house at the time — he was not the one to drive Elliott to the hospital. But Hockney's close friend said the artist was very distressed to learn of Elliott's death. “He saw him every day. It is very distressing he was a very bright, he was one of David’s assistants and would help him when he was setting up exhibitions. He helped with the Royal Academy show last year.  It is a tragedy. “

Hockney — one of the most famous British artists of his generation, and a star of the pop art, who spent years in California — was honored at the Royal Academy of Arts last year with an exhibition of his large-scale landscapes, "A Bigger Picture." Most of the works were based on scenes in the countryside and hills near his Bridlington home. He works mostly out of a huge studio on the edge of town, and is perhaps best known for his works, "A Bigger Splash" and "Mr. and Mrs. Clark and Percy."