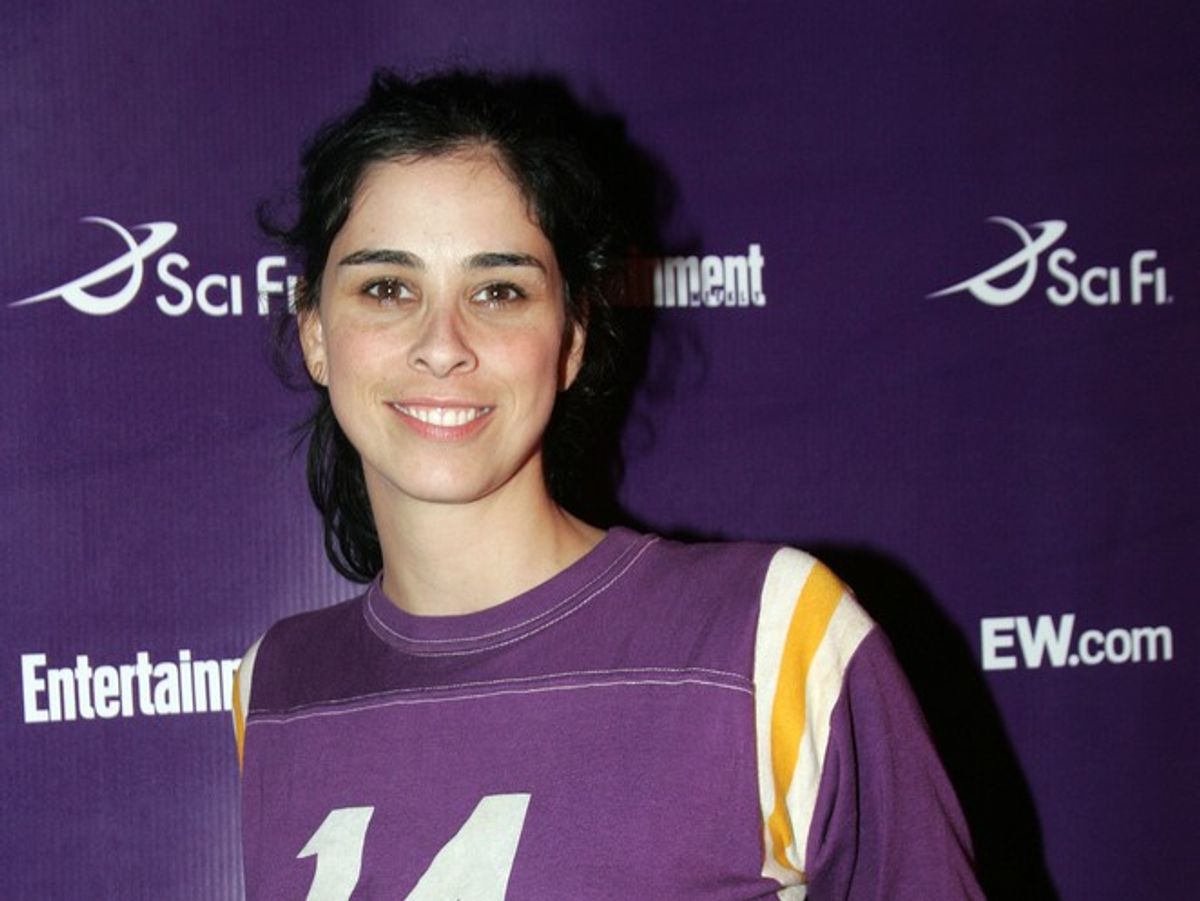 Seth MacFarlane, king of satire, is currently casting his undoubtedly irreverent western, "A Million Ways to Die," which already has big names like Amanda Seyfried, Charlize Theron and Liam Neeson attached to it. And the Hollywood Reporter has the scoop that the bawdy Sarah Silverman might join the cast -- playing a Christian prostitute.

" 'A Million Ways to Die' follows a cowardly sheep farmer (MacFarlane) who chickens out of a gunfight and sees his girlfriend (Seyfried) leave him for another man. When a mysterious woman (Theron) rides into town, she helps him find his courage. But when her outlaw husband (Neeson) arrives seeking revenge, the farmer must put his newfound courage to the test.

Sources say Silverman would play the town’s well-worn prostitute, who engages in all sorts of lewd activities but refuses to have sex with her fiancé (Ribisi), believing that as Christians the couple should wait until marriage before lying down together."