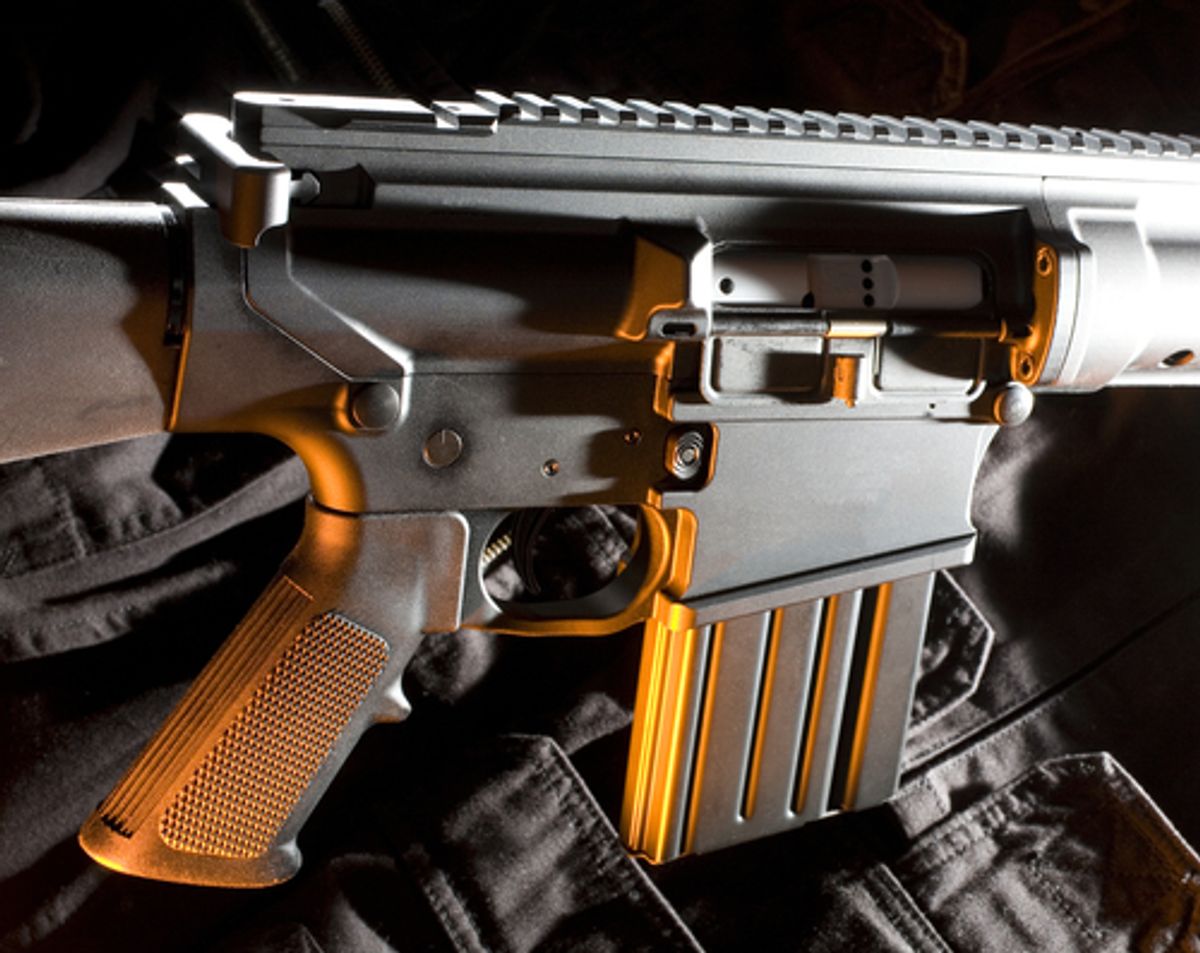 Arms manufacturers Smith & Wesson,  Cabela's and Big 5 all boasted sterling third quarter results in the post-Sandy Hook gun boom. A number of big retail chains moved to end sales of AR-15s and similar assault weapons in the wake of the shooting and Cerberus Capital, the New York firm that owned Bushmaster, sold the company, calling the Connecticut shooting a "watershed event." But a small number of hedge funds, accustomed to a sadly familiar pattern (gun massacre, leads to fear of gun bans, leads to mass gun sales), moved to make bank on the tragedy and this predictable trajectory.

In an unremarkable February report, Bloomberg News noted that Owl Creek Asset Management LP bought 1.62 million Smith & Wesson shares around the time of the Sandy Hook shooting. Although the precise date of the acquisition is not known, the implication is that the investment was made days after the massacre. On Monday, activist publicity organization Sparrow Media pushed the story a stage further, highlighting the hedge fund managers behind the purchases.

"Jeffrey Altman, Founder and Portfolio Manager for Owl Creek Asset Management, and Robert Bishop, of Impala Asset Management, each seized an opportunity in the days following the Sandy Hook Shooting, to purchase millions of shares in gun stocks (1,616,300 shares [valued at $13,642,000] and 893,938 shares [valued at $27,787,000], respectively)," wrote Sparrow Media, adding, "Altman’s and Bishop’s intentions, as deduced by peers in asset management, are to turn the fears and murmurations of new gun regulations into profits, as a newly fabricated demand for firearms like the Bushmaster .223 Caliber Assault Rifle, the AR-15 and the Ruger Mini-14—each potentially at risk of regulations—outpaces their supply on shelves at retailers."

Sparrow Media details the method it believes Altman, a self-described "vulture," employed to profit from the tragedy:

Altman’s process is to purchase equity in a distressed company if he feels its listing is undervalued or if he feels he can advocate for the companies listing to reach a higher value. Applying this process, Altman, on-or-around Tuesday December 18th, paid approximately $12,590,977 to acquire 1,616,300 shares of SWHC, the supposition being that it was only a matter of time until the national debate over gun control—reinvigorated by the tragedy at Sandy Hook— would trigger an avalanche of gun sales, specifically at-risk guns like SWHC’s AR-15... Should Altman decide to sell his stake today, he could receive approximately $14,886,123, which would pay out an approximate profit of $2,295,146.

Whether Owl Creek or Impala have followed similar investing patterns in the wake of previous gun massacres is not currently known. Based on the hedge funds' post-Sandy Hook behavior alone, however, activists are naming and shaming fund managers and demanding divestment from the blood-stained stocks.