The Obamas will once again host the White House Easter Egg roll, a first family tradition 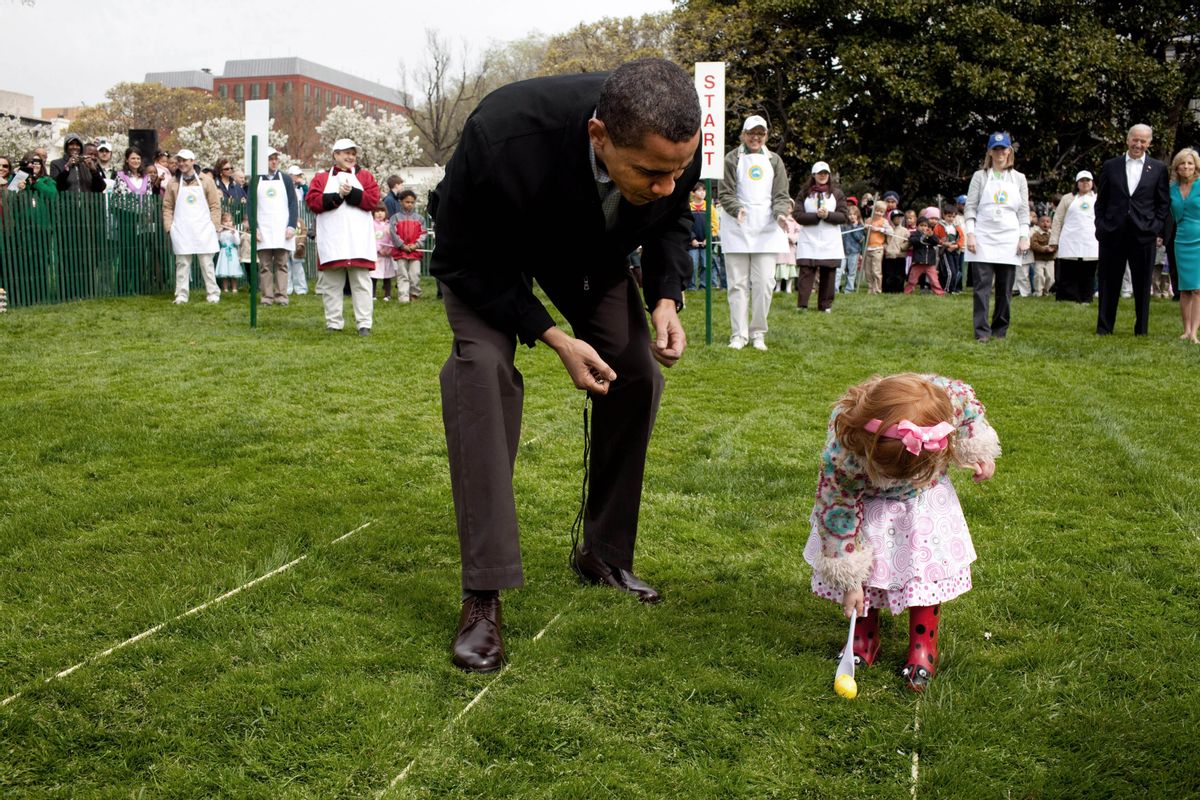 WASHINGTON (AP) — The White House says that though tours of the White House have been halted because of cuts in government spending, the popular Easter Egg roll on the grounds of the presidential mansion is still expected to proceed as planned on April 1.

Free tickets have been distributed and more than 35,000 people were expected to join President Barack Obama, first lady Michelle Obama and their family on the South Lawn for hours of sports and games, story-telling, cooking demonstrations and the traditional rolling of hard-boiled eggs.

An earlier e-mail notified ticket recipients that this year's event could be cancelled because of budget battles with Congress.

White House press secretary Jay Carney on Tuesday said the e-mail went out before it appeared that Congress would avoid a government shutdown next week.