The LGBTQ icon allegedly kicked a man in the groin 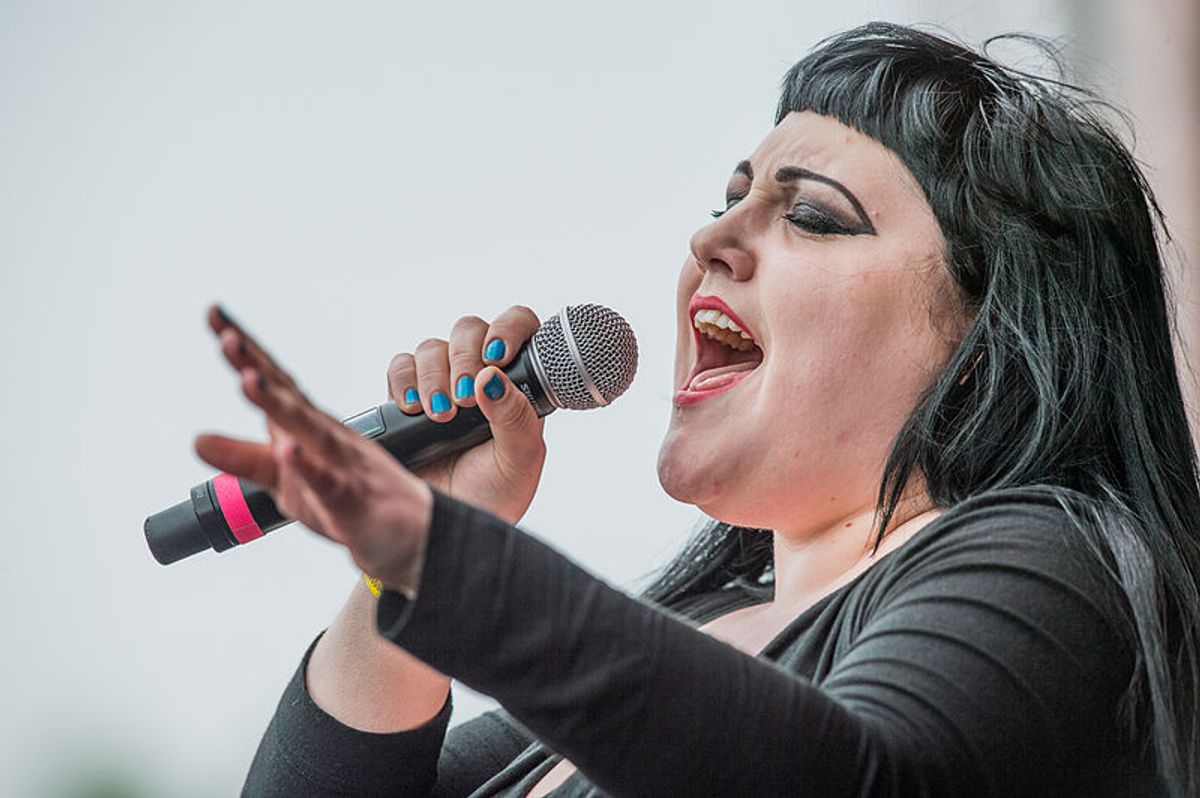 LGBTQ icon, model and indie darling Beth Ditto of the Gossip was arrested for disorderly conduct on Friday, reports the Guardian. Ditto, whose real name is Mary Beth Patterson, allegedly kicked a barman in the groin at the Bungalo Bar in Portland, Ore.

"According to a source at the Bungalo Bar on 4205 N Mississippi Ave., Ditto was cut off from drink service at that bar early Saturday morning because she appeared to be inebriated, and upon leaving the bar 'walked out in the middle of the street, threw off her shoes and purse and screamed OBAMA! OBAMA!' as friends arrived to try to put her in a car."

The Portland Police issued the following description on Monday:

"Officers arrived and contacted Patterson standing in the middle of the street with her arms extended from her sides like an airplane, and she was shouting (unknown what) as she blocked traffic. Four cars were stopped in the road and one driver was honking his her horn and yelling for Patterson to get out of the street."

Ditto, who in 2010 modeled for Jean Paul Gaultier in the Paris Fashion Show, is currently awaiting a court date.