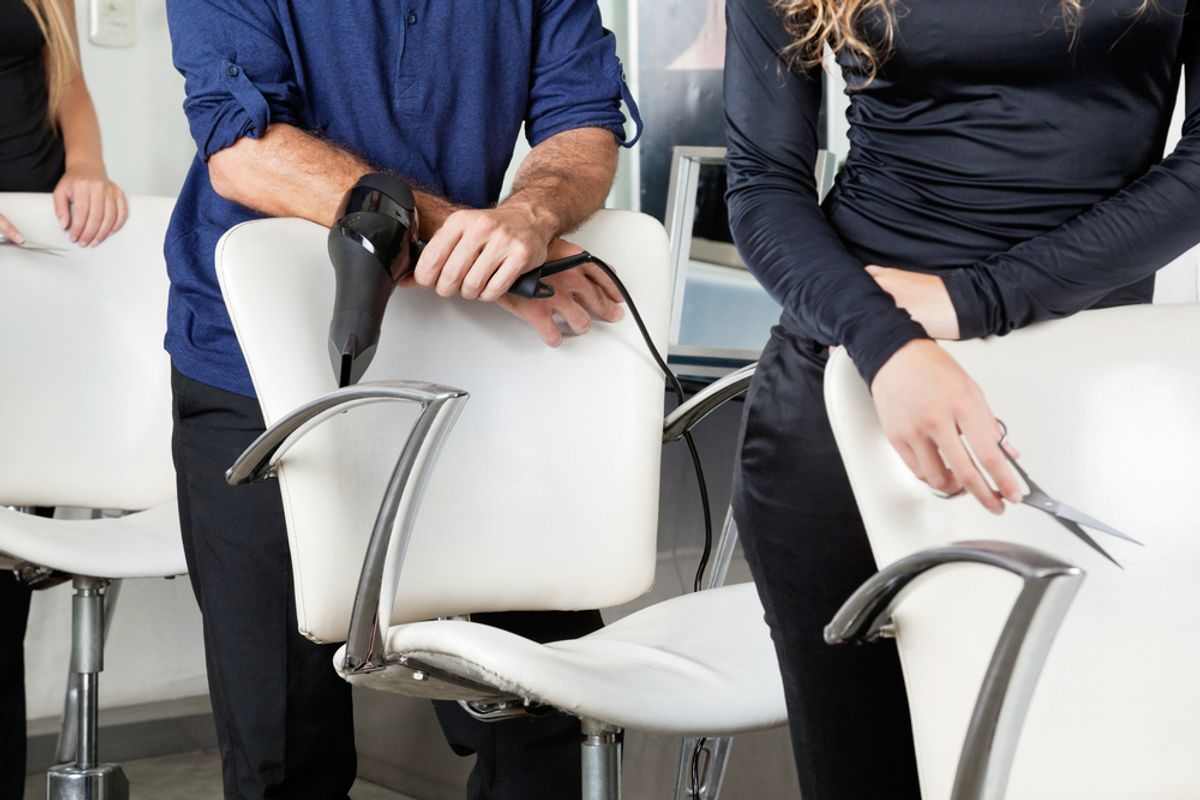 A British hair stylist has filed a discrimination suit against the owner of a beauty salon, alleging Funky Divas salon proprietor Andrew Rodgers is a “sexist bully” who said he would only hire overweight and gay hairdressers because "they wouldn't get pregnant and go on maternity leave."

According to the Daily Mail:

Mr Rodgers, who is gay, allegedly resented employing women at his Funky Divas salon chain, which has three branches in Sheffield.

Witnesses said he was ‘very sexist’ and picked on those who became pregnant because he did not want them to take maternity leave.

Nail technician Kirsty Diver, 32, said she was reprimanded for  taking time off to have a baby.

She said: ‘He stated that in future he will be employing only fat, gay and lesbian members of staff as  no one would want to have a baby with a fat person and gays and  lesbians would not need to be off for maternity or paternity leave.’

Tracey Everatt said that she quit because of her boss’s ‘poor’  attitude towards women.

She said: ‘Andrew used to say “I’m sick of these women draining the resources, I am going to make their life hell”.

While the allegations stand as a reversal of far-more-common cases of anti-gay employment discrimination, they're still completely serious and awful. No woman should be made to feel that having a child will jeopardize her career. And fat-phobic garbage (and bizarre ideas about who can and can't have babies) has no place, well, anywhere, really.

When asked by reporters if he made the discriminatory comments, Rodgers replied: "I don’t speak like that. It is ludicrous to think that. It is not my nature."