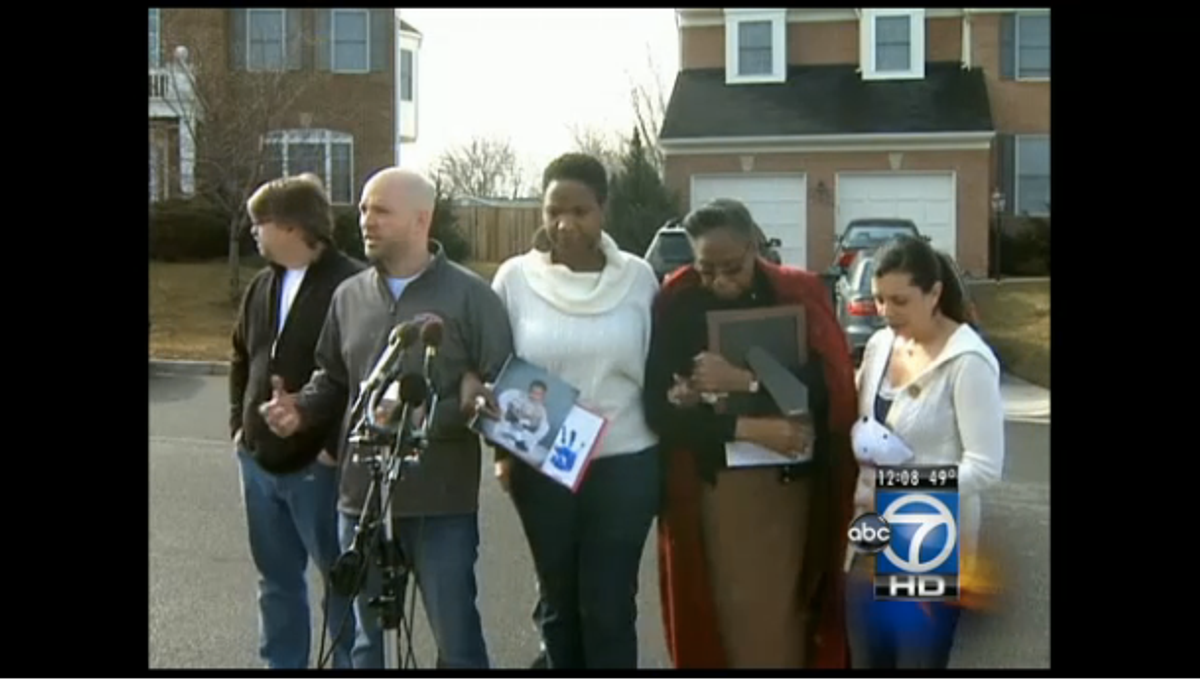 Caleb Gordley was grounded the night he was killed. The 16-year-old basketball, football and baseball player from Virginia hadn't cleaned his room earlier that day, landing him in hot water with his father.

But like many teens his age, Gordley decided to go out in spite of the punishment. After a night out with friends, the high school junior had to sneak back inside. But he had been drinking, and at 2:30 a.m. mistakenly entered the near-identical brick house just two doors down from his own on a quiet cul-de-sac. It would end up being a fatal error.

Once inside, Gordley was confronted by homeowner Donald West Wilder II, who was armed. Wilder fired a warning shot. The teenager stayed put. Wilder fired again, this time aiming at Gordley, killing him.

As the Washington Post reports, Gordley's father is still struggling to understand how something like this could have happened to his son:

“They have the exact same staircase as us, the exact same carpet. Caleb clearly thought he was in his own house,” said his father, Shawn Gordley, who provided the account of his son’s night. “He probably stumbled around and was just trying to go to his room.”

The Gordley family did not know Wilder well, but they shared a relatively quiet block and the teenage athlete was known around the neighborhood as a good kid who stayed out of trouble. “He’s a kid with a smile on his face all day long,” Ferris Eways, the football coach at Park View, told the Post. “Great kid. Good to his friends, good to his teachers, and behavior-wise an outstanding student. Never ever complained, never ever did anything disobedient.

Under Virginia law, citizens can use deadly force to defend their lives, but not to defend property. So cases involving the death of a perceived home intruder remain murky legal territory, prosecutors say. But an investigation by the Virginia-Pilot shows that in a majority of these cases, prosecutors do not file charges against the shooters. And in cases when charges are filed, sympathetic juries tend to side with homeowners, the paper reports.

"You can instruct juries all you want to on what the law is, but juries have the ultimate power to acquit for any reason they want," Ronald Bacigal, a professor at the University of Richmond's law school, told the Pilot.

Shawn and Jennea said in a statement that they forgive Wilder and that they do not believe he intentionally killed their son, but expressed frustration over a lack of transparency from the Loudoun County Sheriff's office around the case.

In response, the department issued the following statement:

There is a lot of speculation and rumor in this case, and we are working on sorting out the facts. It would be irresponsible to put out information that’s not verified.

The LCSO has consistently been in regular contact with Caleb’s family, and will continue to meet with and update them as information regarding the case develops.

At the conclusion of the investigation, the details of the case will be reviewed with the Commonwealth’s Attorney and shared with the families involved.

No charges have been filed against Wilder, but local police say that the investigation is ongoing.