There goes the anti-gay neighborhood! 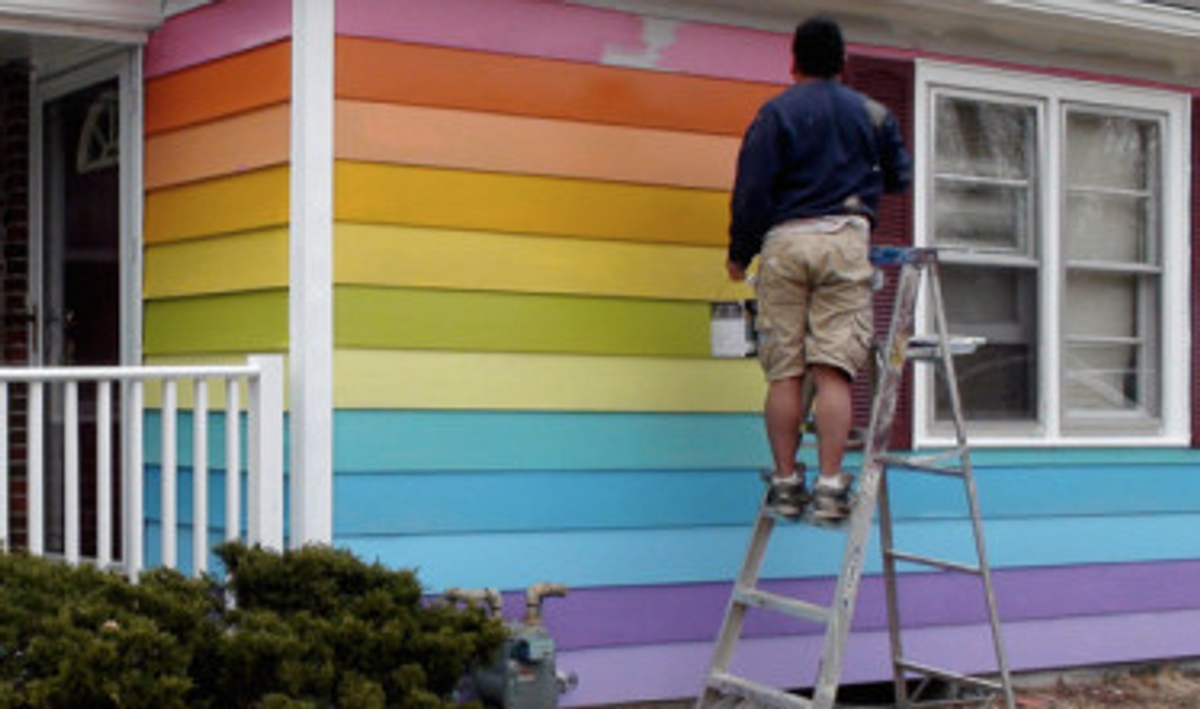 Aaron Jackson, a co-founder of environmental and humanitarian nonprofit Planting Peace, had ambitions to become more active in gay rights advocacy but didn't know the best way to do it.

Turns out, real estate was the answer.

After seeing a "For Sale" sign across the street from the anti-gay hate group Westboro Baptist's compound in Topeka, Kansas, Jackson decided to buy the property. Oh, and paint it to look like a rainbow flag.

I didn't know anything about the church or where they were located, but that story kept popping up. And one night I wondered, Where is this church? I got on Google Earth, and I was 'walking down the road,' and I did a 360 view. And I saw a 'For Sale' sign sitting in the front yard of a house. Right away it hit me, Oh my gosh, I could buy a house in front of the WBC! And immediately I thought: And I'm going to paint that thing the color of the pride flag.

After a month of living in the house, he's already had a few run-ins with Westboro-leaders Fred and Shirley Phelps:

"It's the craziest thing," he told the Post. "It really throws you off -- because she's the type of woman who calls you 'hun' and 'darling' -- she's very Southern," he said. "It's like, aren't you the lady that's supposed to be casting me into hell? It's truly mind-boggling, but I can't say anything personally bad about her because she was kind to me and she made me laugh."

Things may not remain as friendly after the real purpose behind Jackson's move is revealed, in its distinctive rainbow colors. Jackson was joined by a group of volunteers on Tuesday to paint his new abode its rainbow hue.

Defending the confrontational nature of the gesture, Jackson explained it's really about using the hate group's media obsession against them, as he told the Post:

The media has already given them such a huge platform, and I don't see that stopping," he said. "We're taking the energy that's being poured into them and turning it into something positive. This is how we plan on playing it: Use their energy and let's turn it into something incredibly positive for the LGBT community.