Steubenville football coach could be Ohio AG's next target 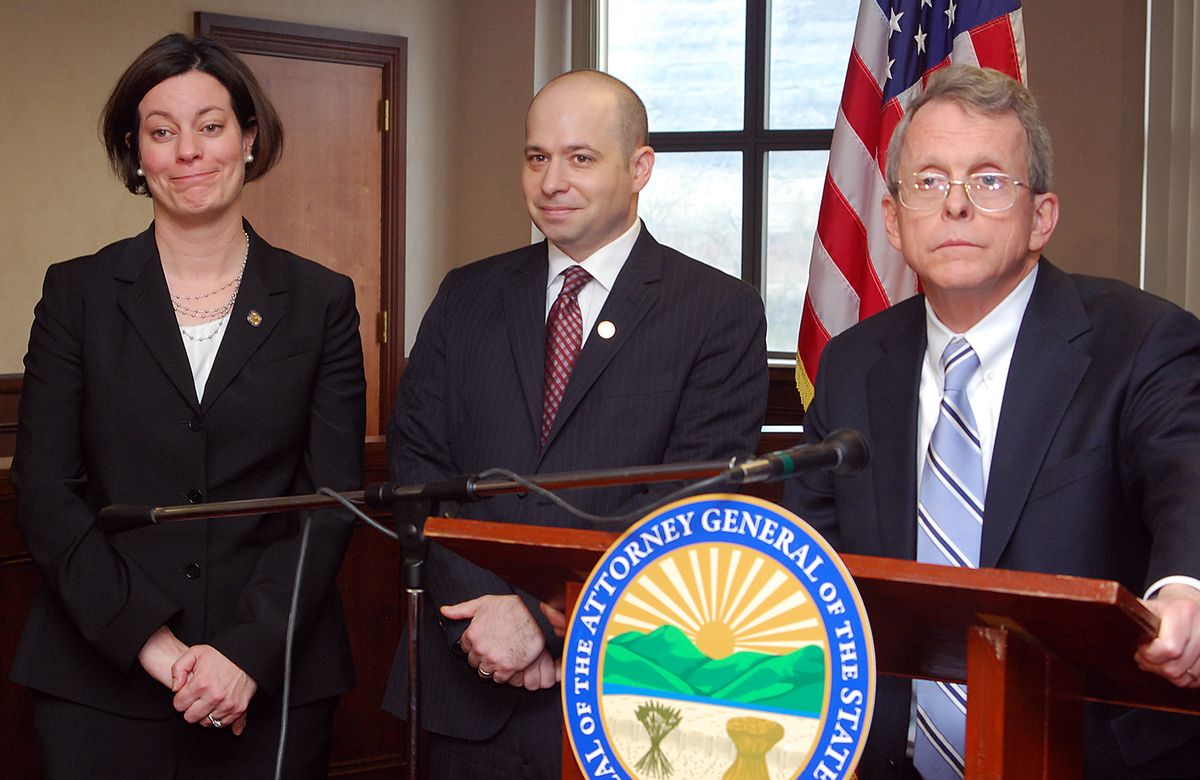 COLUMBUS, Ohio (AP) — The head football coach at Steubenville High School and the owners of a house where an infamous 12-minute video was filmed could be investigated as Ohio prosecutors look into how adults responded to allegations of rape last year.

One day after a judge convicted two high school football players of raping the 16-year-old girl in August, Steubenville's top official said she welcomed a new, wide-ranging probe into possible wrongdoing connected with the rape.

The announcement of the guilty verdict was barely an hour old Sunday when state Attorney General Mike DeWine said he was continuing his investigation and would consider charges against anyone who failed to speak up after the summertime attack. That group could include other teens, parents, school officials and coaches for the high school's beloved football team, which has won nine state championships.

Authorities also said they won't put up with people harassing the accuser and took action Monday to prove it, arresting two girls suspected of threatening her well-being in Facebook and Twitter comments Sunday. The Jefferson County girls, ages 15 and 16, were being held in juvenile detention, Steubenville police Capt. Joel Walker said.

The older girl was charged with aggravated menacing for a tweet that threatened homicide and said "you ripped my family apart," according to the attorney general's office. A Facebook posting from the younger girl threatened the accuser with bodily harm, leading to a menacing charge, the office said.

"These arrests, I hope, will end the harassment of the victim," DeWine said. "We are simply not going to tolerate this. Enough is enough."

The case brought international attention to the small city of 18,000 and led to allegations of a cover-up to protect the Steubenville High School football team.

According to trial testimony, one of the two football players said the coach knew about what happened and "took care of it."

The video, passed around widely online, depicted a student joking about the attack. "She is so raped right now," the boy says.

Investigators interviewed the owners of a Steubenville house where the video was filmed, which was also the same place a photograph was taken of the girl being carried by her ankles and wrists, DeWine's office confirmed Monday. That picture, Exhibit No. 1 at the trial, generated international outrage. There is no phone listing for the home.

Numerous students, including defendant Trenton Mays, referred to the girl as "dead" in text messages the night of the attacks, apparently in reference to her unconscious state. The girl, who acknowledged drinking, testified she had no memory of the assaults.

A grand jury will meet in mid-April to consider evidence gathered by investigators from dozens of interviews, including with the football program's 27 coaches, which include junior high, freshman and volunteer coaches.

Text messages introduced at trial suggested the head coach was aware of the rape allegation early on. Reno Saccoccia "took care of it," Mays said in one text introduced by prosecutors.

DeWine said coaches are among officials required by state law to report suspected child abuse. Saccoccia has not commented.

Steubenville city manager Cathy Davison said residents want to see justice done, and the city will be better off going forward because of the wider investigation.

"Football is important in Steubenville, but I think overall if you looked at the community in and of itself, it's the education process, the moral fiber of our community, and the heritage of our community, that is even more important," Davison told The Associated Press.

Steubenville schools Superintendent Mike McVey released a statement Monday reiterating his position that the district was waiting until the trial ended to take action. He declined to address the grand jury investigation.

"What we've heard so far is deeply disturbing," McVey's statement said. "At this time, we believe it is important to allow the legal process to play out in court before we as a school district make any decisions or take action against any of the individuals involved with this case."

It's unclear what could happen to the school's sports programs if coaches were charged. Sanctions against teams or programs typically involve violations of rules related to playing, such as improper recruiting of student-athletes or playing ineligible athletes, said Tim Stried, spokesman for the Ohio High School Athletic Association.

"The incident that happened was not during a contest, was not even at school. No playing rules were violated, and it didn't have anything to do with eligibility or recruiting," Stried said.

Mays and Ma'Lik Richmond were charged with penetrating the West Virginia girl with their fingers, first in the back seat of a moving car after a mostly underage drinking party on Aug. 11, and then in the basement of a house.

Mays, 17, and Richmond, 16, were sentenced to at least a year in juvenile prison for the rapes. Mays was ordered to serve an additional year for photographing the underage girl naked.

They can be held until they turn 21.

Special Judge Thomas Lipps recommended the boys be assigned to Lighthouse Youth Center-Paint Creek in Chillicothe. The Ohio Department of Youth Services contracts with the secure, residential center. Lipps said it had a strong program for treating juvenile sex offenders.