At the 10-year anniversary of the Iraq War, there has been no war film that captured the public imagination 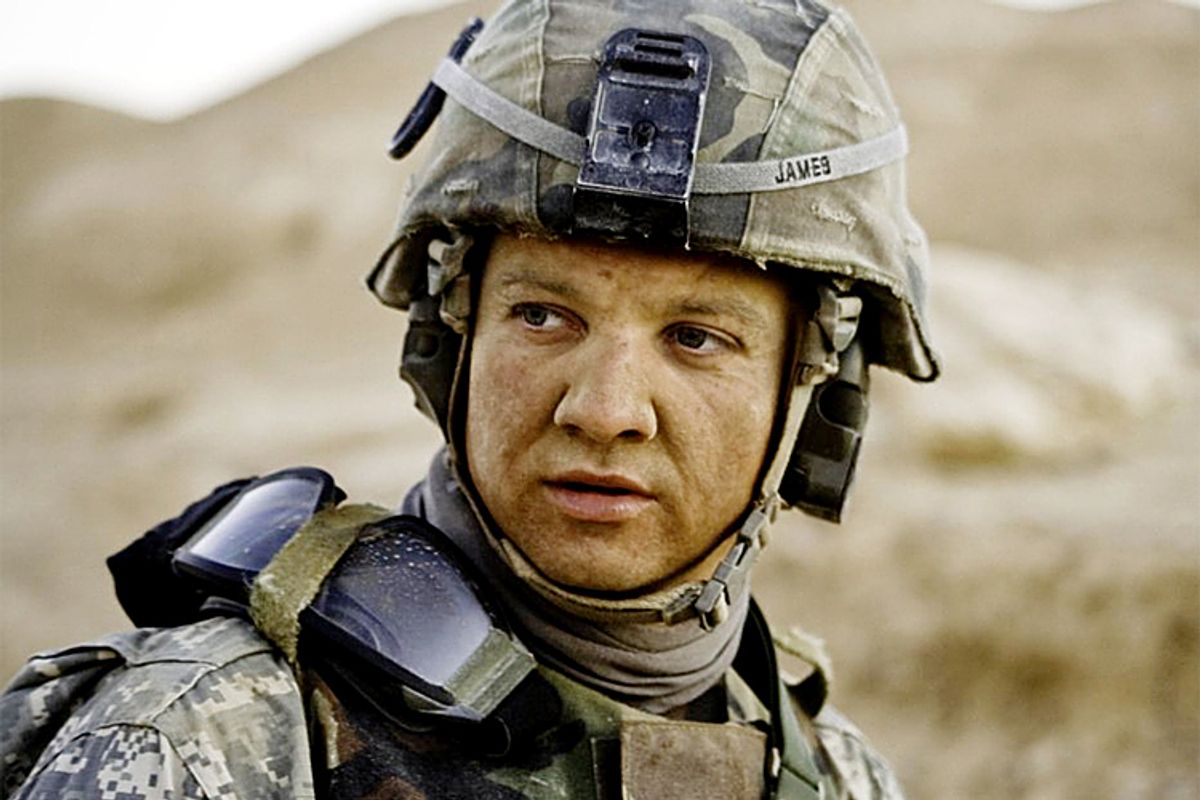 In the 10 years since the Iraq War began on March 19, 2003, there have been a preponderance of films about the conflict in the Middle East. 2007 alone saw the release of "In the Valley of Elah," which depicted post-traumatic stress disorder among Iraq veterans; "Redacted," about the slaughter of civilians; "Lions for Lambs," about government pro-war propaganda; and "Rendition," about U.S. torture practices.

All of them were, for lack of a better word, bombs, and failed to capture the public imagination. (When's the last time you heard of someone streaming "In the Valley of Elah" on Netflix?)

Even "The Hurt Locker," Kathryn Bigelow's 2009 opus about an American bomb squad, struggled to find an audience until it swept the Academy Awards; it was the lowest-grossing film ever to take the best picture Oscar. Much like foreign coverage of Iraq as the wars dragged on, "The Hurt Locker" was largely ignored.

While after the Vietnam War, movies like "Apocalypse Now" and "The Deer Hunter" drew audiences and defined the national conversation, and jingoistic World War II films were the vogue throughout the 1940s, films about the current conflict in the Middle East have failed to find much of an audience. Even "Act of Valor," last year's smash hit military recruitment film-cum-action flick intended to allure potential Navy SEALs, steered clear of the Persian Gulf, with set pieces in Costa Rica and Ukraine.

"I think it's very simple," said film historian David Thomson, the author most recently of "The Big Screen: The Story of the Movies." "People did not like the war. They did not believe in the war.

"In general, I don't think audiences like war films about wars that are still going on. The only exception to this is that with the Second World War, where there was an exceptional feeling of purpose and patriotic duty." The years between 2005 and 2007 were long enough after war's outbreak that a logistically complicated film might have been made but not nearly long enough that the war was digested by the American public and ready to be made the subject of art; meanwhile, 2010's Matt Damon film "Green Zone" felt like old news after seven grinding years of war.

As the conflict in the Middle East has been a morass, so too have there been various permutations of the war film in the past 10 years. Broaden the terms to include films about the War on Terror, and 2006 looks like a banner year for the well-intentioned flop: the critically beloved "United 93" and the critically sniffed-at "World Trade Center," both about the events of Sept. 11, 2001, failed to catch on meaningfully with audiences. (The inspiring "World Trade Center" did better than the chilling you-are-there "United 93.") And "Jarhead," a retrospective look at the first Gulf War released in 2005, failed to make back its $72 million budget at the domestic box office.

"There's such a realization that the combat is so terribly destructive," said Thomson of audiences' resistance -- a realization aided by the films coming out after Vietnam. Perhaps there will be a second wave of Iraq War films once the war is a bit further removed in history: Thomson cited the recent box-office success of "Zero Dark Thirty" (which came along with endless debates over its depiction of torture) as anomalous. "It's based upon the one glowing success," the death of Osama Bin Laden.

Or maybe there won't be any films about Iraq at all. Said Thomson: "The same era we're talking about has been a time of massive expansion in combat video games." The first "Call of Duty" game, for instance, came out in October 2003. "They are basically triumphant games. They are games in which the player can shoot down so many enemies; you get the feeling of being in combat and winning." Unlike even "Zero Dark Thirty," in which conditional victory comes with a huge human toll, video games are art about war that come with a happy ending.