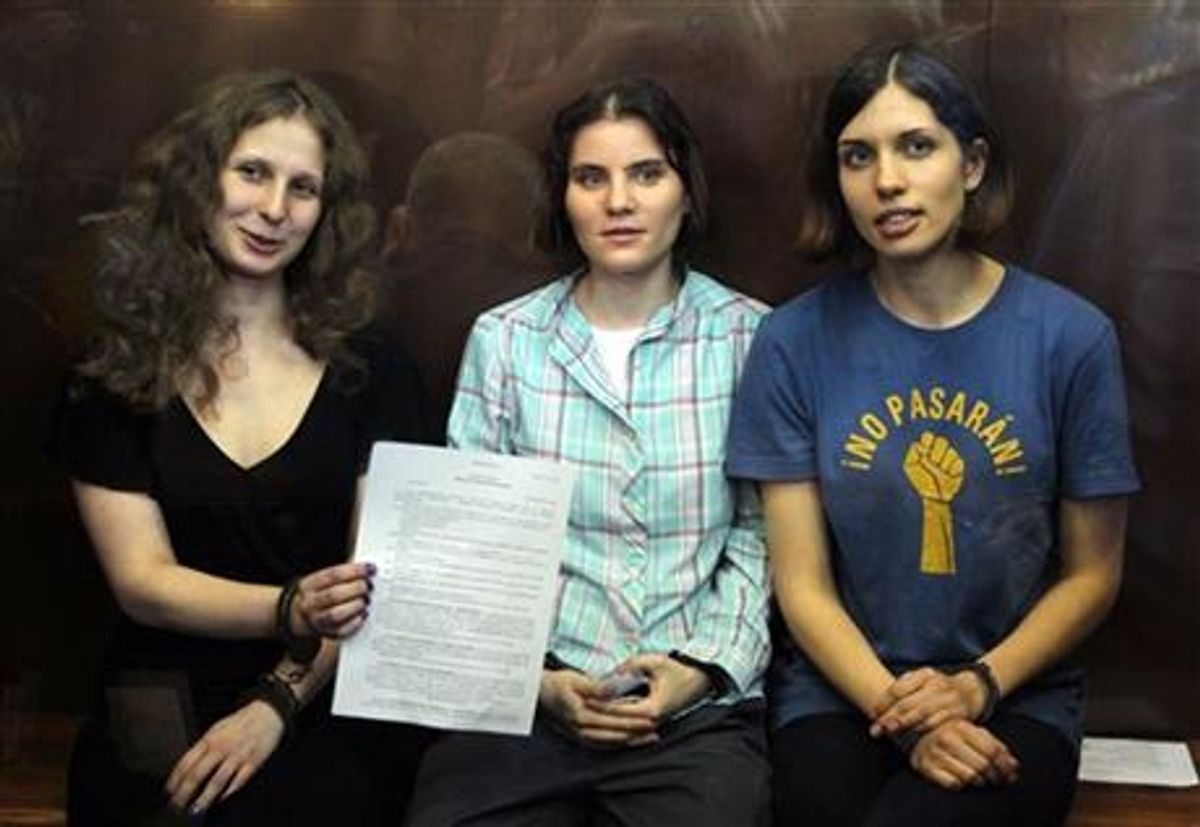 MOSCOW (AP) — Moscow's highest court panel has rejected an appeal by three members of the punk band Pussy Riot against their hooliganism conviction following a protest against Vladimir Putin.

The band performed a "punk prayer" in Moscow's main cathedral shortly before Putin was elected to a third term, entreating the Virgin Mary to save Russia from Putin. The court panel said this offended religious believers and disturbed the peace.

Yekaterina Samutsevich, Maria Alekhina and Nadezhda Tolokonnikova were given two-year sentences last August. Samutsevich was released on appeal, but her conviction was not overturned.