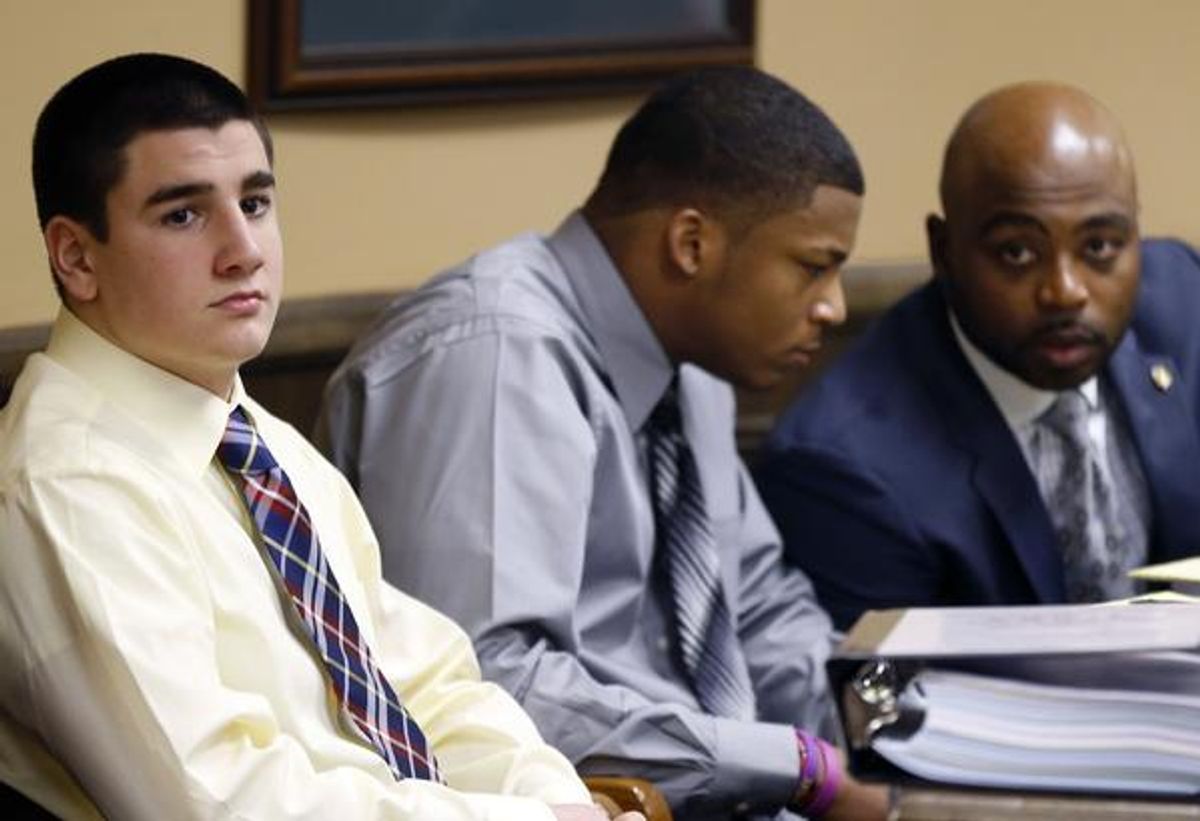 During a Tuesday appearance on "Piers Morgan Tonight," Walter Madison, the attorney for Ma'lik Richmond, explained he would appeal Richmond's rape conviction because his client's brain "wasn't fully developed" when he raped a 16-year-old girl.

According to Madison (emphasis mind):

I don't believe that a person at 75 years old should have to explain for something they did at 16 when scientific evidence would support your brain isn't fully developed ... when evidence in the case would suggest that you were under the influence ...

We have the right to appeal and that is a right we will be exercising.

This is from the same lawyer who had earlier argued that Richmond's 16-year-old victim -- who was nearly unconscious during most of the assault -- had "consented" to sex with his client and Trent Mays.

As Alexander Abad-Santons at the Atlantic Wire notes, neuroscientists have found that teenagers have "underdeveloped decision processing centers," but researchers in that study used their findings to advocate for leniency in sentencing for juvenile offenders -- not a get out of jail free card for teenage rapists.

And leniency is exactly what Richmond received. The 16-year-old was sentenced to a minimum of one year in a juvenile facility, with the possibility of having his record wiped clean at age 21. If Judge Thomas Lipps had opted to try Richmond and Mays as adults, they would have faced first-degree felony charges and years in an adult facility.

There is an important conversation left to be had about the rehabilitative potential (if there is any) of a national juvenile detention system that fails to provide the therapeutic services necessary to reform first-time sexual offenders, but Madison's appeal isn't about getting his client the help he will need. It's an effort to shield Richmond from accountability for a sexual assault he committed. It's an effort to say that rape is OK -- as long as it's a teenager who commits it.