Love thy neighbor: The notorious hate group "thanks God" for the Westboro Equality House 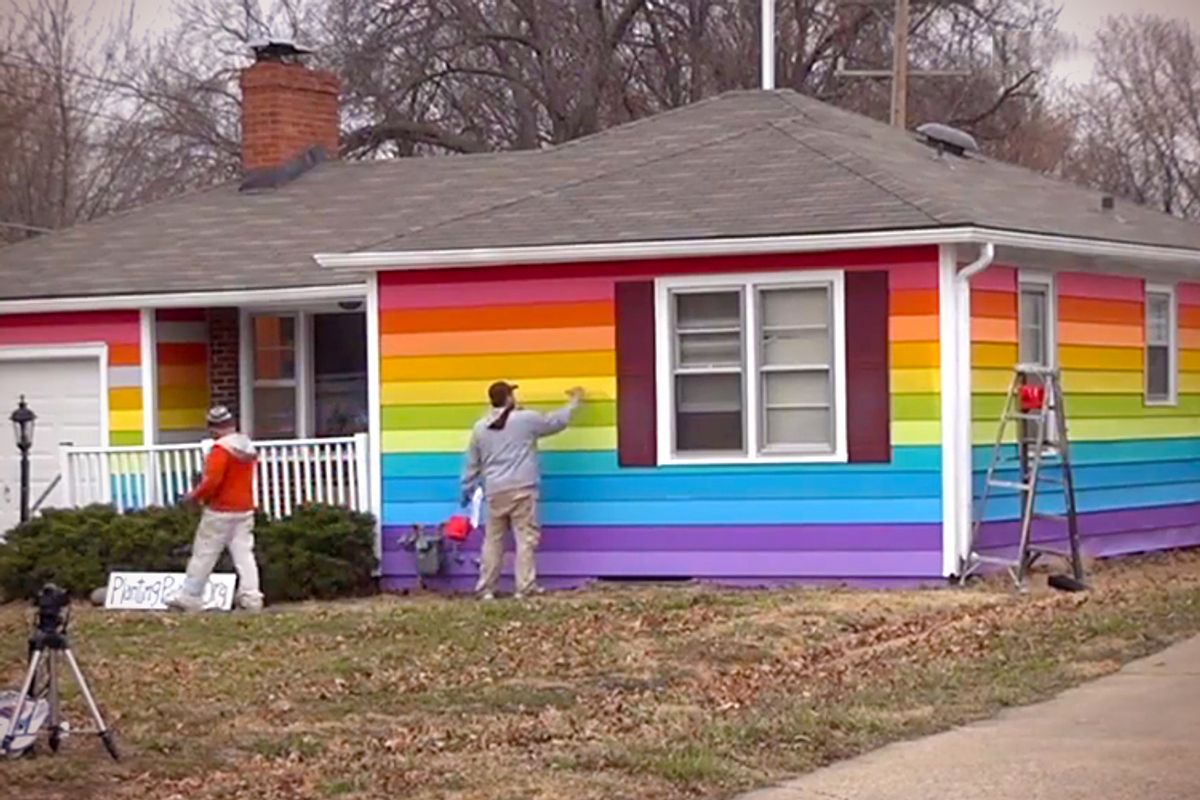 According to Fred Phelps daughter and outspoken Westboro Baptist member Shirley Phelps-Roper, the notorious hate group is a big fan of its new rainbow-hued neighbors at the Westboro Equality House.

All the same, she told Fox News, she thinks it's great publicity. “I love it," she said. "What [Jackson] does is he keeps the eyes of the whole earth on this message. Now every day all people are thinking about is God will not have same-sex marriage.”

Sure. When people look at a rainbow colored pro-equality house across the street from an infamous hate group that pickets the funerals of murdered children, they're almost definitely going to think: "Man, gay marriage is the real problem here."