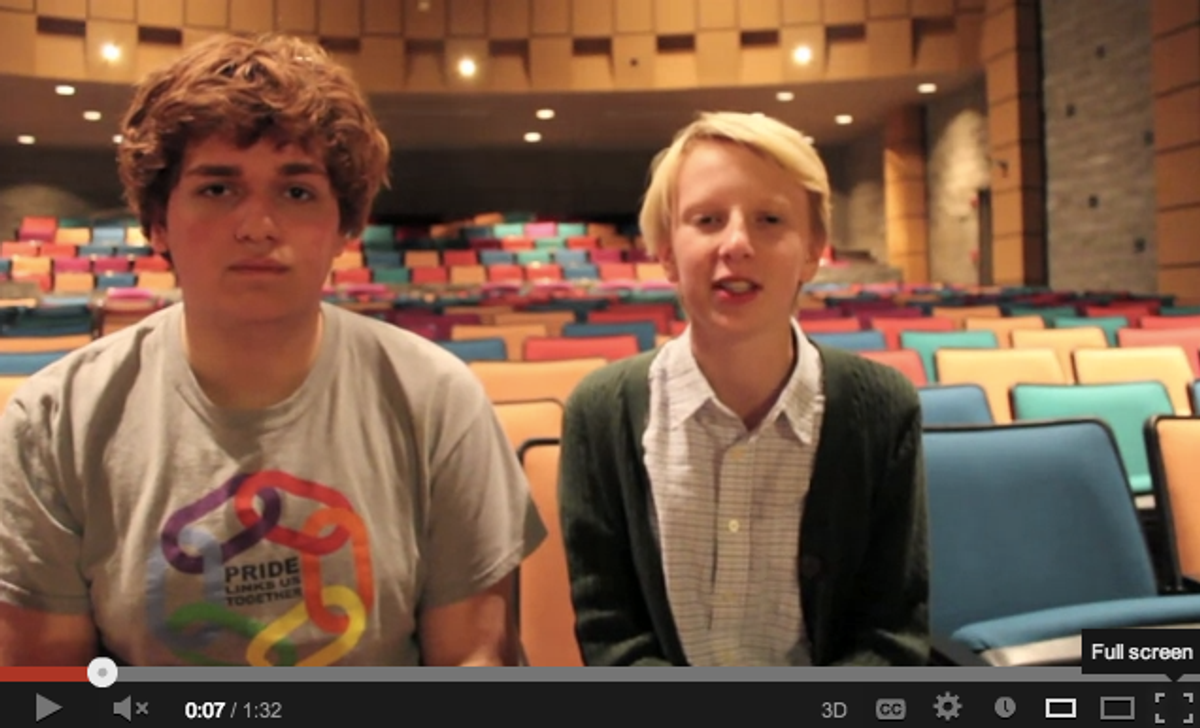 Two Alabama high school students and an unlikely team of state legislators want to repeal a 1992 law requiring educators to teach that being gay is a crime and "not a lifestyle acceptable to the general public.” While there is no evidence to suggest that the sex education law is currently being enforced, the students still want to see the misleading (and hateful) language removed.

High school activists Sarah Noone and Adam Pratt think the law promotes anti-gay bullying, and a bipartisan team in the state legislature may help them in their effort to repeal it -- but for very different reasons.

As reported by the Anniston Star:

Both sides see something to gain in the change. For McClurkin, the elimination of state requirements would free local districts to teach sex education as they see fit — or not at all, if district leaders wish. McClurkin acknowledged that she wouldn’t want any district to teach that homosexuality and heterosexuality are morally equivalent, but she said that’s unlikely to happen in most Alabama districts. She said the state places too many mandates on teachers.

“There’s a long list of things we require from them,” McClurkin said. “And sex education is one topic that’s best taught in the home.”

Todd, who has spent much of her career working in AIDS outreach, said she doesn’t want to eliminate sex education entirely from students’ lives. Still, she said, sex education in Alabama schools already seems to be done very unevenly.

And if followed to the letter, she said, the current law would have educators teaching something that is false.

“I’m just telling them they shouldn’t be teaching things that are incorrect,” Todd said.

You can watch Noone and Pratt's video statement on the repeal effort here: