In a policy statement, the AAP said that same-sex marriage is in the best interests of children with gay parents 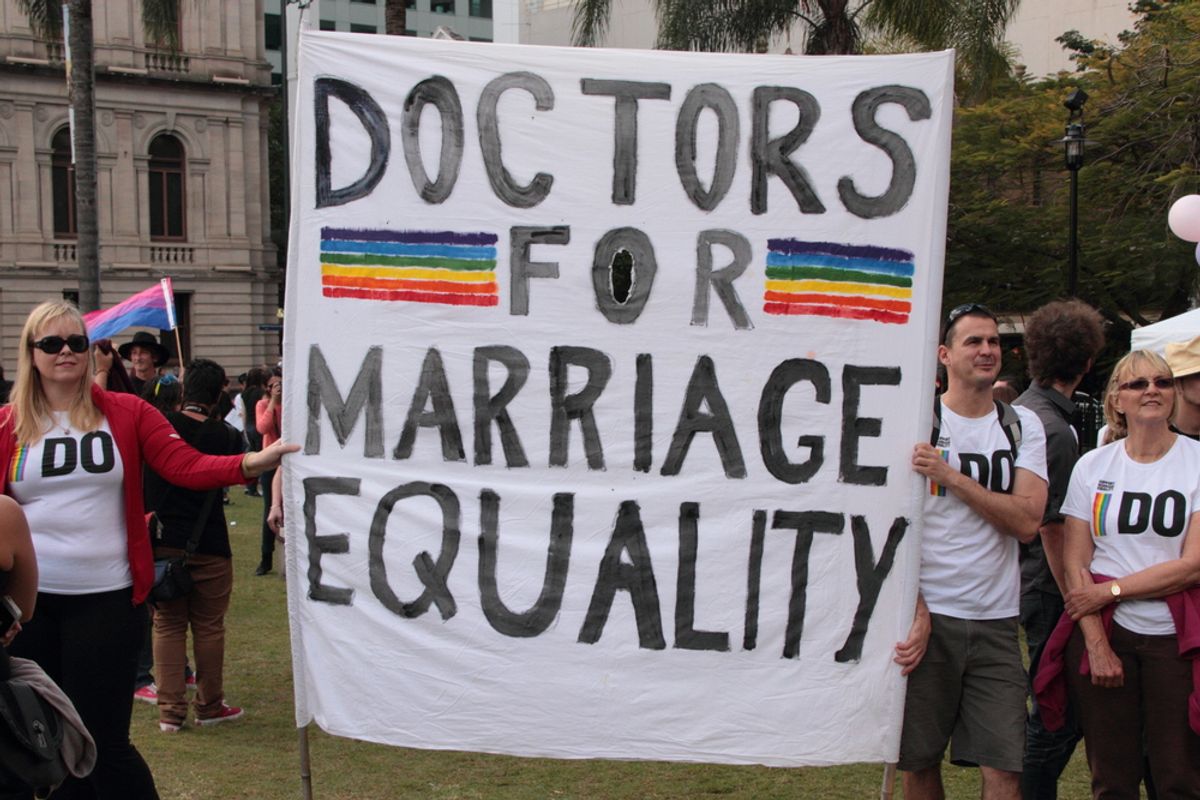 The American Academy of Pediatrics announced its support for gay marriage for the first time on Thursday, saying that allowing same-sex couples to marry is in the best interests of children with gay parents.

On the basis of a review of extensive scientiﬁc literature, the American Academy of Pediatrics (AAP) afﬁrms that “children’s well-being is affected much more by their relationships with their parents, their parents’ sense of competence and security, and the presence of social and economic support for the family than by the gender or the sexual orientation of their parents."

The statement draws on a four-year review of scientific literature on same-sex marriage, with the policy's authors finding that many of the studies, while varied in methodology, came to the same conclusion:

Many studies attest to the normal development of children of same-gender couples when the child is wanted, the parents have a commitment to shared parenting, and the parents have strong social and economic supports. Indeed, current research has concluded that “In all, it is now well-established that the adjustment of children and adolescents is best accounted for by variations in the quality of the relationships with their parents, the quality of the relationship between the parents or signiﬁcant adults in the children’s and adolescents lives."

“If the studies are different in their design and sample but the results continue to be similar, that gives scientists and consumers more faith in the result,” Dr. Ellen Perrin, a co-author of the new policy and a professor of pediatrics at Tufts University School of Medicine, told the New York Times.

The academy also made recommendations concerning adoption and foster parenting, calling for policies that allow couples and individuals to adopt and foster children "regardless of sexual orientation":

If two parents are not available to the child, adoption or foster parenting remain acceptable options to provide a loving home for a child and should be available without regard to the sexual orientation of the parent(s).