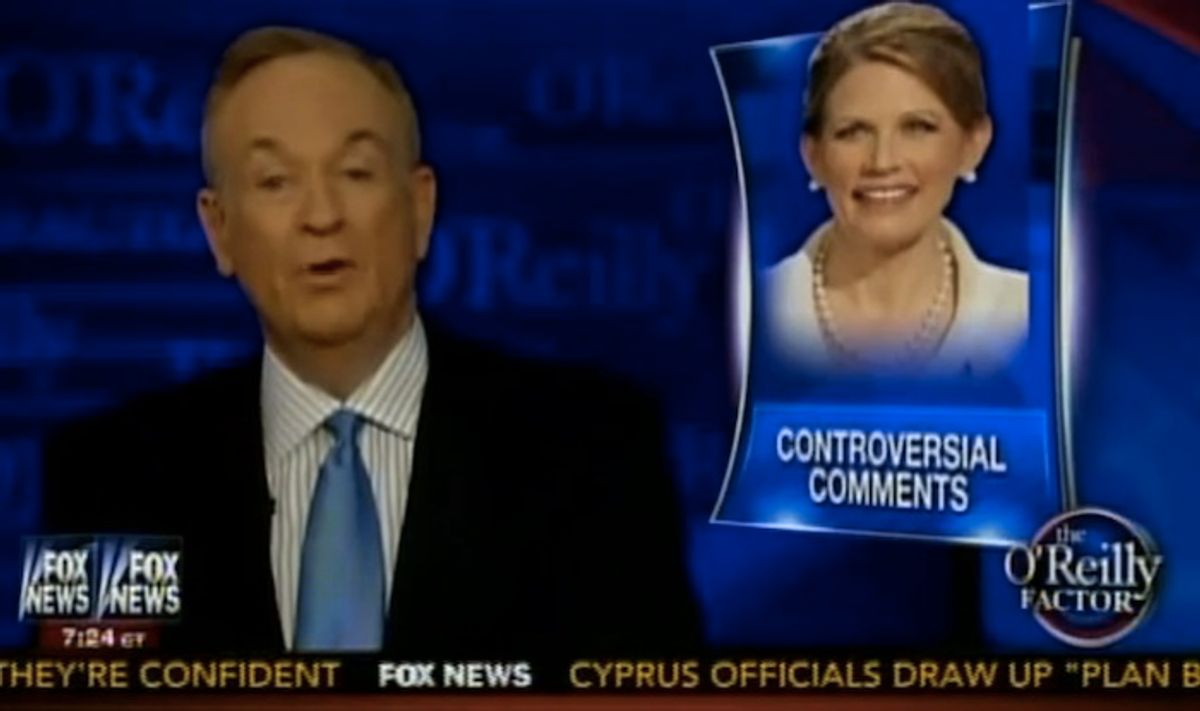 On Fox News on Wednesday, Bill O'Reilly criticized Michele Bachmann for her attacks on President Obama's "lifestyle of excess" (which mostly turned out to be false), and for avoiding follow-up questions about it - first from CNN reporter Dana Bash, then from O'Reilly himself.

"Now, this would be much ado about nothing, if not for the fact that trivial attacks on President Obama are obscuring serious problems in this country," O'Reilly said, also noting that "every other president in history has lived in comfort, and it looks like President Bush the younger had a bigger White House budget than Barack Obama does."

"This is a trivial pursuit, and Michelle Bachmann made a mistake pursuing it," he added.

Bachmann had slammed Obama last week in her CPAC speech for his presidential "perks" that waste taxpayer money, specifically citing the Secret Service, the White House dog-walker, and movie nights.