On "Morning Joe," Scarborough issued a correction for saying Pelosi was "beating the drums of war" 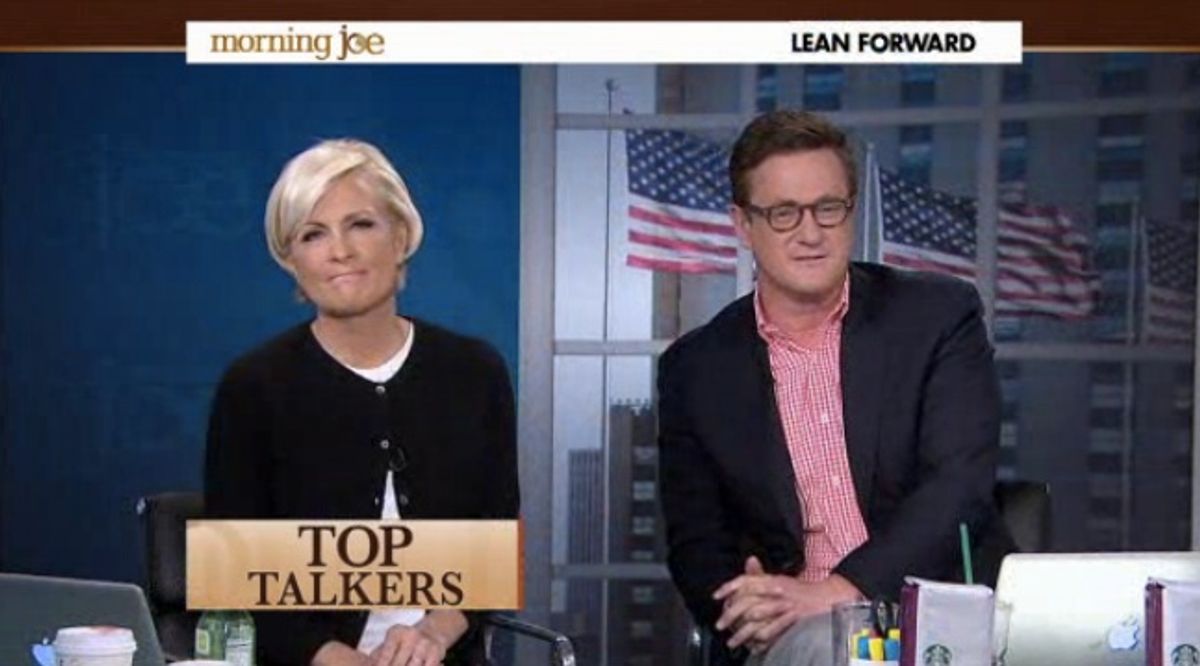 On Thursday's "Morning Joe," Joe Scarborough and Mika Brzezinski apologized and issued a correction for showing selectively edited footage of Nancy Pelosi that Scarborough described as Pelosi "beating the drums of war."

Salon's Alex Pareene pointed out that in a video segment to commemorate the Iraq War, Scarborough had said in a voice-over that "the very same people who spent years beating up George Bush were the very ones beating the drum for Iraq's regime change and Saddam Hussein's ouster." The video then shows Pelosi saying, "I applaud the president's focusing on this issue, and on taking the lead to disarm Saddam Hussein," but leaves out her remarks afterward that "I rise in opposition to this resolution on national security grounds."

"In fact, it seems like she got it just about right," Scarborough said in Thursday's segment, as he and Brzezinski apologized.

As Foreign Policy points out, Joe and Mika did not also apologize for erroneously accusing Sen. Carl Levin of flip-flopping on the war.