Obama gets heckled, then cheered in Israel

"This is part of the lively debate that we talked about. This is good," he said [UPDATED] 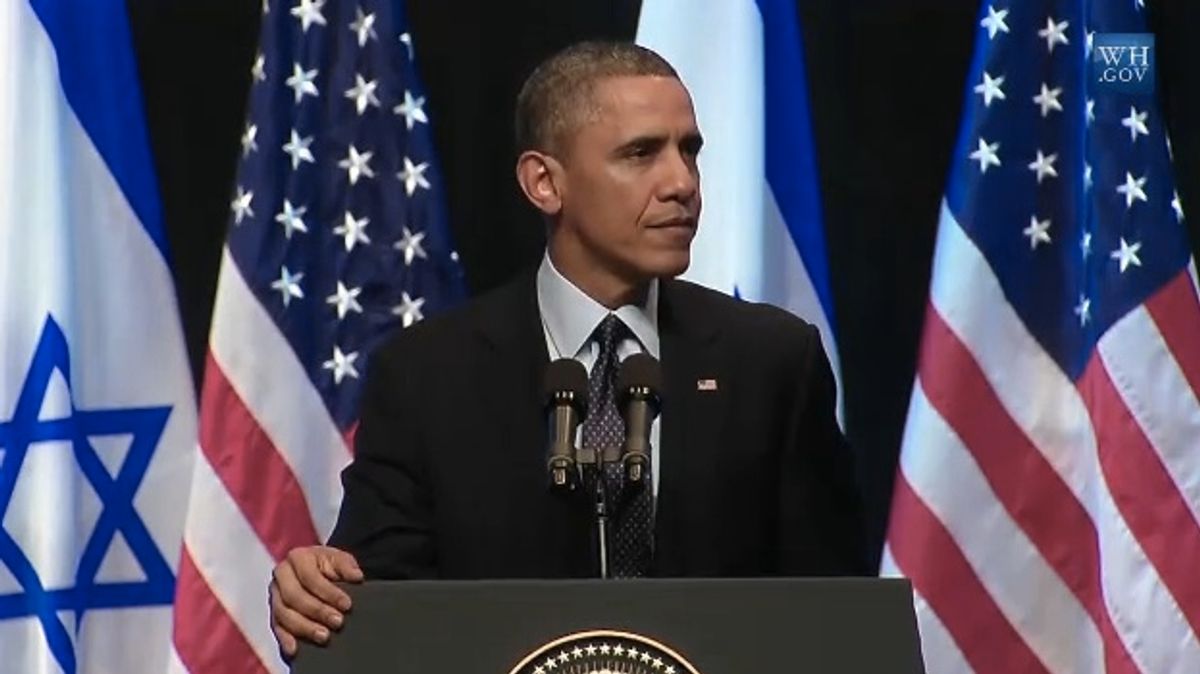 President Obama was heckled by an audience member during a speech in Jerusalem, but then quickly turned it around when the crowd started to boo. "No, no. This is part of the lively debate that we talked about. This is good," he said to loud cheers.

"You know I have to say we actually arranged for that because it made me feel at home," Obama joked. "I wouldn't feel comfortable if I didn't have at least one heckler."

Correction: An earlier version of this post cited incorrect reports that the heckler was referring to Jonathan Pollard, an American who has been in prison since the 80s, after pleading guilty to passing classified information to Israel. The New York Times reports that the heckler was in fact an Arab-Israeli student from Haifa who was shouting “against the occupation and for the liberation of Palestine.”