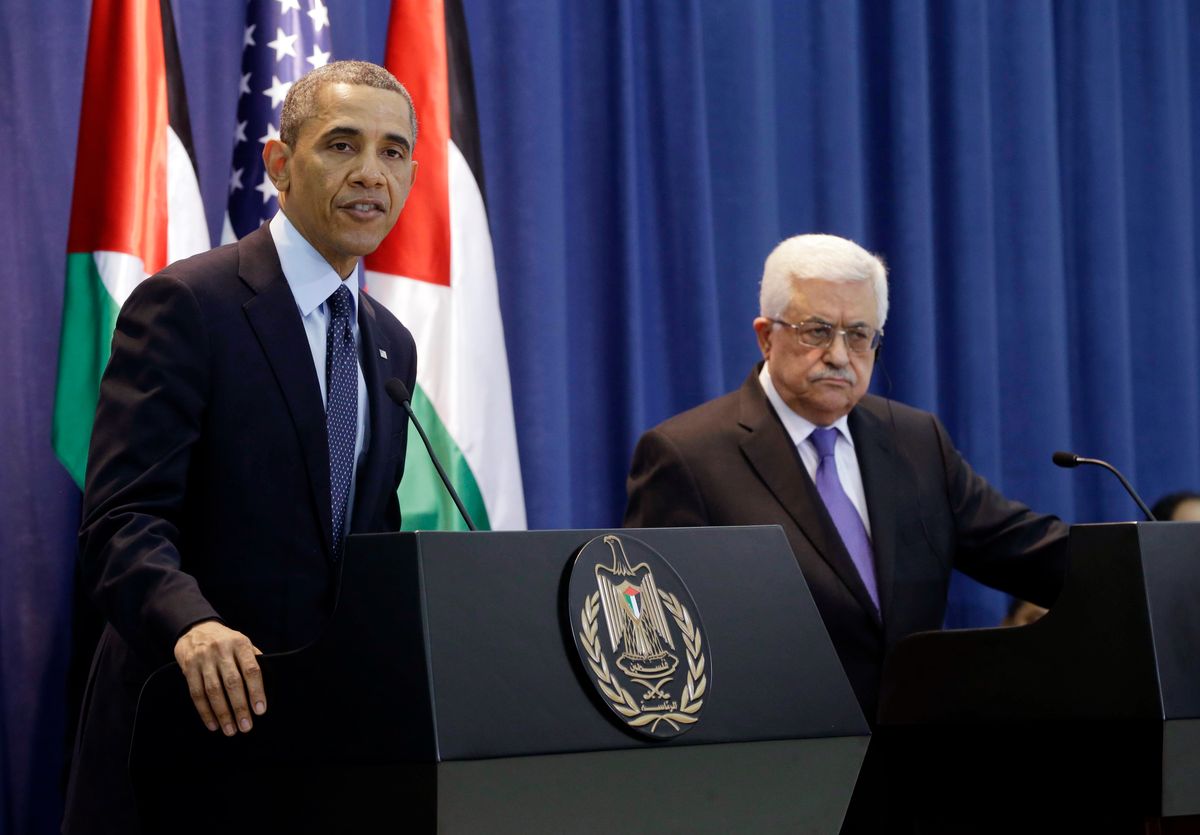 He says the activity does not advance the cause of peace.

But he suggests that Palestinians should not make it a condition to resuming peace negotiations with Israel. He says there's no point to negotiations if the expectation is that everything must be figured out in advance.