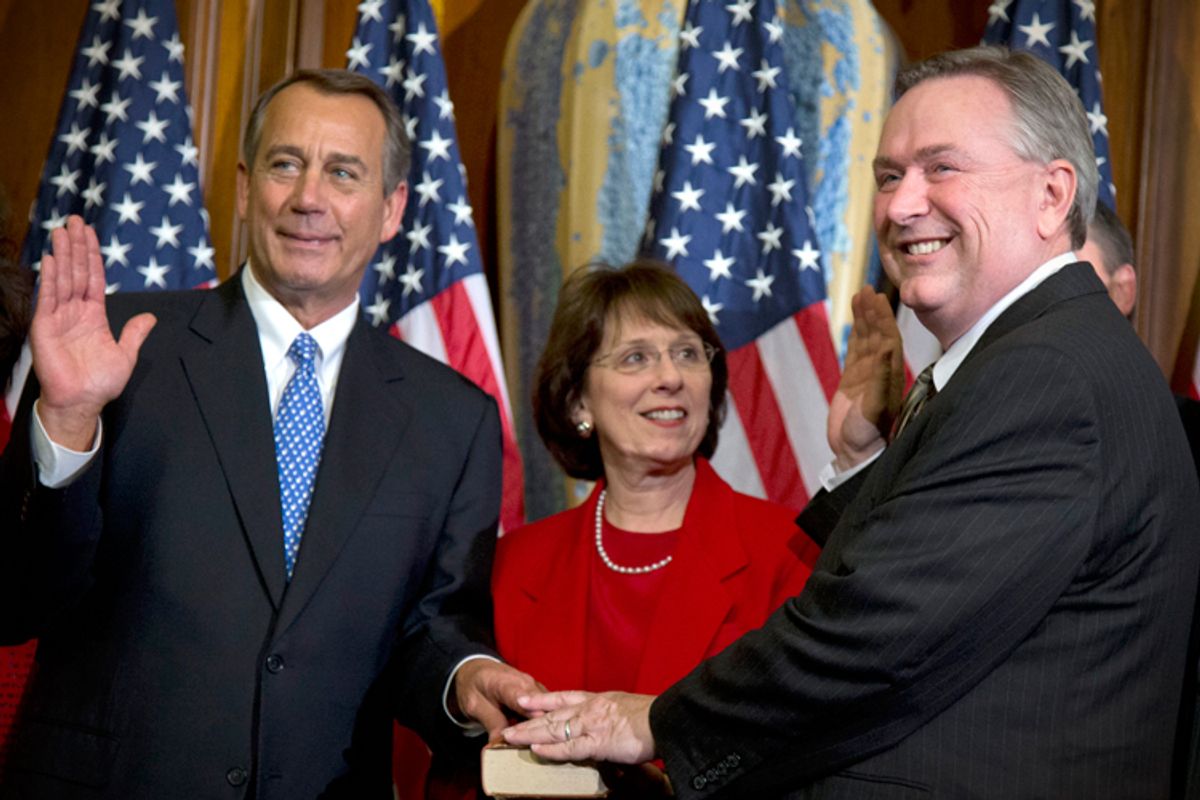 Texas Rep. Steve Stockman is quickly filling the vacuum left in Congress by the departure or silencing of other bomb-throwing Tea Partyers like Allen West. Stockman was the guy who invited Ted Nugent to the State of the Union address (he had to vow ahead of time that he wouldn't interrupt the speech); he's introduced legislation to prohibit schools from instituting "gun free zones" in the wake of Sandy Hook; he's threatened to impeach Obama over gun control; he's compared Barack Obama to Saddam Hussein; he's dissed transgender people; he's mocked a fellow congresswoman's sartorial choices, etc., etc.

And he seems to relish the role of provocateur, often taking to his Twitter account to dish out conservative red meat or controverisal jokes. Stockman has been around for a long, long time, but he's been increasingly active lately and seems to be making moves to position himself as a new Michele Bachmann -- someone equally loved on the far right and loathed on the left.

Provoking outrage is the path to that particular variety of stardom so, lo and behold, today he tweets this:

The best thing about the Earth is if you poke holes in it oil and gas come out.

Funny thing about liberals hating oil and gas - they're expressing it on computers made from petrochemicals. Why do liberals hate science?

There is reportedly $1 trillion in oil off the coast of California. But liberal hatred of science and human progress keeps them bankrupt

Yes, the best thing about the Earth is being able to poke holes it in, because that always works out well.