Hypocrisy alert: Child labor and blocked fire escapes are somehow too offensive to be allowed on an iPad 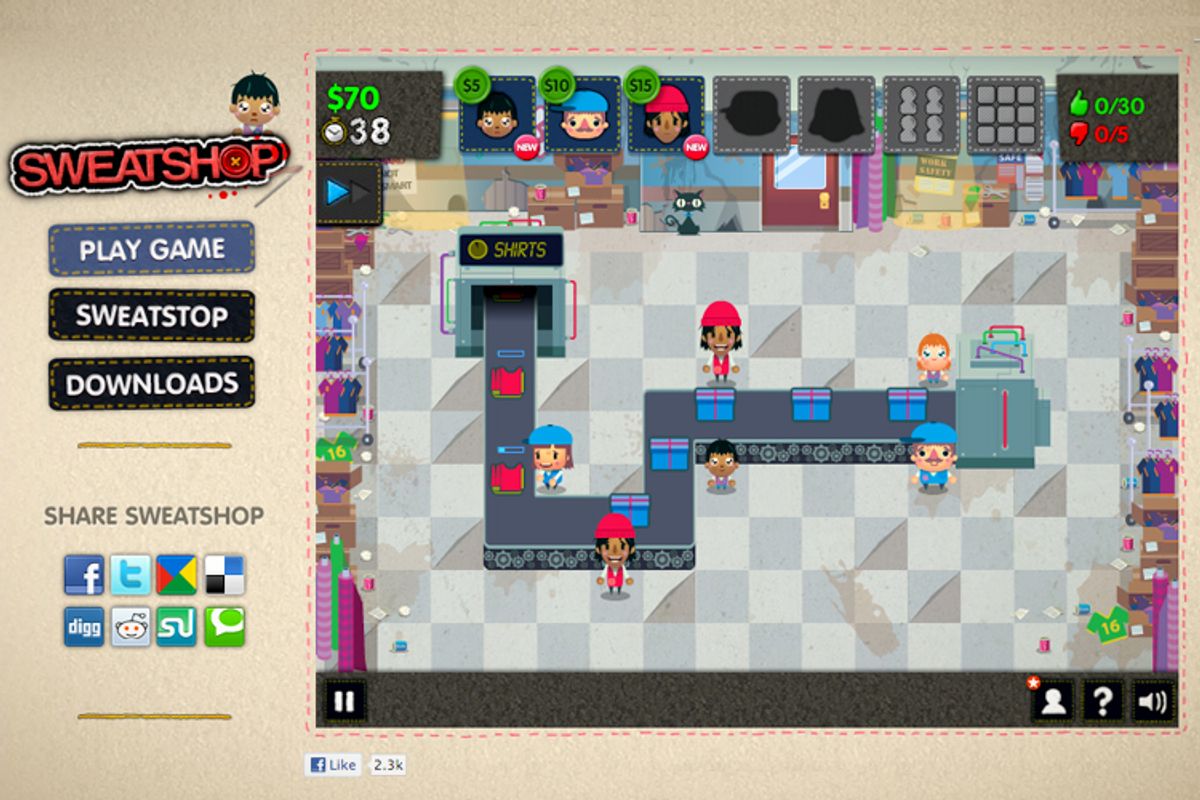 Imagine you are the modern equivalent of Upton Sinclair, shopping your great muckracking novel about the working conditions of immigrants in a Chicago slaughterhouse, "The Jungle," around to publishers.

Except that unlike 1906, when there were multiple publishing houses, there's only one or two left in the entire world. And the biggest, most prestigious, most popular publisher in the world happens to have an editorial policy against "offensive" content. You can't get much more yucky than the turn-of-the-century Chicago meatpacking industry, so, Upton Sinclair,  you are out of luck. Try writing a romance novel, next time.

Crazy, huh? But that scenario came immediately to mind when I read about Apple's decision to reject a sweatshop game from its App Store, on the grounds of similar "offensiveness."

Pocket Gamer's Mark Brown has the story (which I found out about via Slashdot).

Littleloud's head of games, Simon Parkin, told Pocket Gamer that "Apple removed Sweatshop from the App Store last month stating that it was uncomfortable selling a game based around the theme of running a sweatshop."

"Apple specifically cited references in the game to clothing factory managers 'blocking fire escapes', 'increasing work hours for labor', and issues around the child labor as reasons why the game was unsuitable for sale."

Let's be clear here. "Sweatshop" is not a game for people who want to delight in exploiting child workers. It is a straightforward political tract, a heavy-handed consciousness-raising exercise designed to spread awareness about brutal labor conditions.

After playing through a couple of levels, I can't call it the most riveting game-play experience I've ever had. It's a lot more didactic than addictive. But that's not the point. Apps don't get banned by Apple for being lousy. The only possible people who could be offended by this game are employers who actually do block fire escapes and otherwise mistreat workers. And you know what,  it's OK to piss them off.

The irony alert aspect of Apple banning a sweatshop game probably doesn't need to be underlined. But the bigger problem here is the fact that one company can have such a massive choke hold on a major distribution platform. You can go play "Sweatshop" as a free Flash game via the Web if you'd like, so it's not as if the muckrakers of today have no options at all. But it's still disconcerting. One Apple manager decides a politically charged game is "offensive" and a zillion iPhones and iPads and iPods can't have that app. Upton Sinclair would not be amused.

UPDATE: Upton Sinclair would really not have been amused to know that I brain-farted Sinclair Lewis into his place in the original version of this post.