Jordan's treatment of Palestinian refugees from Syria is a disgrace. Here's why Obama should say so during his trip 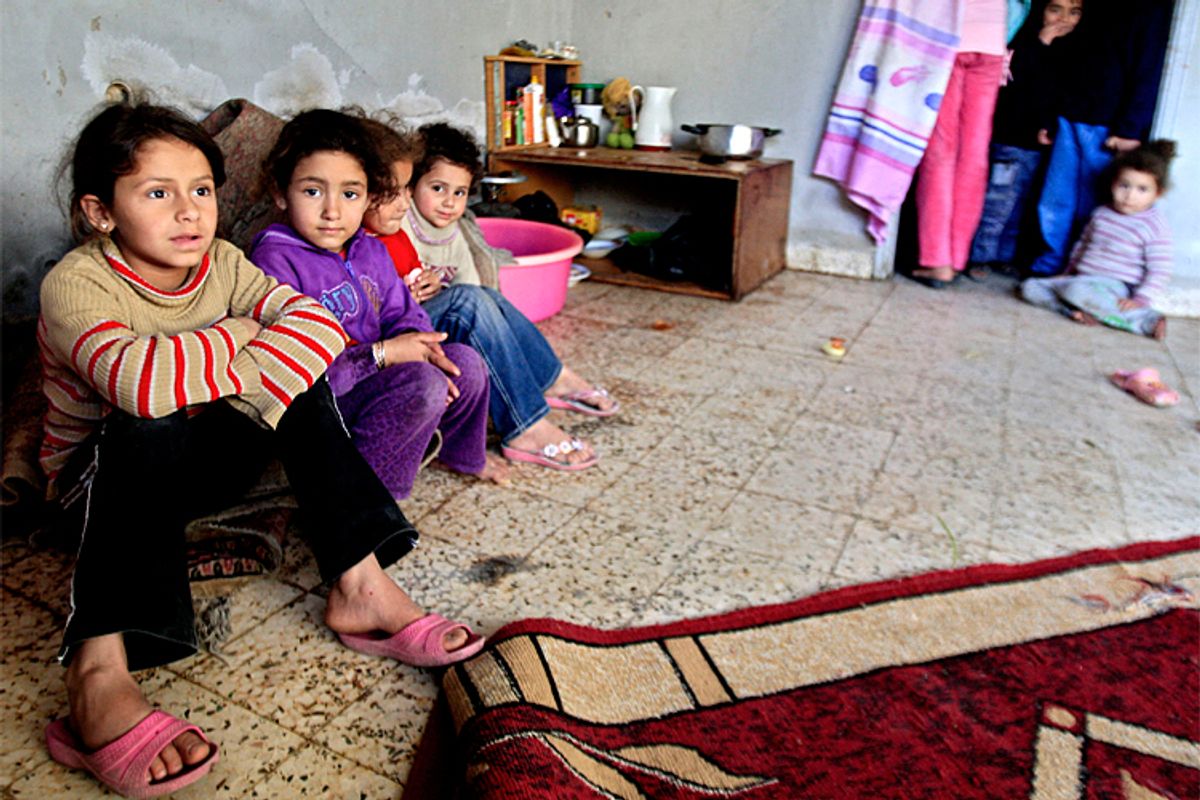 During his visit Friday to Jordan, there's little doubt President Obama will praise it for its hospitality toward some 350,000 Syrian refugees. While praise and support for Jordan’s reception of many Syrian refugees is deserved, the president should not give Jordan a free pass when it comes to its forcible returns of Palestinian refugees to Syria.

During interviews we conducted in Jordan in January and February, a Syrian refugee told us what the Jordanian authorities said to him as he approached the border with his Palestinian wife:

‘You can come, but she is not allowed because she’s Palestinian.’ I told them our house is burned down and that we have no house to go back to. The Border Patrol officer said, ‘That is not our problem.’ I begged him. My wife and children were begging and crying not to be sent back. He said, ‘It is impossible,’ and put us in a military vehicle and took us to the border.

Jordan has made no secret of its policy. In October, Prime Minister Abdullah Ensour publicly announced Jordan’s policy to reject Palestinian refugees from Syria when he told the Arabic-language daily Al-Hayat, “Jordan has made a clear and explicit sovereign decision to not allow the crossing to Jordan by our Palestinian brothers who hold Syrian documents.”

Jordan should recognize that everyone, including Palestinian refugees, has the right not to be forcibly sent back to Syria or any other country to face the risk of death and serious harm — a violation of the bedrock international refugee law principle of non-refoulement.

Despite the difficulties of crossing at the border, a relatively small number of Palestinians from Syria (4,569 as of early March, according to the U.N. Relief and Works Agency for Palestine Refugees) have managed to enter Jordan. Some of these Palestinian refugees from Syria have full Jordanian citizenship and crossed into Jordan at the official border crossing, while others have managed to enter with false documents. About 200 Palestinians who entered at the beginning of the crisis, when Jordan had a more lenient policy on border entry, are being detained at a facility called Cyber City near the border town of Ramtha.

In some cases, Jordan is forcibly returning Palestinian refugees from Syria who have been living inside Jordanian territory. And if anyone doubts the threats people face when they are returned, what happened to Mahmoud Murjan is a devastating example. He and his wife and children had been living in Cyber City, a place where the few Palestinians who have managed to enter Jordan are detained. Jordan claims that he signed a voluntary repatriation form, but we interviewed someone who said he had spoken to Murjan on the phone as he was being returned on Sept. 25. Murjan told him that he did not want to return and that the authorities who took him to the border threatened to shoot him if he did not continue walking back into Syria.

Murjan was killed in his home in Syria 20 days later, after armed men came into his house, shot him in the leg in the presence of his wife and children, and pulled him into a car. Later that day, his body, showing marks of torture, was dumped on the street in front of his father’s house.

Jordan, of course, has a difficult and complicated history with Palestinian refugees and bears a disproportionate refugee burden, having been the country of first asylum for four major waves of refugees in the past 65 years: Palestinians in 1948 and 1967; Iraqis from 2003 to the present; and Syrians since March 2011. President Obama should lead the international community in helping Jordan to meet the challenge of this latest humanitarian emergency. In doing so, however, the president of the United States should ensure that the human rights of all asylum seekers from Syria are respected.