Jay Leno to Fox? Why network affiliates might hold up a deal 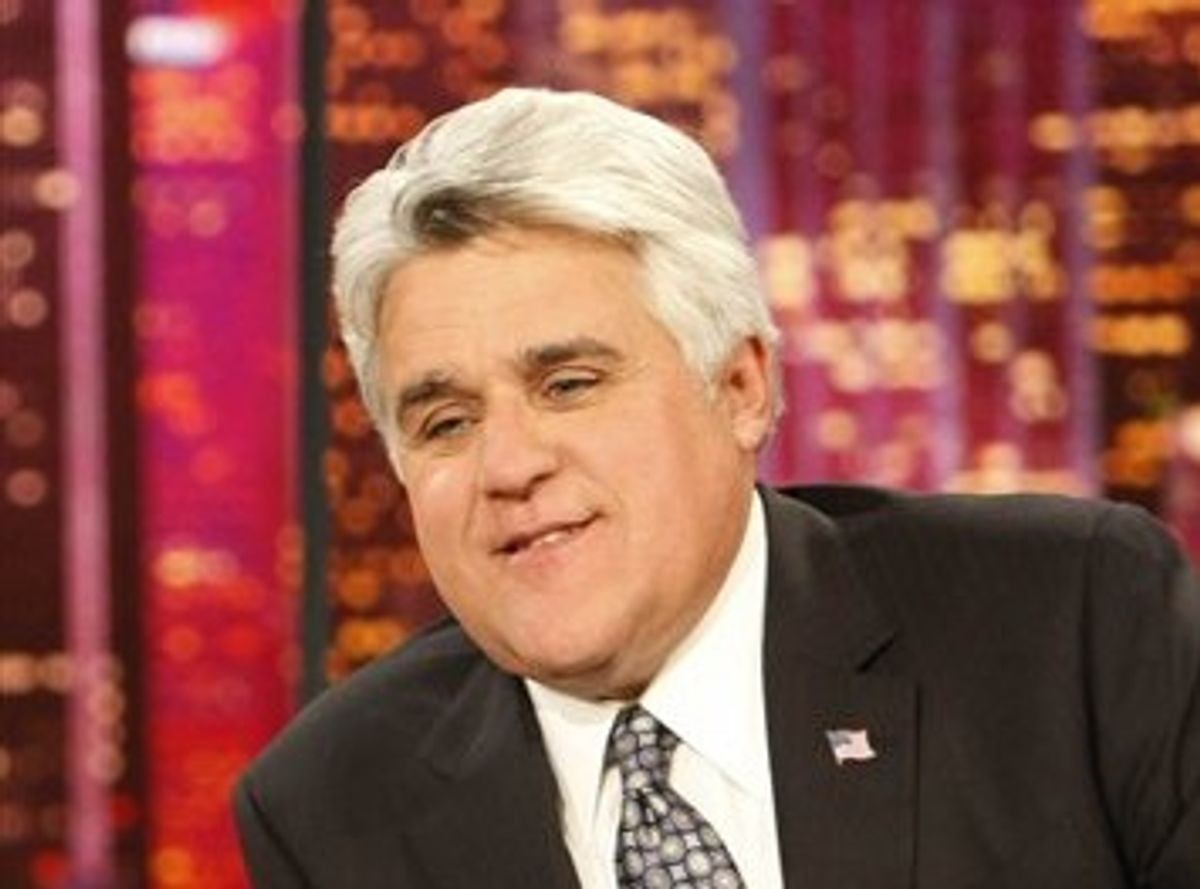 The New York Post reports that its sister company, Fox, may give Jay Leno a new home if and when he's pushed out at NBC's "Tonight Show" -- and it's a familiar story with a different protagonist.

In 2010, Conan O'Brien was rumored to be negotiating with Fox for a late-night franchise after his own "Tonight" ouster, but numerous press outlets reported that the snag came from the affiliate stations; local channels that air Fox's broadcasting in prime-time don't have the late-night hours reserved for national broadcasts, but rather for lucrative and popular syndicated programming that varies from market to market. (In New York, for instance, late night on Fox includes "30 Rock" and "The Big Bang Theory"; in Chicago, it's celebrity gossip programs "TMZ" and "Dish Nation.")

Affiliates accustomed to choosing their own programming for years (syndicated programs shift as new shows become available -- it's gotten a bit harder to find "Seinfeld," for instance, since "Big Bang Theory" and "The Office" became available) may balk at losing an hour just as they did when O'Brien was the subject of debate. And Fox affiliates have more leeway than most to set their own schedules -- unlike CBS, NBC, and ABC, Fox still only has two hours of national programming a night.

Fox's history with late-night TV is brief and ugly -- "The Chevy Chase Show" aired for just five weeks in 1993, while Joan Rivers's "Late Show" was a case study in the difficulties affiliates can cause national programming. The acerbic, urbane Rivers "dies in Des Moines, Iowa, and Fargo, North Dakota," said one affiliate manager when Rivers was fired without any advance warning to the affiliates in 1987.

No wonder affiliates might be gun-shy. But Leno in 2013, unlike O'Brien in 2010, has a fan base that's demonstrably stuck with him: he leads the late-night field (with diminished numbers, as is true across the industry) even after his reputation took a major hit with the O'Brien imbroglio.

Tim Brooks, a television historian who has worked for USA and helped launch the Sci-Fi Channel, said that the benefits to Fox might outweigh discontent from the affiliates: "Late night is very attractive to a network (even taking into account their owned stations) because it is such a high profit low cost -- and potentially long lasting -- franchise, once the show gets started."

And a network can overpower their affiliates: the last time Leno got a show other than "Tonight," the 10 p.m. NBC series "The Jay Leno Show," a Boston NBC affiliate threatened not to broadcast the ultimately low-rated show. They ultimately bowed to NBC pressure. The network, with the full complement of its prime-time slate, can override a complaint about a single programming decision.

“If Fox were to present the right business plan, the affiliate board would be interested," said the president of the affiliate board in the Post's report. While it's still speculative, the plan may hinge on whether Leno's fanbase would seem to make affiliates from Detroit to Tampa even more money in the long run than "Big Bang Theory" re-runs.